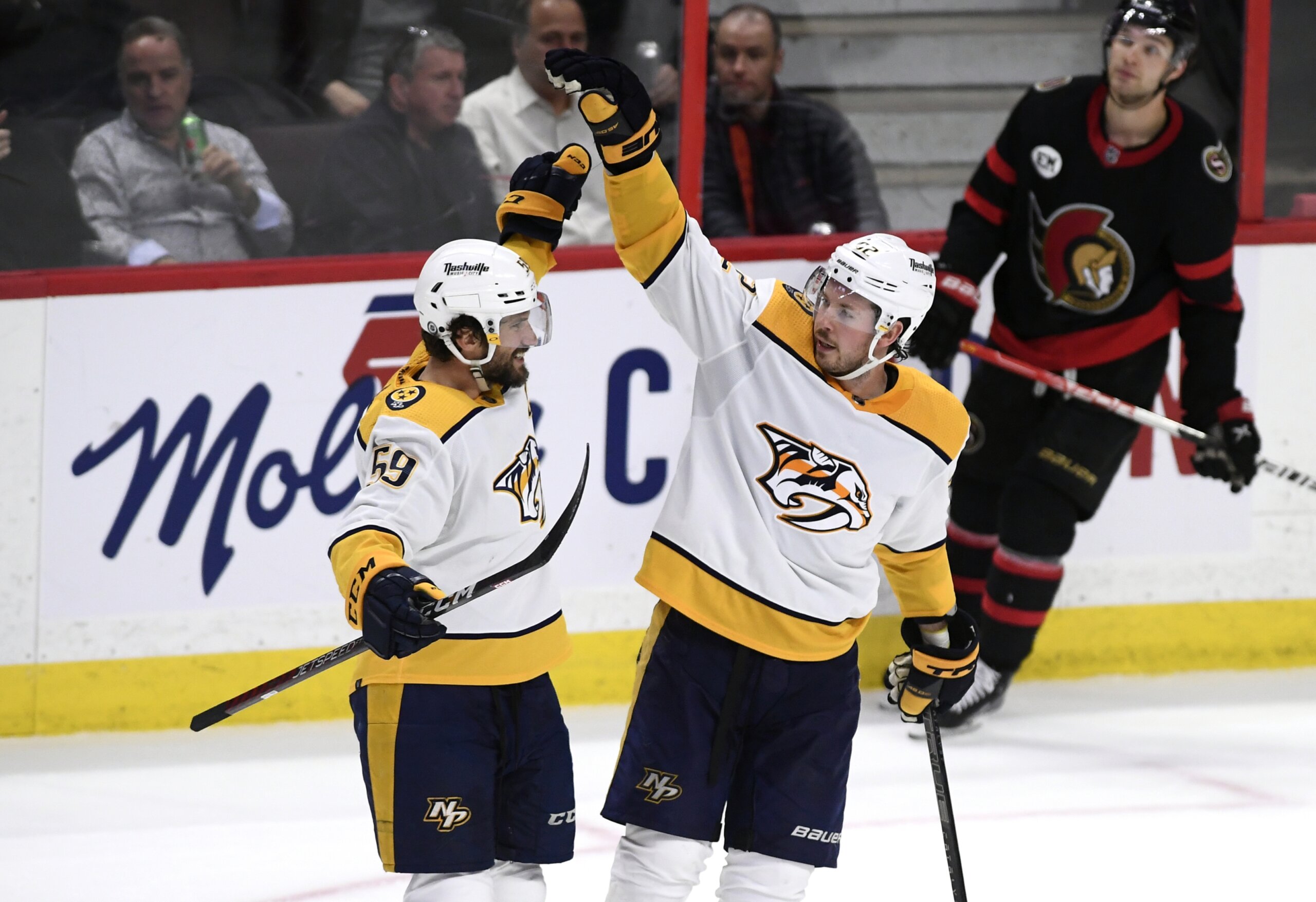 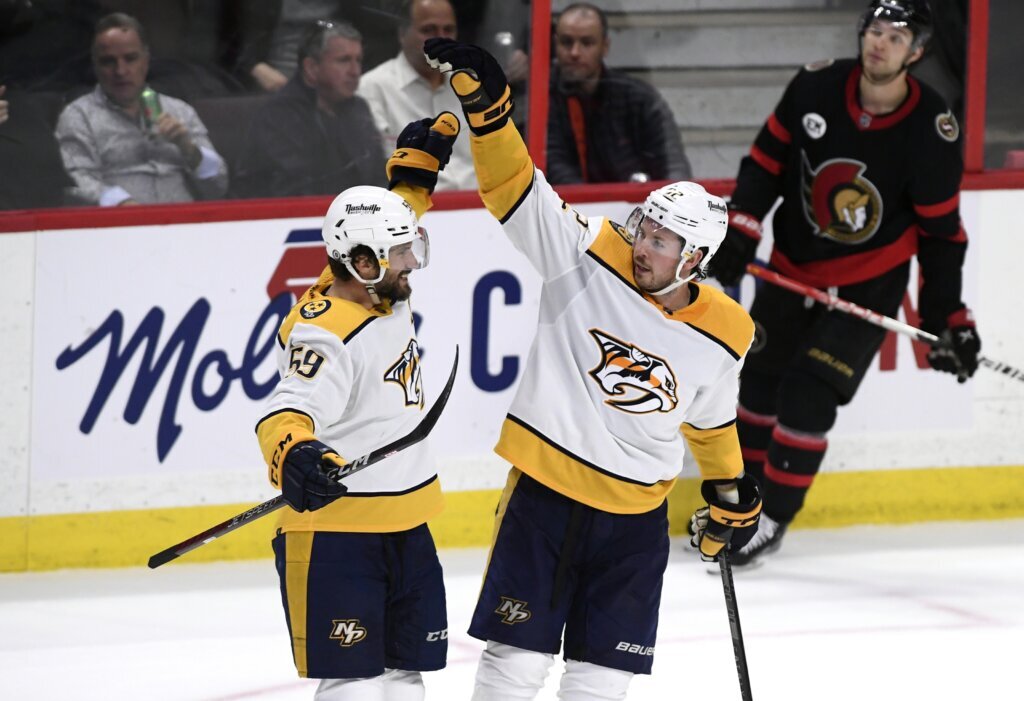 OTTAWA, Ontario (AP) — Roman Josi had three assists and the Nashville Predators erased a one-goal deficit in the third…

OTTAWA, Ontario (AP) — Roman Josi had three assists and the Nashville Predators erased a one-goal deficit in the third period to defeat the Ottawa Senators 3-2 on Thursday night.

“We talk lots about mental toughness and physical toughness, and those are the things,” Predators coach John Hynes said. “Ottawa’s a hard team to play against.”

Ryan Johansen scored on the power play at 12:38 of the third period, but it came with some controversy. Josi’s point shot appeared to be knocked down by a high stick from Matt Duchesne before Johansen tapped the puck in. The play was reviewed, but the goal stood to give the Predators the lead.

“I thought it was, but there was no clear proof that he touched it,” Senators coach DJ Smith said. “It’s unfortunate and I thought at first it was, but after looking at it you can’t tell.”

Duschene and Tanner Jeannot had Nashville’s other goals, and Juuse Saros made 28 saves.

Mathieu Joseph and Josh Norris scored for the Senators, who had snapped their three-game winning streak. Anton Forsberg made 31 saves.

Norris gave the Senators their first lead at 4:36 of the third period when his pass attempt hit Josi’s skate, came right back to him and then he beat Saros to make it 2-1.

The lead and frustration for Josi didn’t last long as the Predators captain blasted a shot from 10 feet inside the blue line and Jeannot was later credited for tipping it in past Forsberg at 7:48 to tie it at 2.

Hynes praised his captain for his steady play throughout the season. Josi has 19 goals and 87 points in 68 games.

“I think his numbers speak (for themselves), but I just think it’s really impressive,” Hynes said. “All of us — the coaches, the players, all of you guys, the fan base — you’re around a player that is a highly, highly talented guy, unbelievable character, the way that he plays the game, continual improvement.

It was a busy first two periods — 81 shot attempts, 42 hits and 32 penalty minutes — but just two goals. That was despite the Senators missing back-to-back break away opportunities in the second period and 1 minute, 16 seconds of five-on-three play spanning the final 30 seconds of the first period and into the second.

The lone goal of the first came on a slow-moving two-on-one during which Duchesne slipped a pass from Mikael Granlund past Forsberg at 8:32 giving the Predators a 1-0 lead.

In the second period, Erik Brannstrom hit Joseph in stride crossing over the Predators blue line, and Joseph beat Saros at 15:32 to tie it at 1.

“I thought the guys battled hard. (Forsberg) was so good in net for us, so was Saros,” said Joseph, who has 10 points in his last four games. “It was a tough game. We knew they needed a win and they played hard from the get-go. Some unfortunate bounces for us, but I really liked the effort from the guys.”