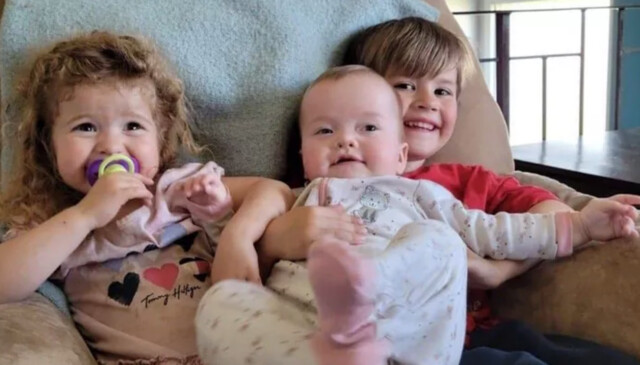 A mother of three from Kamloops has been out of work for months after breaking her hip and sustaining a concussion in a motorcycle accident last month.

Melissa Toews has organized a GoFundMe fundraiser for her sister, Michelle, who was injured in the crash north of Kamloops on June 22.

†[She was] Driving up Paul Lake Road and getting stuck in gravel, thrown in a ditch and hospitalized for a week with a broken hip, rib and now post-concussion syndrome,” Toews told Castanet.

Michelle is a mother of three children, all under the age of five, and the youngest is only nine months old.

“We are so thankful she is okay, but she has a long road to recovery and on top of that she needs to support her three children in some way,” Toews said.

Toews lives in Vancouver, and she thought starting a GoFundMe to help her sister would be one way she can help.

“I know it’s not easy for anyone right now, but I hope if you can contribute something to support food, diapers, bottle feeding, rent and other payments that this mother and her children can stay alive while she can’t work, we would be eternally grateful to you,” Toews wrote on her GoFundMe page.

“I hope we can raise enough to at least hire a part-time nanny…to help with the kids, because I can’t imagine having to look after the three of them all by myself; it’s too much for one person to handle.

Toews noted that her sister works as a medical lab assistant, but her injuries prevented her from working for at least three months.

†[She] will apply for medical EI, but it barely covers her rent,” Toews wrote. “She’s not someone who expects anything from anyone and always helps everyone. I hope we can give something back to support her in this.”