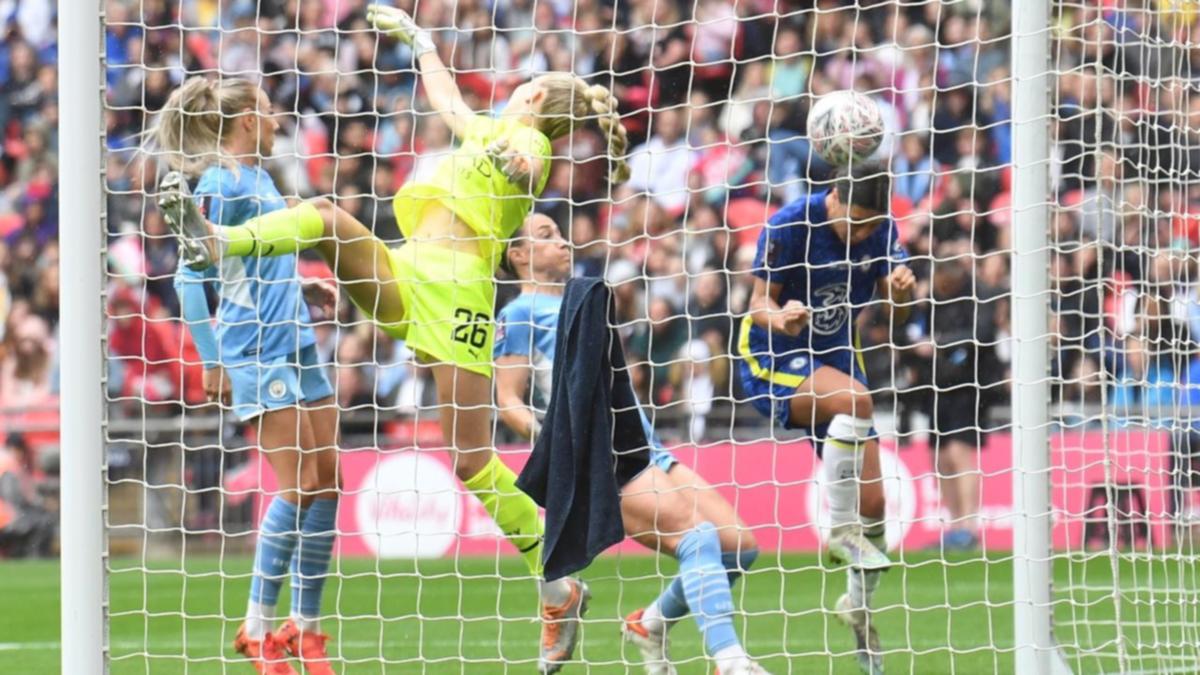 Sam Kerr has scored two goals at Wembley to help Chelsea win the Women’s FA Cup, repeating her success in the 2021 final when she also struck twice.

The Matildas captaincy grabbed a mistake by Australian team-mate Alanna Kennedy for the winner in Sunday’s final and sealed the win after another compatriot, Hayley Raso, scored for City to force extra time.

Kerr opened the scoring after 33 minutes and scored for the fourth consecutive domestic final.

With 15 minutes to go, City took Raso off the bench and scored a brilliant equalizer in the 88th minute.

Nine minutes into extra time, Kennedy tried to clear a play that allowed Kerr to race away from the center line.

Her shot, aided by a heavy deflection from Alex Greenwood, proved decisive.

It was cruel to Kennedy, who otherwise would have been excellent.

The winner of the Golden Boot of the Women’s Super League was the target of a poacher.

England defender Millie Bright was on the right wing, sending a quirky cross that seemed to misjudge goalkeeper Ellie Roebuck.

Kerr, however, had read the flight perfectly and arrived a few inches from the goal line at the far post to head the ball in.

City were dragged back into the game eight minutes later by England’s rising star Hemp.

The winger got Bright to his feet before slashing in and curling a shot inside the far post.

Cuthbert recovered Chelsea’s lead, cracking it in a 20-yard shot that went off the crossbar.

Raso’s introduction revived City and they balanced themselves as she took a long pass from Greenwood to her chest, kept Chelsea skipper Magda Eriksson at bay and converted brilliantly.

But as so often, Kerr had the last word.