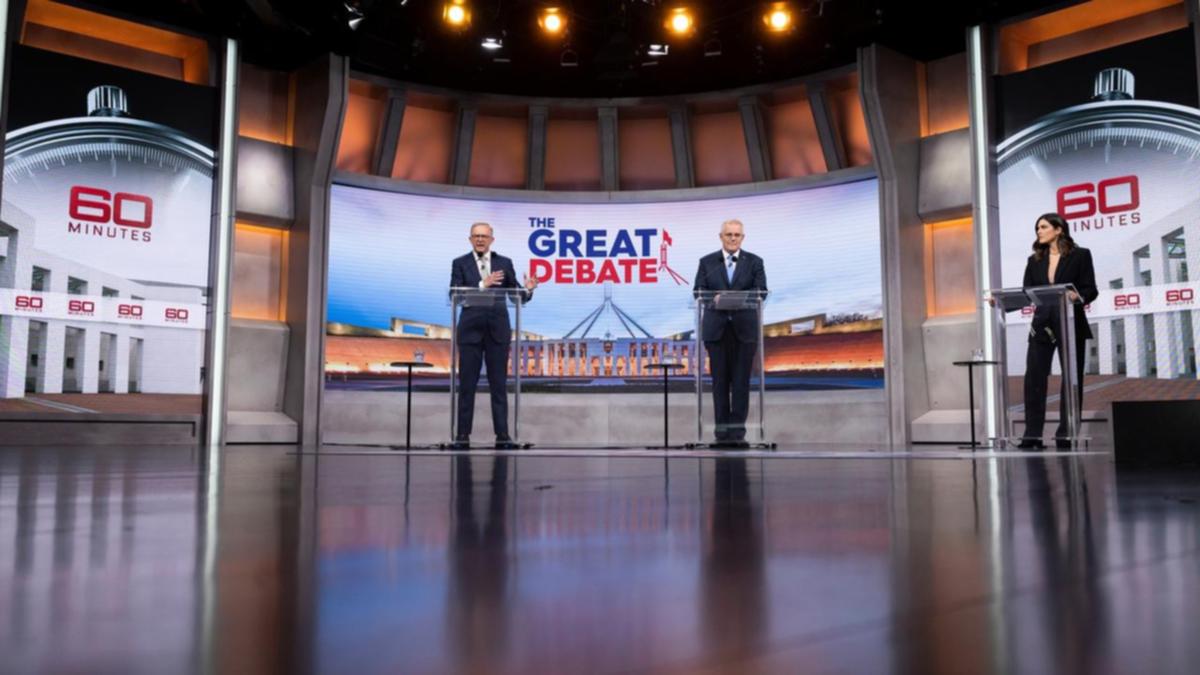 MAIN ISSUES FROM THE SECOND DEBATE:

* Prime Minister Scott Morrison admitted it was “wrong” to say it wasn’t a race when it came to securing the Australian government’s vaccine stock.

*Mr Morrison defended his handling of the borders during the pandemic, which included banning citizens from returning to Australia at certain times to avoid overrunning the hotel’s quarantine system.

* Both leaders would not commit to extending fuel tax cuts beyond September.

* Mr Morrison said that while the government cannot control international influences on the economy, it can exert downward pressure on inflation by managing money.

* Mr Albanese said Labor had practical plans to make a difference in the cost of living, including providing Australia with renewable energy, cheaper childcare and no pressure on inflation.

* The prime minister said he had never seen corruption on his side of politics.

* Labor has pledged to legislate to establish a federal anti-corruption commission by the end of the year, if elected.

* Both leaders clashed over energy policies, claiming the other’s policies would raise prices.

*Mr Albanian reiterated Labour’s commitment to renewables, while Mr Morrison said the coalition would not commit to “irresponsible targets” to cut emissions.

* The Prime Minister said the election was not a popularity contest, but pointed to his ability to unite his party after the 2019 election as a testament to his character.

* Mr Albanian said Australians knew what he stood for as he had shared values ​​throughout his life, including supporting a fair day’s wages for fair day’s work and supporting essential universal services.

* Both leaders exclude negotiations with independent candidates on their policies.

* Mr Morrison claimed that Labour’s ‘Help to Buy’ scheme – under which Australians would qualify for a contribution from government equity – is a ‘forced sale’ scheme.

* The leaders fought over Darwin harbor and blamed each other for selling the lease to the Chinese government.

* Mr Morrison claimed that the “loudest voices about being pro-Beijing come from (the Labor Party)”, which Mr Albanian called an “outrageous slur”.

* Mr Morrison said the problems in aged care were not the result of nine years in coalition government, but rather the past 30 years. He credited himself with being “the whistleblower” on aged care by calling a royal commission in the sector.

* Mr Albanese said Labor would work with the sector to ensure it could implement all of the Royal Commission’s recommendations.

* Both leaders agreed that more needed to be done to solve parliamentary problems in the workplace.

* When asked if he thought he had a problem attracting women, Mr Morrison answered no. He said his government had invested in tackling domestic violence and announced election pledges to fund endometriosis and IVF support.

* mr. Albanian would not commit to launch an investigation into the treatment of the late Senator Kimberley Kitching, but described her death as a tragedy. He said Labor would implement all 55 recommendations of the Respect at Work report.

* When asked how they defined the word “woman,” both leaders agreed that the definition was an adult woman.