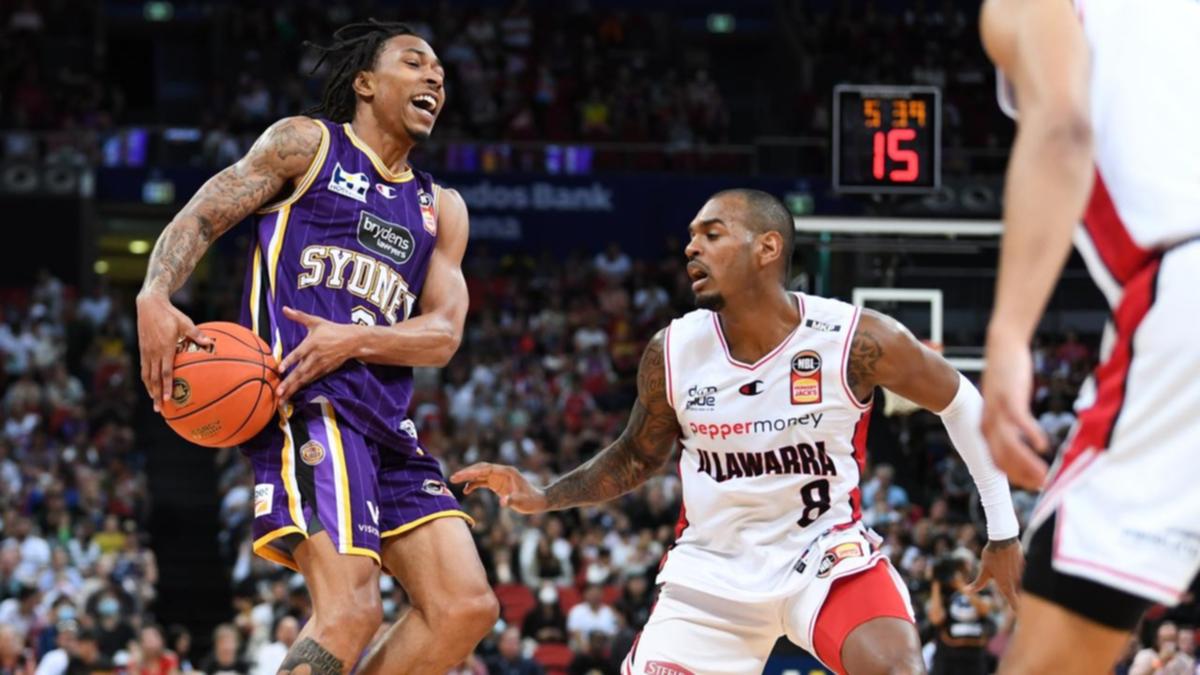 Newly crowned NBL MVP Jaylen Adams has underlined his status with a brilliant display to lead the Sydney Kings to the grand final, thanks to a 99-87 home win over the Illawarra Hawks.

Sydney trailed by a whopping 15 points for most of the middle quarters, but Adams hit a series of big shots in the second half to lead them to a 2-0 semi-final series sweep.

He finished with a game-high 29 points and shot 62 percent from the field, including four of the seven long bombs.

Tyler Harvey scored 21 points and Duop Reath 20 for the Hawks.

Adams hit a three-pointer with about a minute to go to give Sydney a five-point buffer that broke the Hawks’ resistance.

It’s Sydney’s seventh time making it to the grand final and Chase Buford becomes the first of 13 Kings coaches to win his first series of finals.

Sydney will face the winner of Monday’s third game between Melbourne United and the Tasmania JackJumpers.

It was the first time since the first of his 22 consecutive NBL semifinals that Hawks coach Brain Goorjian was swept.

The visitors led just 35 seconds into the opening quarter, making the first and last bucket, with a three-pointer to Justinian Jessup giving them a 23-22 lead.

The Hawks held the lead throughout the second quarter, beating Sydney 31-22 to take a 54-44 lead at halftime.

A three for Dejan Vasilijevic gave Sydney a five-point lead, but the Hawks went on a 9-0 run to lead with four, before Adams took over.