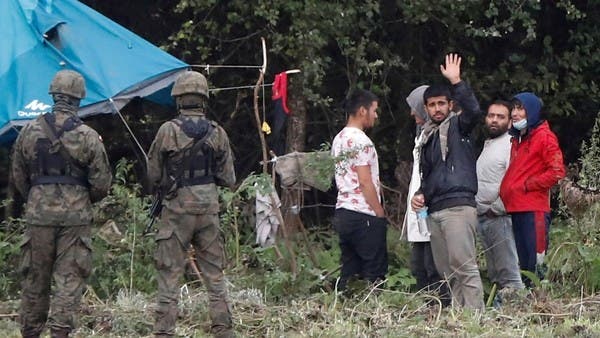 Ten Kurdish asylum seekers in Poland entered their third week of hunger strike on Friday to protest what they described as prison-like conditions and a slow immigration process.

“The strike started on May 4,” said Dagmara Bielec, a spokeswoman for the Polish Border Guard.

She added that the six Iraqis and four Turks have applied for asylum and are staying at an immigration center in Lesznowola, near the capital Warsaw.

A spokesman for the hunger strikers told AFP that nine of them had arrived via the border with Belarus and had now spent several months “locked up” in the center.

Speaking on condition of anonymity, the man described the strikers as “very weak, and some of them also started refusing drinks”.

The asylum seekers are protesting the terms of their detention, which include food, limited telephone and internet access and difficulties contacting lawyers.

Since last year, thousands of migrants and refugees – mainly from the Middle East – have knocked on the door of the EU member via the border with Belarus.

Poland has accused the Belarusian regime of orchestrating the influx and has responded with the construction of a barbed wire fence and alleged pushbacks.

Rights activists have condemned the strict approach, pointing out that Poland has simultaneously welcomed Ukrainian war refugees with open arms.

Bielec said that “the center’s staff continued to talk to the strikers about their terms and legal situation, particularly in an effort to convince them to stop the hunger strike… but to no avail.”