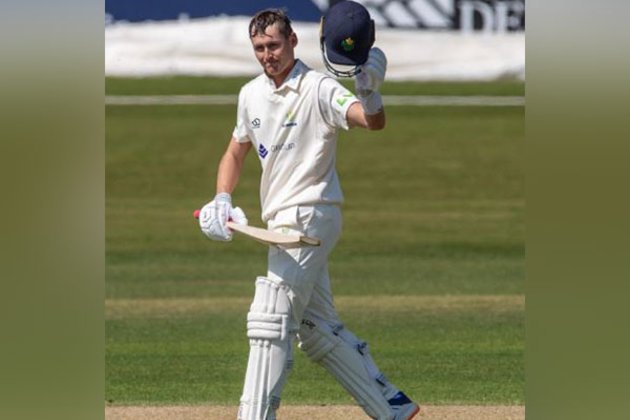 London [UK]June 7 (ANI): Ready to rejoin national duties for the tour to Sri Lanka, Australia’s No. 1 Test batter Marnus Labuschagne thanked Glamorgan County for the chance to be a part of the ongoing county season .

“Thank you everyone at @glamcricket for another season. Cardiff feels like my home away from home because of all the great people around the club, and I’ve enjoyed playing with this bunch of guys. Go Glam,” Labuschagne said on Instagram.

In the County Championship Division Two, Labuschagne had a solid performance. In five matches, he scored 377 runs at an average of 41.88, with the best score of 130. He scored a century and two half-centuries for his side. He also took 10 wickets for his side.

In the T20 Blast competition that followed, the batter came forward six times, scoring 118 runs at an average of 23.60 and the best score of 41. He also took three wickets for his match.

The batter had joined the side for the 2019 season. In his first season, he had scored 1,114 runs in ten games at an average of 65.52. He scored five centuries and five half-centuries for his side that season. His individual best score was 182.

After his exploits in the championship, he had earned another call-up to the national team. The batter, who came on as a concussion substitute for Steve Smith in the 2019 Ashes, progressed at a rapid pace to become the world’s top test batter.

In 2019, the batter resigned from Glamorgan for two more seasons after the Ashes. But after COVID-19 prevented him from playing in 2020, Labuschagne signed an extension until the 2021/2022 season.

Australia is coming to its national side and will start their three-game T20 series against Sri Lanka from Tuesday. After that, there will be five more ODIs and two Tests. (ANI)