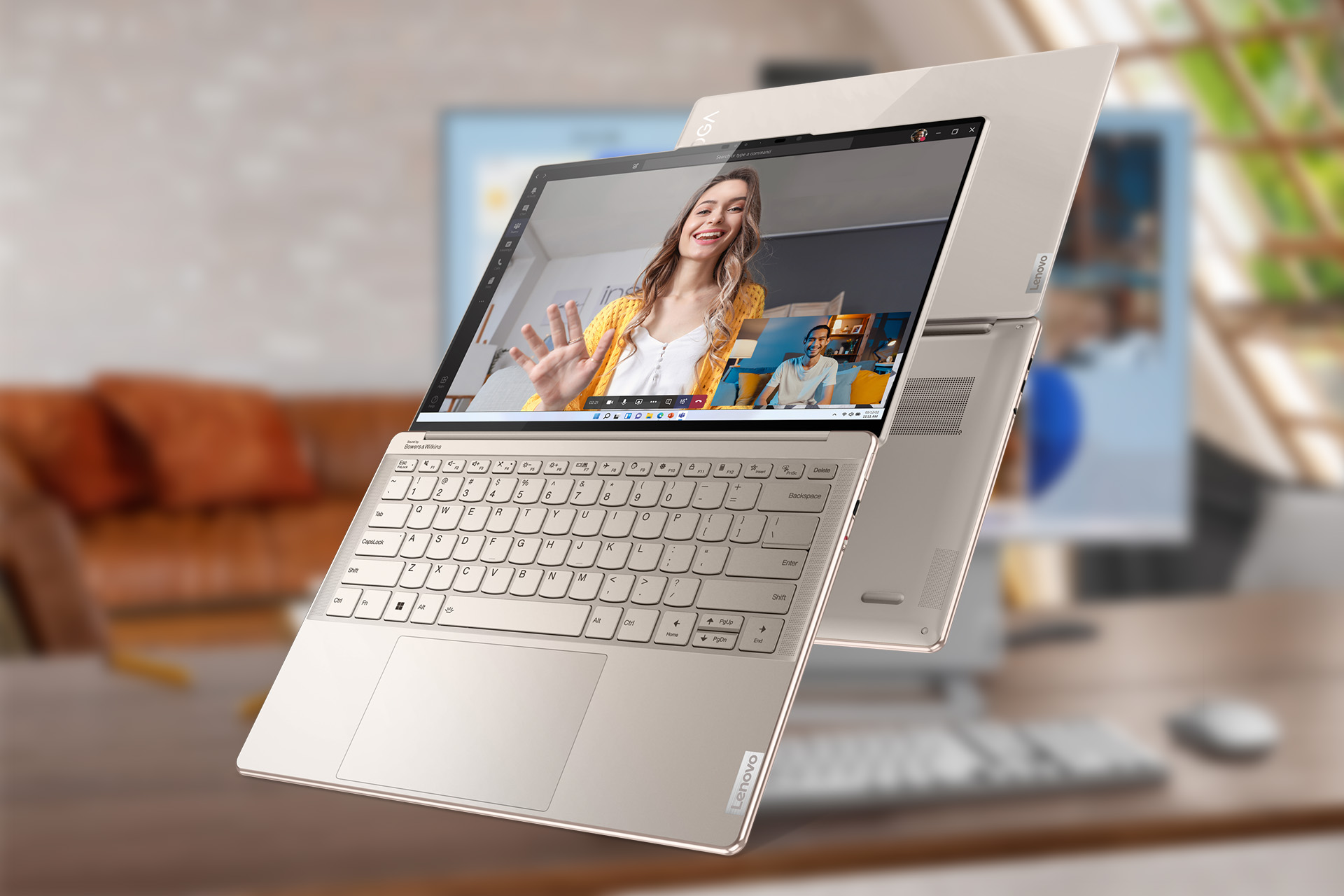 The new range is led by the flagship Yoga Slim 9i, a 14-inch carbon neutral certified laptop made for productivity and strong portable performance. Under its oatmeal-colored hood, the Windows 11 Yoga Slim 9i uses 12th-generation Intel Core processors, up to 32GB of RAM, and a terabyte of SSD storage. Depending on your preference, the 16:10 display comes in high resolution as a 4K OLED PureSight touchscreen variant, which is also Vesa certified with an HDR 500 rating.

Next up in the new Lenovo roster are the Yoga Slim 7i Pro X and Yoga Slim 7 Pro X, two 14.5-inch laptops built for content creation, such as photo and video editing. On the back of a 3072 x 1920 display with an adaptive refresh rate of 120 Hz, these laptops can be equipped with NVIDIA GeForce RTX 3050 laptop GPUs, ideal for visually intensive tasks in addition to gaming. Between the duo, the main difference is your choice of CPU. Available in Dark Teal or Cloud Gray, the Yoga Slim 7i Pro X uses 12th Gen Intel Core processors, while the Yoga Slim 7 Pro X is the AMD Ryzen 6000 series and is only available in Storm Gray.

As part of the seventh-generation Yoga series, Lenovo has refreshed its 14-inch and 16-inch laptops in the Yoga Slim 7 Pro and Yoga Slim 7i Pro series, available in Storm Gray, with screens up to 2880 x 1800 at 120Hz. Like the Pro X laptops, these devices offer a choice between Intel 12th Gen and AMD Ryzen 6000 CPUs. The Intel-using Yoga Slim 7i Pro can also be upgraded with a discrete NVIDIA GeForce RTX 2050 GPU.

This renewal of the range also extends to the Yoga 7 2-in-1 hybrid laptop, which can be fully collapsed for use in tablet configuration with a stylus. With the option of a touchscreen up to 2880 x 1800, it only runs on the AMD Ryzen 6000 series processors.

In addition to the latest Yoga laptops, the Yoga AIO 7 was also unveiled, an all-in-one desktop computer and display device with a 27-inch 4K IPS display. It runs on the AMD Ryzen 6000 kit, with the option to upgrade to an AMD Radeon RX 6600M GPU. Lenovo considers the Yoga AIO 7 a complete home entertainment solution, with built-in dual JBL 5W speakers and the ability to wirelessly cast smartphone content or connect your laptop via USB-C and control everything in one place.

Full local availability and pricing information for the new Yoga range is yet to be confirmed, although the Yoga AIO 7 is expected to release in September this year for $2,699. More information about the Lenovo laptops will undoubtedly come closer.

With plenty of options to choose from, Lenovo seems to have something for most types of laptop users. On paper, it seems that many of the new Yoga laptops are well suited to graphic designers, content creators and general business use for the hybrid work era.