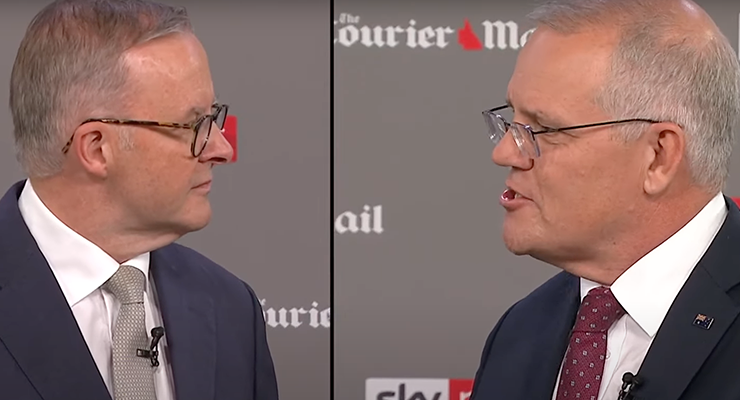 Last night’s debate with leaders was mostly civilized, though not entirely dull, with a few barbs thrown by Morrison and Albanian.

Leonardo Puglisi is the 14-year-old founder of 6 News Australia, a YouTube-based news station. He recently scored an interview with the Prime Minister. Oh dear asked him to go over last night’s debate.

The first leaders’ debate came with arguably less anticipation and promotion than the Scott Morrison-Bill Shorten debate that aired on Channel 7 in the 2019 campaign. Maybe, as covered by Oh dear, the debates can become increasingly irrelevant. In fact, I actually forgot it happened until I checked social media around 7:05 PM and then tuned in.

What I did see wasn’t as high-profile as a comment about “space invaders” from the Morrison-Shorten debate, but there were certainly some interesting and heated moments.