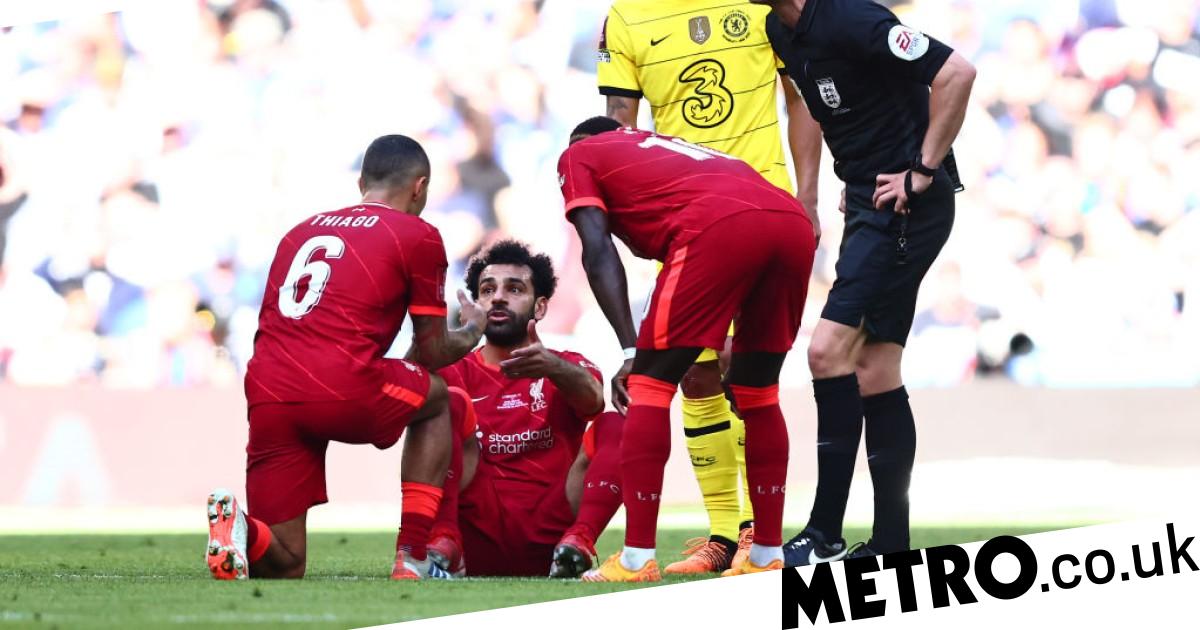 Mohamed Salah suffered an injury in the FA Cup final against Chelsea and applauded the Liverpool fans before leaving the pitch.

Former England midfielder Jermaine Jenas said on BBC One: “This is a major concern, Salah is not the type of player to just sit down.

“He plays a lot of games, a lot of minutes, he has had a long season. I know most Liverpool players have done that, but throw in the African Cup of Nations too.”