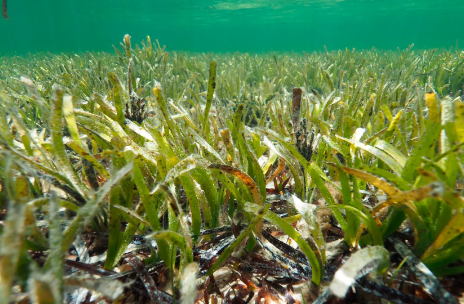 Scientists recently discovered the world’s longest-lived plant, a seagrass meadow that grows continuously by cloning itself, off the coast of Australia. It covers an area larger than Washington.

Genetic analysis revealed that Australia’s underwater fields of intertwined green kelp are a single organism spanning 180 square kilometers that grows and lives by copying itself more than 4,500 years ago.

This scientific study was published yesterday in the journal “Proceedings of the Royal Society B”.

Scientists have confirmed that the meadow is a single organism by sampling and comparing the DNA of kelp branches spanning the area, writes co-author Jane Edgeloy, a marine biologist at the University of Western Australia.

It is mentioned that various plants and some animals reproduce “asexually”, but there are “disadvantages” in this matter as these plants are clones of a single organism, which makes them more susceptible to disease. The process can also “create monsters” due to its ability to grow rapidly, according to the scientists.

Despite the vastness of the kelp, it is weak. Ten years ago, seagrass covered another 7 square miles, but hurricanes and rising ocean temperatures due to climate change have destroyed more than a tenth of the old sea deck.