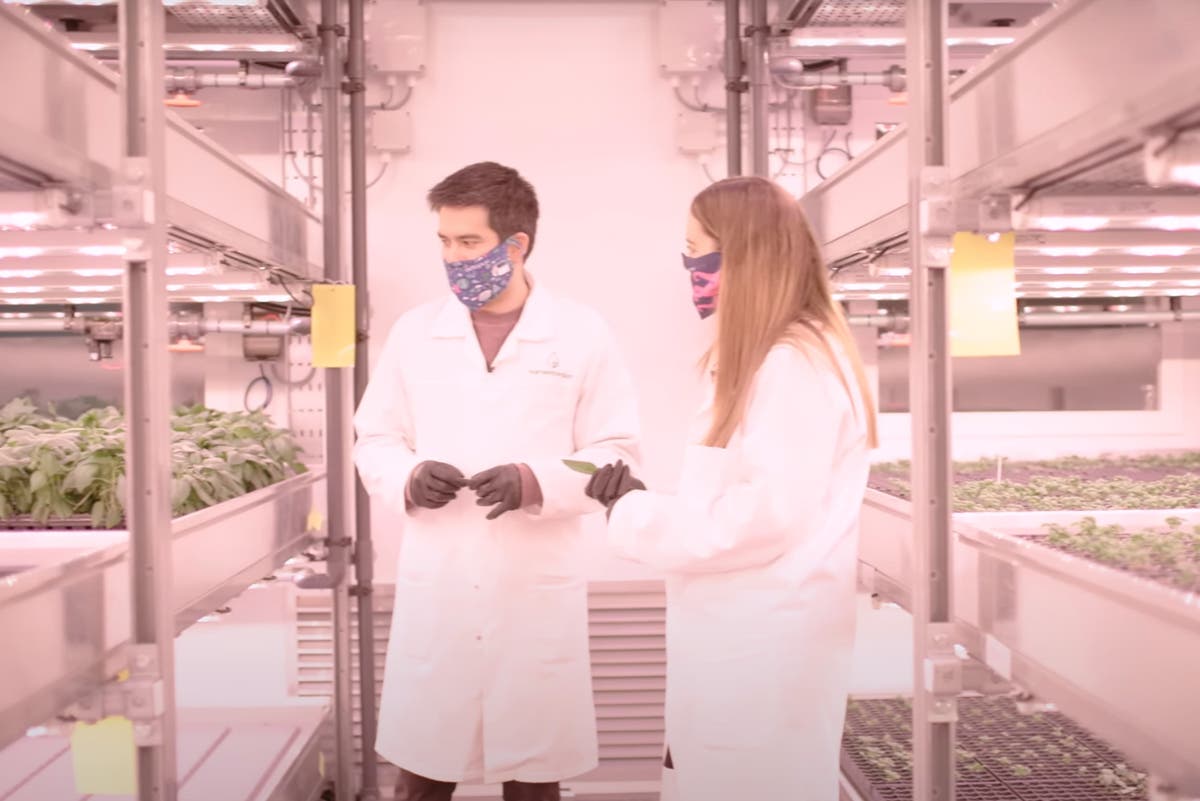 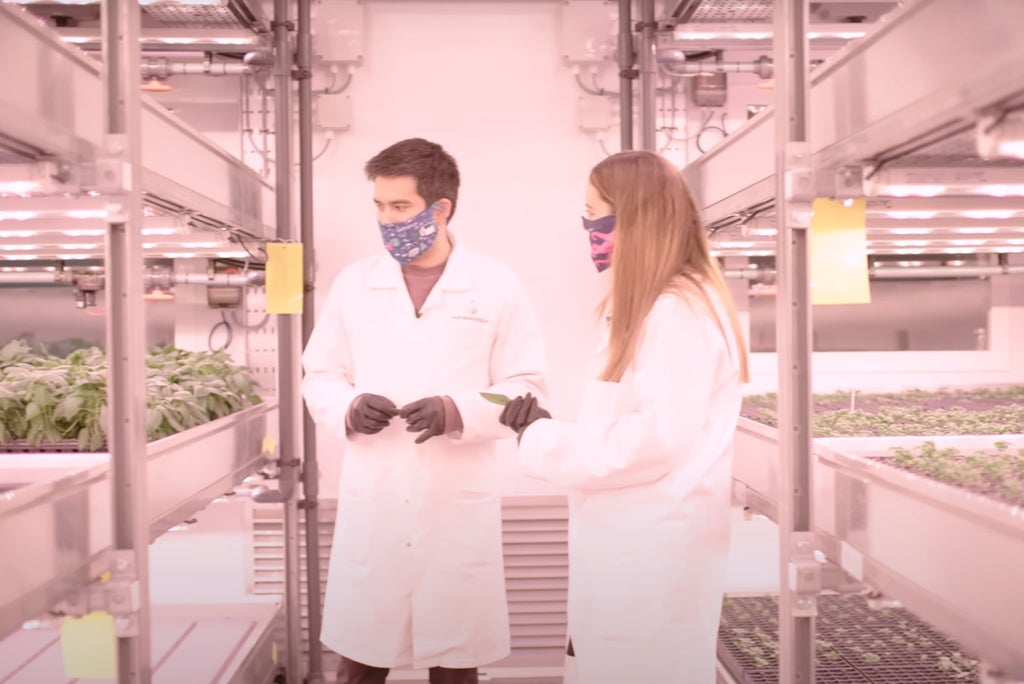 ne of the UK’s largest vertical farms could be launched in London next year by a business which supplies Pizza Pilgrims with basil grown in a Leyton warehouse.

The 5,000 square meter site planned by Harvest London will be fully automated and net zero, said co-founder Chris Davies and would have the ability to supply 0.1% of the UK’s total herb import.

It is both resource and space efficient because the plants are grown on shelves under LED lights.

The farms can be located in cities which would cut out the CO2 cost of importing food.

“Fundamentally we’re a manufacturing organisation,” he told the Standard. “We just so happen to be manufacturing green leafy vegetables.”

Electricity is the biggest cost for the business – so the business switches on the lights during the night when it is cheapest.

“The plants don’t care when ‘nighttime’ is, as long as they get one,” said Mr Davies.

“We were working with lots of small businesses and what we noticed is that there’s lots of ideas that are huge game changers into the future,” said Octopus Energy for Business CEO Zoisa North-Bond.

“If we can get those users using electricity in the right way, clean, green electricity, we could help actually drive the cost for the electric in their business models, which helps them grow in scale.”

Harvest is in the final stages of raising the funds for its proposed site to open in the first quarter of 2023.