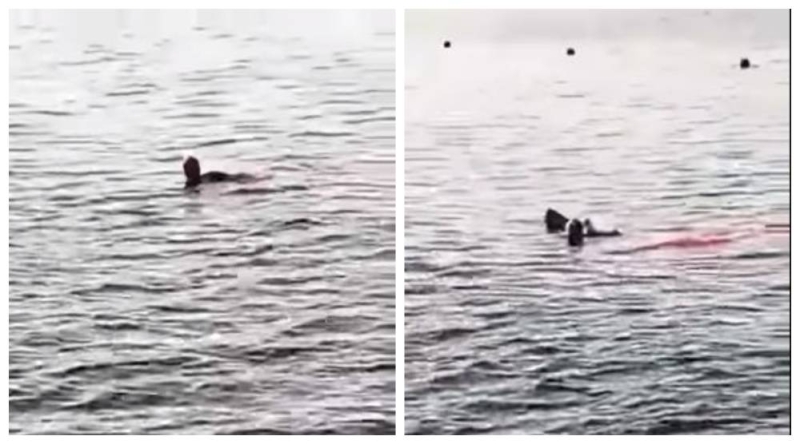 Egypt’s Red Sea government decided to close the beaches and suspend swimming from the Sahl Hasheesh area to the Makadi area after two female tourists were killed after a shark attacked them south of Hurghada.

Two safety sources told Reuters late on Saturday that the accident happened on Friday morning and that the decision to close the beaches was taken in the evening of the same day.

And Egypt’s environment ministry said in a statement on Sunday that two women were killed south of Hurghada on the Red Sea after being attacked by a shark while swimming.

“Two women were attacked by a shark while surface swimming in the area opposite the Sahl Hasheesh resort, south of Hurghada,” the ministry’s statement, published on its official Facebook page, said.

The statement added that the task force responsible for investigating the causes of the accident “is completing its work duties to accurately determine the reasons for the behavior that resulted from the shark that caused the accident towards the two victims.”

The statement did not clarify the nationalities of the two victims, but the decision of the Red Sea governor to close some beaches in the area where the accident occurred and not to conduct any maritime activities there for three days indicated that ” the emergence of a shortfin mako shark was tracked near Sahl Hasheesh… and an Austrian tourist was injured.” The left arm was amputated, reportedly from a shark.

The Austrian Foreign Ministry confirmed in a statement to AFP on Sunday that one of its citizens had died in Egypt, without further details.

The Austrian news agency, for its part, indicated that the 68-year-old Austrian woman, from West Tyrol, had been on holiday in Egypt since the beginning of June.

And since Friday, users of social media platforms in Egypt have been circulating far and wide, a short video clip taped of the accident, in which a person appears in the water for help surrounded by a blood stain. But the fact that the video, which did not show the shark attack, has not been independently verified, has not been independently verified.

Sharks live in the Red Sea, but rarely attack tourists unless they exceed the allowable limits.

She is married to an Egyptian..
The moment a shark attacked an Austrian woman in Hurghada, causing her to die pic.twitter.com/m7F9O8ffYt