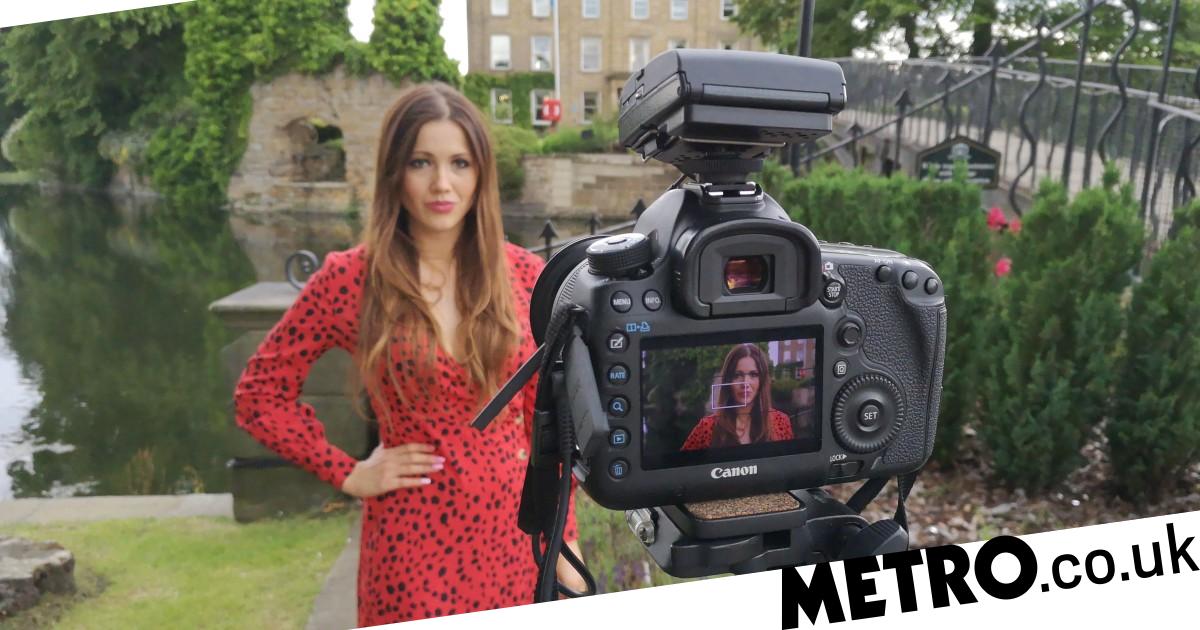 “Do you want to do something with me?” my therapist suggested at random.

“Not really,” I replied, because I could barely draw a stickman.

I was in therapy to help me cope with the assault—and the two lawsuits that followed.

The moment I was attacked when I was in my early teens, my childhood was stolen. So I didn’t want to be treated like a kid and expected to draw – I especially didn’t want an art class to remind me of that time in my life.

But my therapist gently suggested a range of activities—from making a timeline of my life to a memory box and playing with clay and play dough. I reluctantly said I would try it after she insisted.

It has been such a lifeline ever since. I now realize that I owe my life to creativity and it has kept me alive.

It has transformed me from ‘survival victim’ to ‘survivor’.

I had been to a family music festival when the incident happened.

It was within the confines of his tent-bowl stall where I was attacked. It was an out of body experience, but one I will never forget.

I came out of that tent as a scarred child who would now be forced to grow up — and navigate the tumultuous criminal justice system, too.

The two lawsuits felt like I had to endure two more attacks on my dignity. I felt stripped of something of ‘me’; I was just a body under scrutiny.

I had been advised to wait with counseling until the lawsuits were concluded, in case it was brought against me in court. The police can request notes and it can be used against you.

Although my attacker was found guilty, I felt trapped until that point.

I was in my mid-teens when I was finally able to see a therapist. At that point I had been bullied at school when the rumor about what had happened came out and I had hurt myself trying to understand everything.

My philosophy at the time was that if I hurt myself, no one could hurt me anymore – it was a weird thing to protect oneself.

I didn’t think anyone could or would help with the mess I had become. I was nervous and felt like a ticking time bomb. If someone broke into what was going on in my head, I thought I’d ignite.

After a few sessions of chatting, crying and laughing (yes, sometimes laughter is the best relief), she then threw a curveball and asked if I wanted to do some painting with her.

After reluctantly agreeing, the first thing I did was play with clay and knead a knife.

This was not because I was mad at my attacker, but because ever since he did what he did, I was mad at myself. I blamed myself for what had happened. Why hadn’t I fought him? Why didn’t I scream? It was my own fault for being so stupid.

I finally started sharing this with my therapist, as well as the fact that I had damaged myself. From there, my therapist allowed me to mold, create, and express myself the way I wanted.

She also encouraged me to write a timeline of my life and all I could think of were the events leading up to the attack, the lawsuits, and the impact on my family.

But the more I went back into my life story, the more I could remember some of the vacations, people, and places I’d been to. You see, when you experience trauma, all your senses are overwhelmed by it and your mind becomes a fog when you are in fight or flight mode.

Through therapy, I was now able to recall innocent childhood moments, from layering peanut butter, banana and mini cheddars on a cracker after school to meeting all my relatives for the first time in Malaysia.

The most cathartic, however, was when I was invited to write a letter to the man who had attacked me. The letter would never be sent, but this process helped me in a small way to feel heard.

In the letter, I pleaded with him not to do to others what he had done to me and found myself apologizing for having forced him through legal action and being remanded in custody. My therapist started working with me on these feelings.

But most of all, I felt so incredibly guilty for what I had done to my family.

Writing helped understand my swirling thoughts and hazy brain, but it also showed my therapist all the bizarre emotions I was feeling, which I had previously only been able to express through self-harm.

Since then I have not stopped writing, creating and expressing. It has even grown into belly dancing, yoga, presenting, vlogging and blogging.

When I’m feeling mentally unstable, I really can’t feel connected. But when I dance or do yoga, I can reconnect my busy mind and body. My racing thoughts are transformed into the flowing movements. I dance through pain and happiness and when I can’t move, I write. If I can’t write, I move.

During one particular anxiety attack, I didn’t think about calling a number to talk to a mental health professional or “calling a friend” – this was not how I could or wanted to express myself. With my kids playing in the room next to me, I needed a quick escape to get through.

For me at the time, making a video diary vlog was all I could think about in my swirling mind. So, holding my phone, I sobbed into the camera as my trembling mouth tried to make sense of what was happening in my mind.

In the end I published it, it was picked up by media and reached millions of people around the world.

It was my ugliest video, but I always know that when I cringe to publish something but it’s followed by a tug to share it to help others, it’s my calling to do that.

Although I feel vulnerable, it gives me the strength to control my emotions and share it with others at the same time.

It’s always these vlogs and blogs that people interact with the most. I had so many women contact me, especially mothers who felt isolated and like they were going ‘crazy’ – apparently the video made them feel less alone and I felt less alone.

A shared story is so powerful for everyone involved and hearing about their experiences made me realize how we should keep talking about the uncomfortable topics.

My writing, making videos, and connecting with other people through shared stories has not only helped me heal and give me a voice, but it has now forged my career as a journalist and social media entrepreneur with a mission to to ensure that all voices are heard .

I now write blogs and pieces like this one using my skills as someone with life experience and creative abilities that I wouldn’t have without my ‘crazy’.

Creativity has taken me outside of my own head and made me feel heard, which helped to unravel all those moments when I was not heard.

I was skeptical, but creativity has really been the best release for my inner demons.

Yes, I’m still on meds, but that just helps me cope. Finding my creativity has helped me to thrive.

While I find talking therapies helpful, I’m much more open when I’m doing a creative activity. I also find that after traditional therapy sessions I have felt exhausted and unable to face the real world, whereas when I am lost in a creative practice I come out of a session feeling fulfilled and revitalized.

I am now more resilient and have coping mechanisms for when life feels too much and I embrace that I am perfectly imperfect.

If we give ourselves the tools to create, people can have moments to escape the noise in their heads and it can help our hearts heal.

Please connect, create and release your spirit, for you too deserve to thrive.

Do you have a story you want to share? Get in touch by emailing James.Besanvalle@metro.co.uk.

MORE: I Was Angry I Survived My Suicide Attempt — Then I Discovered Painting

MORE: How I Made It: ‘I’m Helping People Heal With Equine Therapy’

MORE: I Was Sectioned 10 Days After My Daughter’s Birth – We Missed Quality Bonding Time