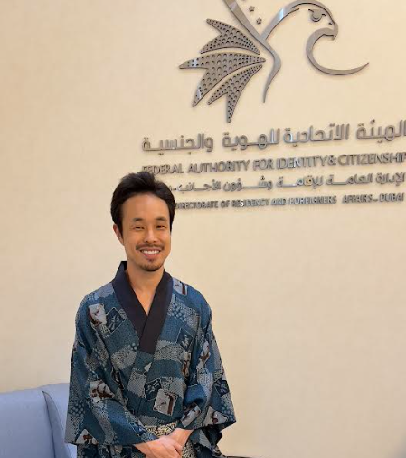 Nicknamed “Mansour Al-Japani”, the young Japanese man was awarded a gold residency by Dubai today for his prominent role in connecting the two Emirati and Japanese cultures and civilizations.
“Mansour Al-Japanese” told “Emirates Today” that he lived in the UAE for 9 years, mastering the Arabic language and the Emirati dialect, eager to be a bridge for the cultural bond between the UAE and his country, Japan.

He emphasized that he is a big fan of the Emirati culture, in all its details, and for his belief in the importance of communication between the two countries, and his research into the willingness of the people of the Emirates to define their own identity. Preserved, through several things, including the dedication to the national dress, he was eager to wear his national dress in the country to create a kind of blending of culture and civilization between the two identities.

“Mansour the Japanese” gets the gold residency pic.twitter.com/vRj45guF34

And he continued: “I have created special accounts on social media to introduce the Emirati community to the most prominent features of Japanese culture, and he is also one of the most famous Japanese in marketing, through the store who sells Japanese products in the Emirates, and with his stay in the country, he learned about aspects of Emirati culture, and started his journey through social communication, eager to convey the Japanese traditions, customs and food of his people , and preferred that everyone call him “Mansour the Japanese.”

Mansour thanked the wise leadership, the government of the UAE and the Dubai branch for their efforts to support creators in different fields, with their different nationalities and identities.