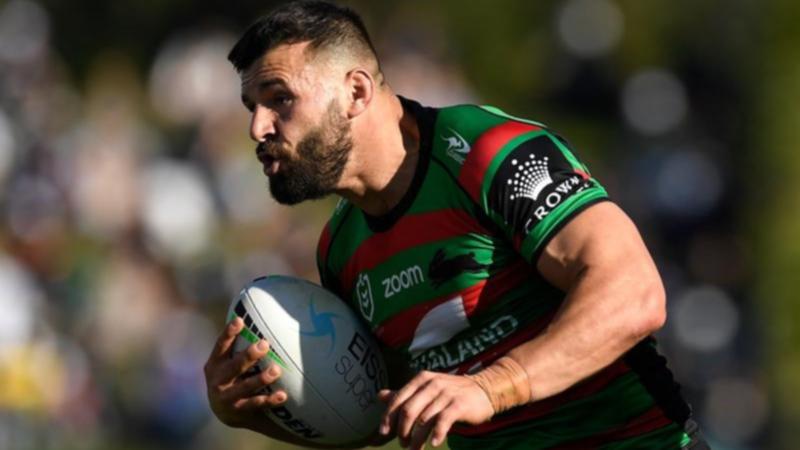 Josh Mansour wants to prove he can play on next NRL season after admitting his exit from Penrith hurt his football last year.

Mansour will get his next chance for South Sydney on Saturday night against St George Illawarra, with Jaxson Paulo sidelined through concussion.

Latrell Mitchell is also certain to play, with coach Jason Demetriou stating he is running at 95 per cent, after requiring a cortisone injection for his knee last weekend.

Veteran winger Mansour is aware he must take his chances in 2022.

The 31-year-old was in and out of the Rabbitohs’ top side last year through injury and form, after being pushed out by Penrith at the end of 2020.

The former Kangaroos and NSW State of Origin player has admitted it was a hit to his ego spending time in reserve grade last year, and that his form suffered as he battled to deal with his Penrith exit.

“I won’t lie, it definitely did (affect me),” Mansour told AAP last month

“I was there for nine seasons so I would be lying if I said it didn’t.

“I just didn’t have much balance (last year). I struggled to find it, not only on the field but off the field too

“It was challenging for me, having such a strong connection with the club. I have a lot of great mates there.

“When I first came (to Souths) I was a bit of an outsider, coming late. But now I feel like I am really entrenched with the team and have built connections with the boys now.”

Mansour insists all the heartache is well behind him now, and he no longer holds any grudges towards the defending premiers.

Nor does he have any uncertainty around what he must do to ensure he can take his NRL career into a 12th season next year with his Souths contract up in 2022.

Mansour began this year in first grade when Blake Taaffe was ruled out of round one at the 11th hour, but Mitchell’s return the following week left him out of the team.

His current chance is only guaranteed for one week with Paulo back in training on Thursday, but Mansour is eager to take any chance to try and show he can extend his career.

“The body is feeling great, I am feeling young believe it or not. I want to let my footy do the talking.

“If I can grab another contract, that would be awesome.”

Meanwhile Demetriou said Mansour had shown a determination to get back into the NRL while in reserve grade, rather than seeing it as a demotion.

“His attitude has been first-class, and it has rubbed off on some young outside backs,” the coach said on Friday.

“He has earned the right to play first grade and will come in confident.”