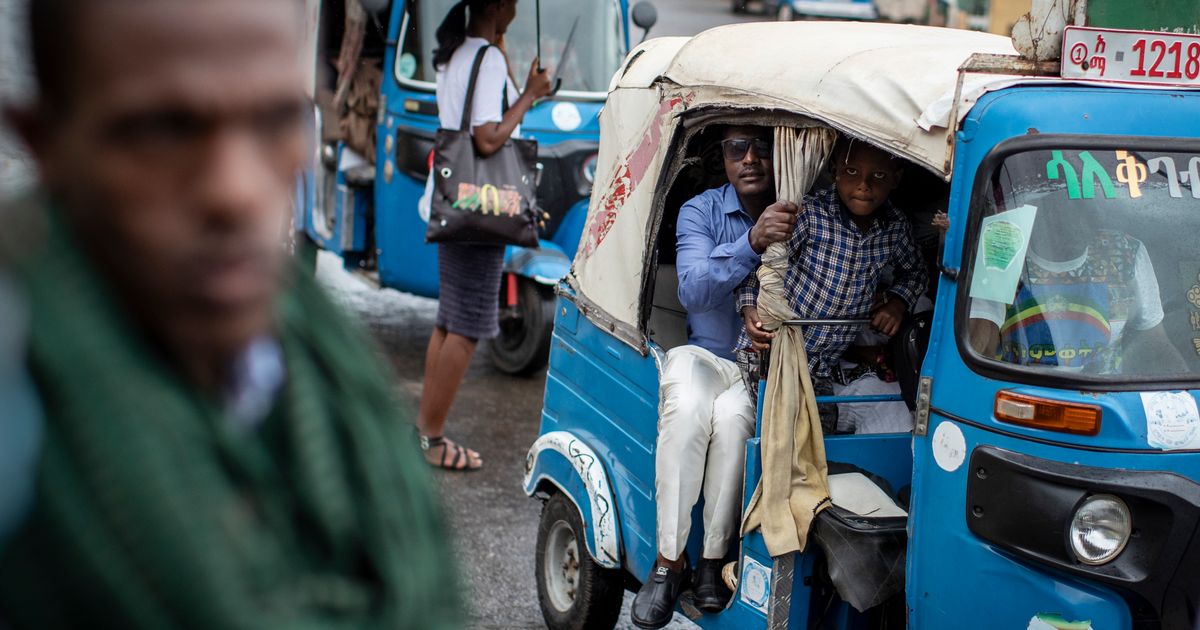 NAIROBI, Kenya (AP) — Once a key ally of the federal government of Ethiopia in its deadly war in the northern region of Tigray, the neighboring region of Amhara is now facing government-led mass arrests and disappearances of activists, journalists and others. alleged critics.

More than 4,500 people were arrested in the Amhara region on May 23, officials say, but some activists say the real number could be much higher. They accuse the government of Ethiopia of targeting ethnic Amhara people, whom they view as a threat to its authority as it tries to get out of the Tigray crisis.

The arrests are the latest sign that the federal government of Ethiopia — Africa’s second most populous country with 115 million inhabitants — is struggling to centralize its authority among dozens of ethnic groups. The Amhara are the second largest ethnic group and, along with the Tigrayans, the source of many of the country’s leaders — and critics, especially after frustration mounted during the war when Tigray forces invaded the Amhara region and attacked civilians. .

The federal government’s arrests under the Amhara are “a preemptive move to consolidate their power, which they say is slowly slipping out of their hands, especially in the Amhara region,” said Yilkal Getnet, deputy leader of the opposition party Hibir Ethiopia. The Associated Press. “To me, these mass arrests are politically motivated.”

The independent Ethiopian Human Rights Council said earlier this week that it is not known where most of the detainees in the Amhara region are being held, claiming that many people have been the victims of “kidnapping.” Separately, the government-established Ethiopian Human Rights Commission called the “unlawful detention” of at least 19 journalists a “new low.”

On Wednesday, federal police announced that they had identified 111 online media outlets that they called illegal and that “are trying to create a rift between the government and the general public.” Ten suspects are in custody, according to police.

The government of Ethiopia and regional officials from Amhara defend the arrests and say they will continue.

“There were attempts to portray the government as weak and to cause public unrest and violence,” regional spokesman Gizachew Muluneh told a news conference on Wednesday. “This conspiracy has failed. Anarchism and illegal activities have no place here.”

The Ethiopian government’s communications agency, citing requests from the public to ensure public order, said measures are being taken against “groups that turn society against each other”.

The mass arrests are not limited to the Amhara region, but that is where the outcry was loudest. Among those arrested are members of the Amhara militia known as the Fano, which was an ally of the federal forces in the fight against the Tigray forces. Fano members, who were celebrated in the state media, were also accused of some of the war’s worst atrocities.

They are now described in the state media as an “irregular force”, and attempts are being made to disarm some of the fighters.

“Fano militia has been bolstered by the war, and in part the arrests are an attempt to bring them under government control,” said William Davison, an analyst with the International Crisis Group. “However, the wide scope of the detentions, including multiple journalists, suggests that the government is also trying to control the story as fears grow among Amhara that their interests will be undermined by the federal government’s efforts to resolve the conflict with the authorities of the United States. Tigray.”

Three of Ethiopia’s largest opposition parties have called on the federal government to end the arrests.

“Journalists, activists, Fano militiamen, academics, political party members and pensioners are being kidnapped under the pretext of a ‘law enforcement operation’,” the Enat party, the All-Ethiopia Unity Party and the Ethiopian Peoples’ Revolutionary Party said in a statement. joint statement. statement this week. “The government is using this operation to silence dissent, break public morale and tear away the leaders.”

The Amhara Association of America shared with the AP a list of several dozen detainees it said had been targeted in recent weeks. It also claimed that on May 20, seven people were killed in the town of Motta in the Amhara region when army and regional special forces fired on a peaceful demonstration against the mass arrests.

The federal government fears that Amhara’s political elites could emerge as the most sharp critics during the current hiatus from the Tigray War, Yilkal said with opposition Hibir Ethiopia. The federal government declared a humanitarian ceasefire in March over the conflict that erupted in November 2020, although tensions persist.

“Those who coordinated, supported and led the war are being arrested and pursued,” Yilkal said. He now fears for his safety and says his lawyer has been arrested in recent days. He said the indictment form states that the lawyer is charged with “inciting violence and unrest”.