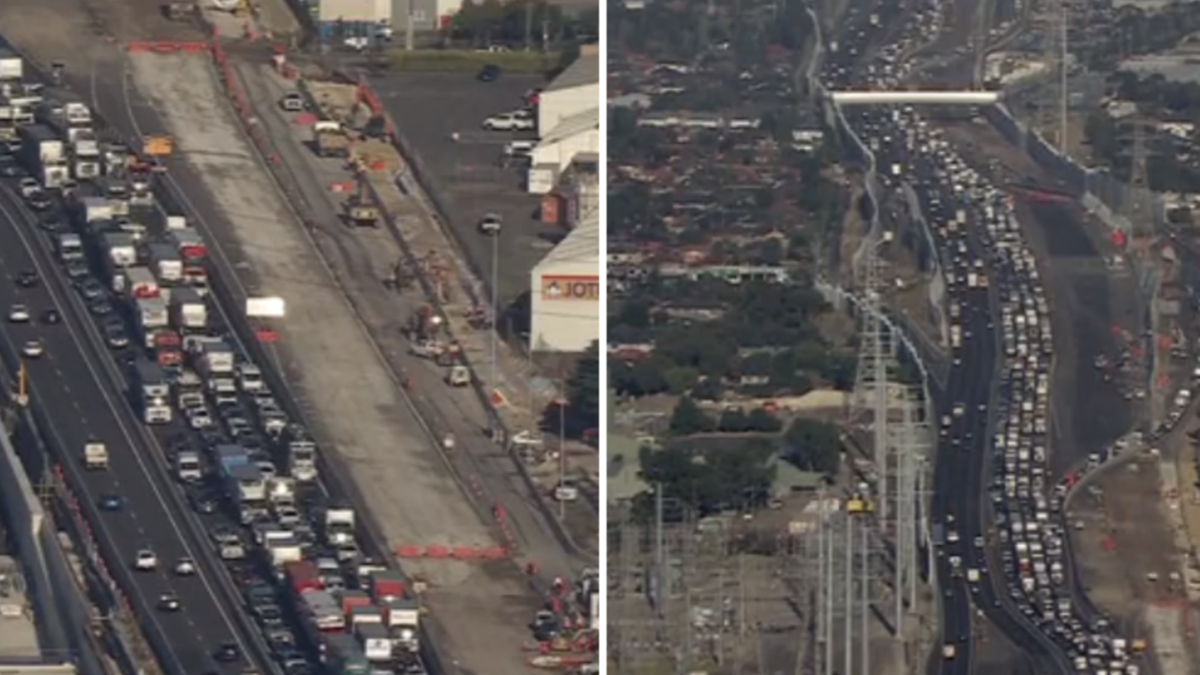 A union stop work action is being blamed for crippling traffic jams that left drivers stranded for hours through the morning commute.

Only one city-bound lane was open on the West Gate Freeway at Williamstown Road, causing “significant” delays.

All lanes were reopened after 9.30am on Thursday, but delays were said to take some time to ease.

Motorists have been urged to allow extra time if in the area or consider using public transport.

By 8.30am on Thursday, queues were stretching more than 17km, and traffic banked all the way from the city to Hoppers Crossing.

The delays were due to overnight West Gate Tunnel construction.

The project is running over time and the works coincided with Melburnians returning to work this week after the work-from-home recommendation was lifted on Monday.

However, an order to stop working delayed the reopening of lanes on Thursday morning.

No formal cause of order has been offered, however, the union alluded to a safety issue.

“This union will never compromise on workers’ safety,” a statement by the CFMEU said.

“This project has already taken one life and that is one too many.”

Drivers were told to use Geelong Road through Footscray or Ballarat Road as an alternative.

Some motorists wrote on social media that they were sitting in traffic for up to two hours.

The Victorian premier was asked about the traffic jam and apologised for the inconvenience.

“Obviously we do a lot of work at night and the teams work as hard as they can to clear all that up for the morning,” Daniel Andrews said.

“There’s some things that went wrong overnight and that didn’t happen and I apologise for the inconvenience.

“We will get to the bottom of it.”