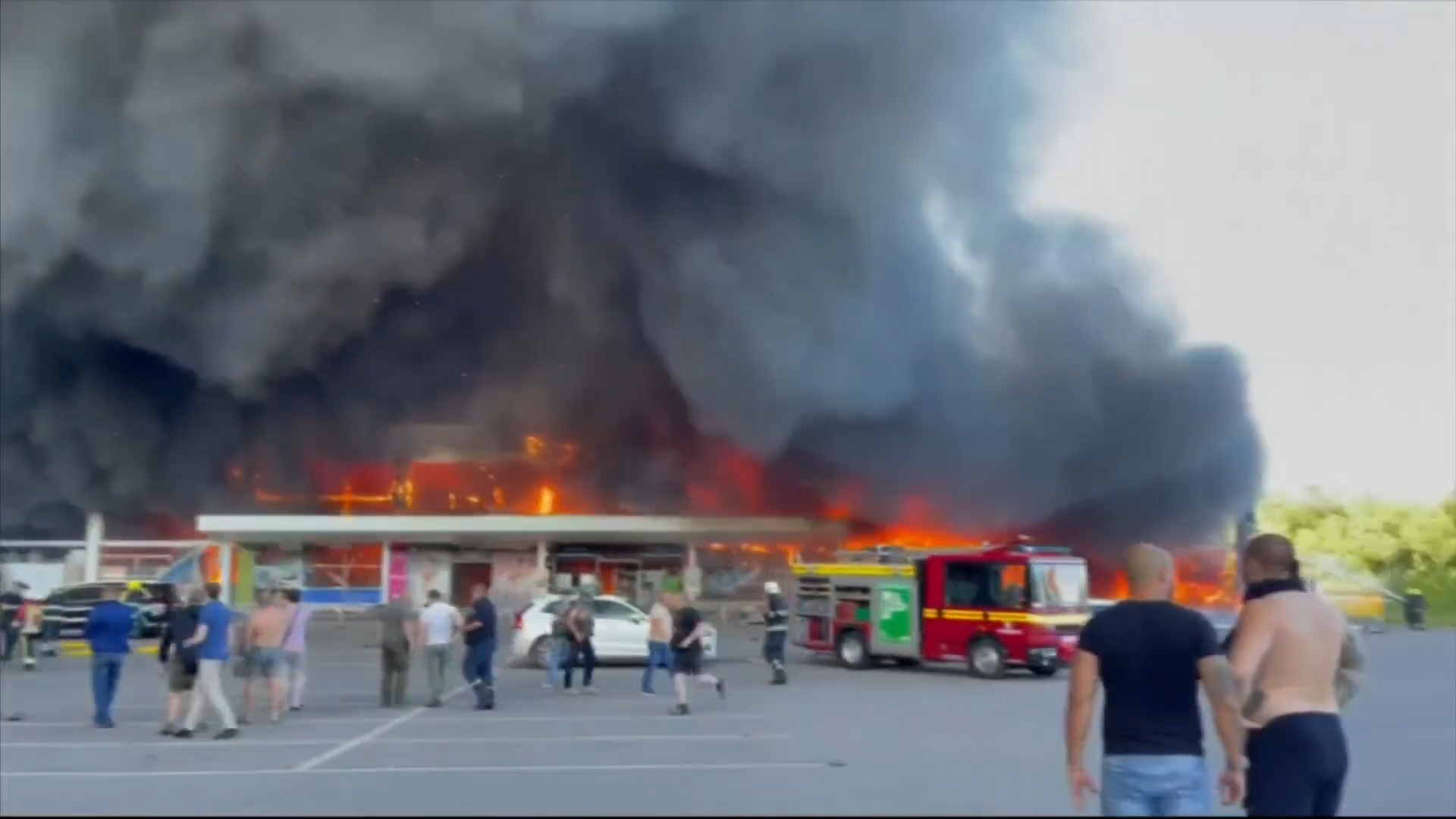 At least 10 people have been confirmed dead and 50 others injured after a Russian rocket attack struck a busy shopping center in the central Ukrainian city of Kremenchuk.

It is feared that hundreds of people were inside at the time.

President Zelensky said it “posed no threat to the Russian military” and accused Moscow of “sabotage people’s attempts to lead normal lives”.

At the G7 leaders’ summit in Germany, Boris Johnson condemned what he called Vladimir Putin’s “cruelty and barbarism”.