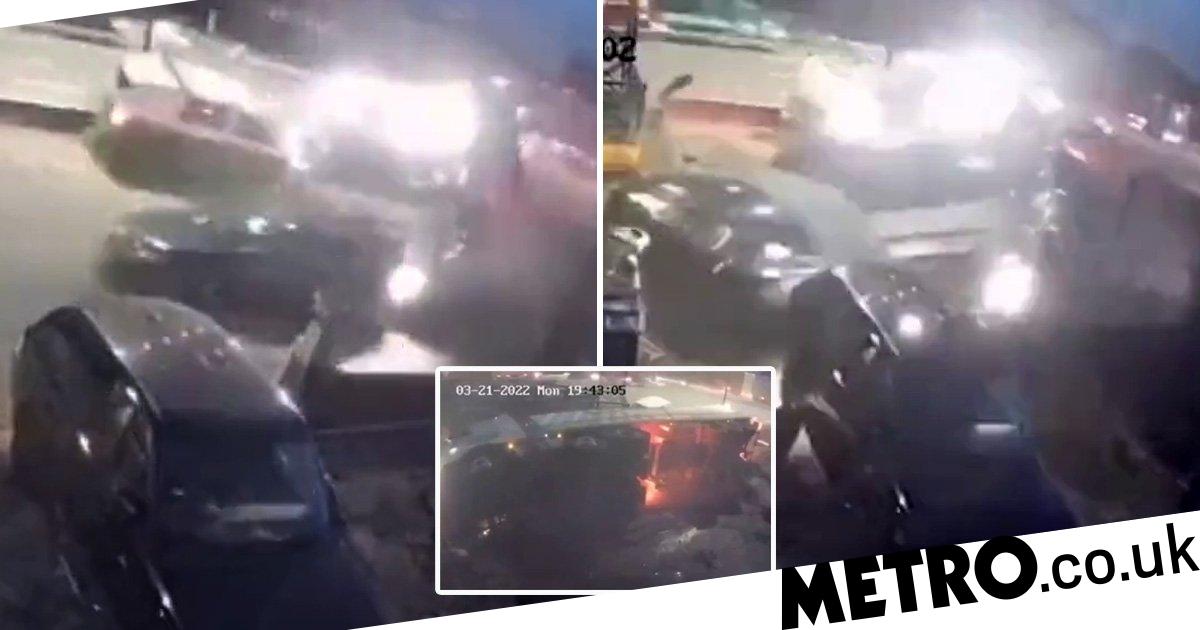 To view this video please enable JavaScript, and consider upgrading to a web browser that supports HTML5 video

This is the terrifying moment a lorry carrying 45-tonnes of potatoes careered off a busy road and narrowly missed a house.

As the lorry left Cayton Road in Greenford it collided with a moving car before ploughed into two parked vehicles.

It also took out a garden wall – but fortunately came to a stop before it got any further.

London Fire Brigade was called to the crash on Western Avenue near its junction with Cayton Road at 7.08pm on Monday.

Paramedics also attended, treating one man at the scene who was later taken to hospital.

Footage of the incident, which was caught on CCTV, shows the HGV’s headlights coming directly towards the house before it rolls onto its side.

Firefighters made the scene safe before leaving shortly before 8pm.

A spokesperson for London Ambulance Service confirmed paramedics were called to the scene.

‘We sent an ambulance crew, an incident response officer and a medic in a fast response car. The first paramedic arrived at the scene in less than two minutes,” they said.

‘We treated a man at the scene and took him to hospital. Two people refused assessment at the scene.’

Get in touch with our news team by emailing us at webnews@metro.co.uk.

Get your need-to-know latest news, feel-good stories, analysis and more