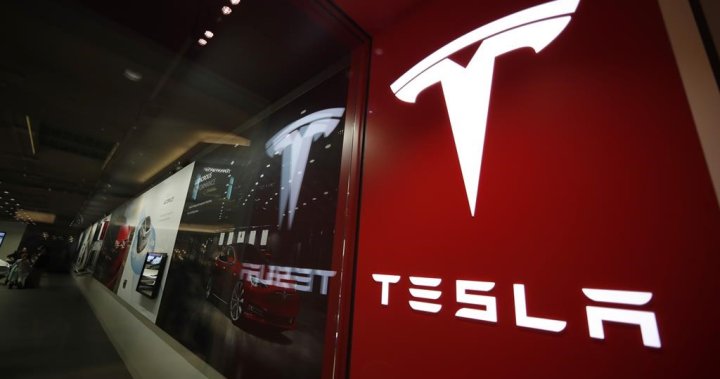 More than 750 Tesla owners have complained to U.S. safety authorities that cars running on the automaker’s partially automated driving systems have suddenly stopped on the road for no apparent reason.

The 14-page letter dated May 4 asks the automaker for all consumer and field reports it has received about false brakes, as well as reports of crashes, injuries, deaths and property damage claims. It also asks whether the company’s “Full Self Driving” and automatic emergency braking systems were active at the time of an incident.

The agency began investigating phantom brakes in Tesla’s Models 3 and Y in February, after receiving 354 complaints. The probe includes an estimated 416,000 vehicles from the 2021 and 2022 model years. In February, the agency said it had no reports of crashes or injuries.

The letter gives Tesla a June 20 deadline to respond to the request, but says the company can request an extension.

The shares of Tesla Inc. tumbled 7% at the opening bell.

A message was left early Friday requesting comment from Tesla.

When opening the probe, the agency said it was looking at vehicles equipped with automated driver assistance features such as adaptive cruise control and “Autopilot,” which allow them to automatically brake and steer within their lanes.

Complainants report that the rapid deceleration can occur without warning, and often repeatedly during a single driving cycle, the agency said.

Many owners wrote in their complaints that they feared a rear-end collision on the highway.

2:14
Twitter sells itself to Elon Musk for $44 billion despite initial rejections

Twitter sells itself to Elon Musk for $44 billion despite initial rejections – April 25, 2022

In the letter, the NHTSA asks about the initial speed of when the cars started braking, the final speed and the average deceleration. It also asks if the automated systems have detected a target obstacle and if Tesla has video of the braking incidents.

The letter focuses on Tesla’s testing of the automated systems when it comes to detecting metal bridges, S-shaped bends, oncoming and crossing traffic, and vehicles of various sizes, including large trucks. The agency also wants information about how cameras deal with reflections, shadows, glare and blockage due to snow or heavy rain.

The agency is asking Tesla for its assessment of the “alleged defect” in the automated systems, including what caused the unnecessary braking, what didn’t work and the risk to motor vehicle safety posed by the problem. It asks Tesla “what warnings, if any, the driver and the other persons both inside and outside the vehicle would have that the alleged defect occurred or that the part in question was malfunctioning.”

The probe is another in a series of enforcement efforts by the agency, including Autopilot and “Full Self-Driving” software. Despite their names, neither function can drive the vehicles unsupervised.

It is the fourth formal investigation into the Texas automaker in the past three years, and the NHTSA has been monitoring 23 Tesla recalls since January 2021.

The agency is also investigating complaints that the automatic emergency braking systems on more than 1.7 million newer Hondas can stop vehicles for no reason.

In addition, NHTSA has a broader investigation underway into accidents involving partially automated driving systems from all vehicle manufacturers. Since 2016, the agency has sent teams to 34 crashes where the systems were in use or suspected to be working. Of the 34, 28 were involved with Teslas.

Fifteen people died in the crashes that NHTSA is investigating, and at least 15 others were injured. Of those killed, 14 were in crashes involving Teslas, agency documents say.

NHTSA is also investigating why Teslas on Autopilot crashed into emergency vehicles parked on roads.

Tesla and CEO Elon Musk have spent years battling government agencies in the US and California, sparring with the NHTSA and especially with the Securities and Exchange Commission.

Musk has offered to buy Twitter for $44 billion and turn it into a private company, but says he has put the deal on hold over allegations that the social media platform has more automated bot accounts than it has disclosed.