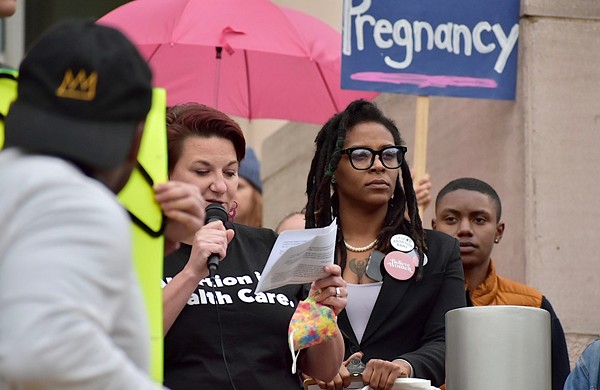 Last week, Judge Alito’s leaked opinion confirmed my worst fears: Supreme Court will fall Roe v. Wade and Planned Parenthood v. Casey without regard to the dignity, health, safety or even life of pregnant people. If this decision is formalized, anti-abortion extremists in Missouri will push for the criminalization of pregnant people and those who support them. Back in 2014, I never imagined that one day I’d live in an America that disapproves of my choice of medical abortion after becoming pregnant amid an abusive marriage.

Domestic violence is about control. Reproductive and sexual coercion is a tactic that abusers use to maintain power over their victims by manipulating their partners’ pregnancy and reproductive outcomes. I decided to leave my abuser after I gave birth to my fourth child while being physically and emotionally abused, but he knew that five children would limit my ability to leave.

The decision to leave was a difficult one, but I knew that if I survived this abuse, I would have the chance to raise my current children free of violence. I’ve developed a habit of constantly taking pregnancy tests. After the last positive, I called the clinic to inquire about the most discreet and affordable abortion method. Being able to have an abortion was the most liberating experience.

After having my abortion, I mustered up the courage to leave my abusive marriage. I was homeless and had no means to provide for myself or my children. I had financial problems for four years. I couldn’t imagine taking a new baby with me on this horrific journey. I don’t know if I would have survived as a single mother of four children and a newborn baby.

I share my story for the importance of Roe v. Wade and the impact that the expected Supreme Court ruling will have on those most at risk: black people, people of color, people surviving economic insecurity, transgender people, immigrants, young people, people with disabilities and especially those who are victims become abused.

Nationwide, almost one in four people experience intimate partner violence. Missouri has the third highest domestic violence rate in the nation. Black women experience domestic violence more often than many other groups and are two and a half times more likely to die at the hands of their abusers. The criminalization push we see from Missouri lawmakers — following in the footsteps of Texas — will have a disproportionate impact on black people seeking abortion services in a state with the highest domestic violence rate in the nation. We know that black people and other people of color are already overburdened, and new and existing bans are creating new avenues for police control based on their pregnancy outcomes.