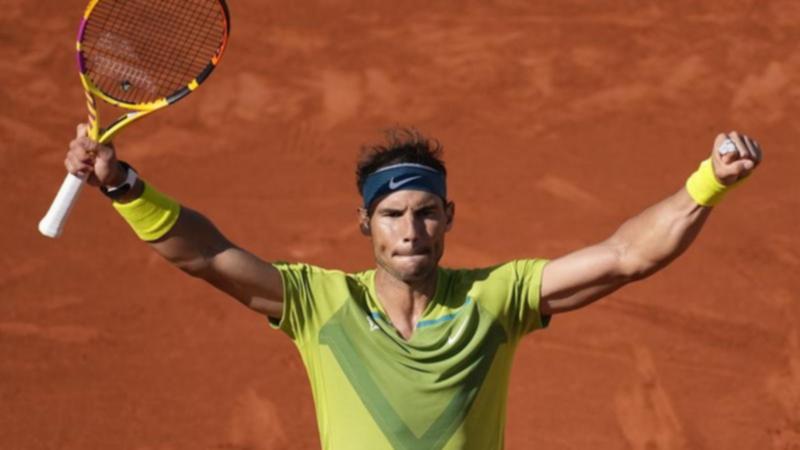 Rafael Nadal has stayed on track for a Roland Garros rematch with Novak Djokovic in the quarter-finals after overthrowing Botic van de Zandschulp in straight sets.

Nadal has 13 Roland Garros titles under his record of 21 majors, but the Spaniard was denied a 14th last year when he lost to eventual champion Djokovic in the semi-final.

The world number one was also in good form at nearby Court Philippe Chatrier, beating Slovenian Aljaz Bedene 6-3 6-3 6-2.

The winners of those two matches will meet in the delightful quarterfinals.

Van de Zandschulp fought back briefly in the third set when he won three games in a row from 4-0 behind, but Nadal, who turns 36 next week, was not unnecessarily threatened.

“Straight sets, it was my best game of the tournament in two and a half sets,” he said.

Spanish qualifier Bernabe Zapata Miralles reached the fourth round in a grand slam for the first time by beating American 23rd seed John Isner 6-4 3-6 6-4 6-7 (7-5) 6-3 in a match which lasted nearly three and a half hours.