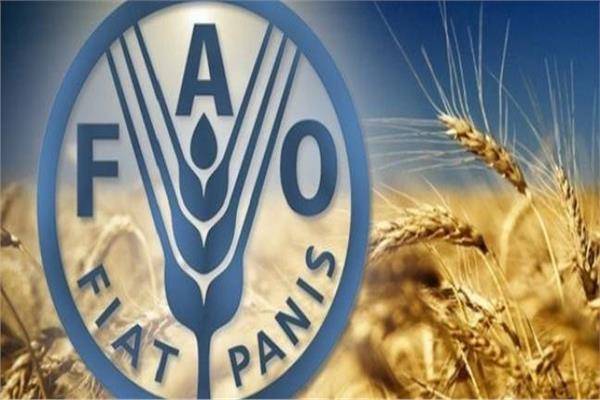 The United Nations coordinator in Ukraine has confirmed that far from the limelight, the organization is engaged in intense negotiations to enable the export of tens of millions of tons of Ukrainian grain and avoid a global food crisis. The United Nations Agricultural Organization (FAO) has announced that global food prices fell slightly for the second month in a row in May, with the exception of wheat prices, which continued to rise.

The negotiations are led in particular by United Nations Deputy Secretary-General for Humanitarian Affairs Martin Griffiths and United Nations Conference on Trade and Development (UNCTAD) Secretary-General Rebecca Greenspan, according to United Nations Coordinator Nations in Ukraine Amin Awad revealed to reporters in Geneva during a regular online press conference. The United Nations has so far been very secretive about these efforts. “There are many shuttle flights between Moscow and other countries involved, but I don’t think a solution is in sight at the moment,” Awad said. The United Nations fears a “cyclone of famine”, especially in African countries that import more than half of their wheat from Ukraine or Russia. Ukraine was the world’s fourth largest exporter of corn and is on track to become the third largest exporter of wheat, accounting for 50 percent of the world trade in sunflower seeds and oils before the conflict alone. Russia is also a major exporter of fertilizers, but is now blocking its exports in response to Western sanctions. Amin Awad pointed out that “Russia has alliances in the south”, recalling that some countries that could suffer more than others from the situation are Moscow’s allies. Therefore, he expressed “optimism” that calls from those developing countries could force Moscow to compromise, and that “a breakthrough” could be achieved at some point. But he stressed that “the negotiations are very complex and are taking place on several fronts”.

Moscow claims that the cessation of Ukrainian grain exports is not its fault, nor because of the presence of its war fleet near Ukraine, but because of the mines that Kiev has planted in its ports. According to the United Nations, 1.4 billion people worldwide could be affected by shortages of wheat and other grains.

In this regard, Matthew Hollingworth, the emergency coordinator of the World Food Program, told reporters in Ukraine: “The ports on the Black Sea are, so to speak, the magical solution to prevent global famine and hunger in the world.” But he added that without such a solution, the United Nations would have to find alternatives to preserve Ukrainian exports. And United Nations Coordinator in Ukraine, Amin Awad, added: “Resolving this deadlock requires urgent support and political will. The priority must remain on opening the trade routes in the Black Sea, and failure to open these ports will lead to famine, destabilization and mass migrations around the world.” The UN official explained that the development of alternative solutions via rail or road could be beneficial, but will not be able to match the volume of maritime transport.

On the other hand, after hitting a record high in March due to the war in Ukraine, the FAO food price index, which tracks the monthly change in international prices for a basket of staple foods, has contracted by 0.6% as a result of the decline. in the price of vegetable oils. After 100 days of Russian military operation in Ukraine, the FAO index reached 157.4, rising 22.8% over a one-year period since May 2021, the organization said. Wheat, a strategic commodity, rose 5.6% in May. The increase is linked in particular to “the announcement of a ban on Indian exports, concerns about crop conditions in several major exporting countries” and a decline in the outlook for grain production in Ukraine. Over the course of a year, the price of wheat, of which Russia and Ukraine export 30% of world trade, rose by 56.2%. The FAO Vegetable Oil Index, meanwhile, fell by 3.5%, driven by lower prices for palm, sunflower, soybean or rapeseed oil, “partly due to the lifting of the temporary ban on the export of palm oil in Indonesia”.

“Export restrictions create market uncertainty and can lead to higher prices and increased market volatility,” said Maximo Torero Colin, chief economist at FAO. For the first time in four years, the FAO expects global grain production to fall to 2.7 billion tons, lower with an estimated production of 16 million tons in 2021. It also expects corn prices to fall the most, followed by wheat and rice, while barley and sorghum production will increase. These forecasts are based on the state of the crops sown and the expected planted. Ukraine is expected to see a decline in wheat production. Wheat production is set to grow by 40% in the 2022-23 season and exports are expected to halve to about 10 million tons, according to the Ukrainian Grain Association, while the maize crop is expected to fall by 30%, with an expected export capacity of 15 million tons.