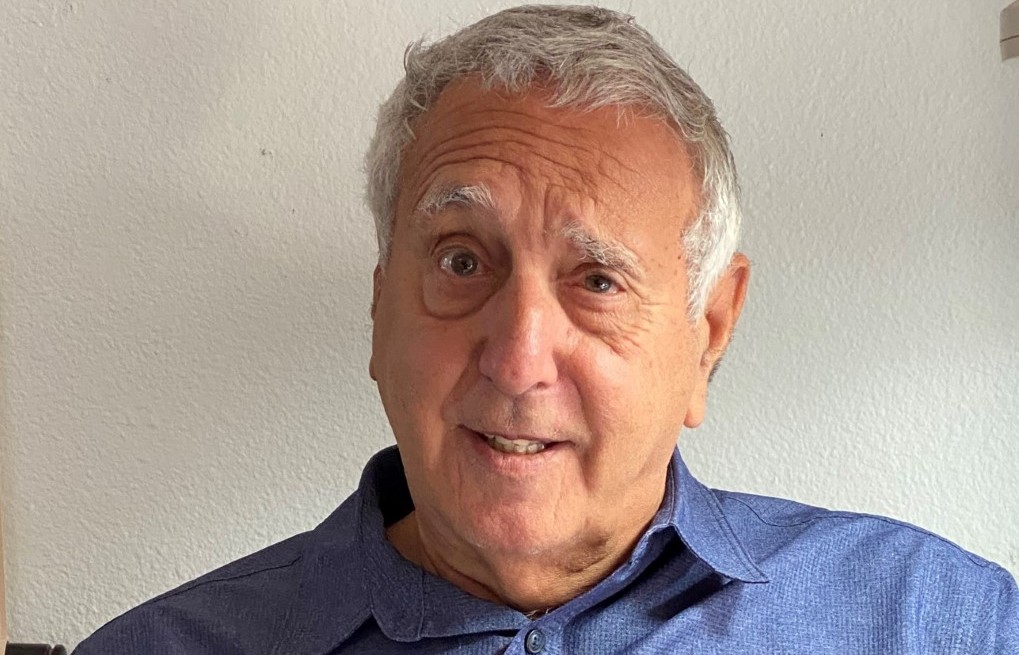 By finding at least one Jewish story at every exit from the Mexican border into Old Town San Diego, veteran journalist Donald H. Harrison’s book Schlepping and Schmoozing along Interstate 5 transforms the west coast’s major north-south highway into a treasure trove of the Jewish experience.

The newly released first volume of Harrison’s three-part series features 30 stories from approximately 20 miles of Interstate 5 exits, from the US-Mexico border to Old Town San Diego. The three piece set will eventually cover a total of 72 miles and reach the Orange County line.

But according to Harrison, the book provides an important message for Jewish readers far beyond that geographic area, as well as a blueprint for profiling Jewish communities across the country.

“Readers can learn that the mosaic of the Jewish experience can be depicted turn after turn along a major highway route, whether here or in their own city,” Harrison said. San Diego times† “This type of coverage can also be used to tell the stories of other ethnic and religious communities in the United States. As someone who is fascinated by other people’s stories, I hope one day to see similar efforts from representatives of other groups.”

Harrison’s fascination is also apparent in his previous series of books, Schlepping and Schmoozing through San Diego County, a similar compilation of reports with a Jewish theme. He spent the first phase of his journalistic career in the mainstream media (including The Associated Press), then worked in public relations before returning to journalism by spearheading several Jewish publications in San Diego, most recently the San Diego Jewish World website. (Full disclosure: I have the San Diego Jewish World of Harrison.) Harrison’s journey has been continually shaped by his belief that “there is a Jewish story everywhere,” a philosophy once again expressed in Schlepping and Schmoozing along Interstate 5†

The following is the rest of Times of San Diego’s interview with Harrison.

Q: After having previously published Schlepping and Schmoozing through San Diego Countywhat specifically inspired you to make Interstate 5 the coverage area of ​​this book?

A: This Interstate 5 book, with new stories, is based on a lesson I learned in 1989 when I helped found Old Town Trolley Tours of San Diego. People tend to remember stories related to physical places. Interstate 5 is the backbone of California, with most of our state’s population living or working within 10 miles of that highway, so it’s a path to an incredible variety of stories.

Q: Why would readers outside of Southern California be interested in these Jewish stories along Interstate 5?

A: Some of the stories in this book are strictly local, while others have a national or even international scope. Just three examples of national stories are: the brothers who founded the Simon Property Group, which owns hundreds of shopping centers across the United States; the Tisch family, who have sports, philanthropic and real estate interests throughout the US; and the establishment of the Sesame Street television show, which in turn led to the development of the new amusement park Sesame Place San Diego.

In addition to learning about companies and programs that may be represented in their own cities, readers from outside the region can also get a taste of some of the local Jewish aspects of San Diego, one of the country’s most popular vacation destinations. Wherever I travel, I love finding Jewish connections, and I believe visitors who are in San Diego will too. One chapter gives a Jewish tour of Balboa Park. Another tells of Jews who played for the San Diego Padres.

Question: Which or two stories stand out to you as unique in this book?

A: From a personal point of view, I enjoyed telling the stories of personal friends like symphony musician Eileen Wingard and the late San Diego County Sheriff Bill Kolender. One of the most enjoyable stories to write involved the accidents that occurred during the 1983 City of San Diego reception for Queen Elizabeth II, which I was able to observe up close.

Q: What is unique about the Jewish history of San Diego and Southern California compared to other regions of the country?

A: Each region of the country is influenced by its geography. San Diego County occupies the southwestern corner of the continental United States. It is bordered on the south by Mexico and on the west by the Pacific Ocean. Some stories, loaded with the Jewish experience, reflect that special heritage. This book looks at Jewish life across the border in Tijuana and talks about the murals in Chicano Park. It also tells Jewish stories about the US Navy and the port of San Diego.

Q: Why do you think it is important to find a Jewish story everywhere?

A: There are two different audiences for this type of book: Jews and non-Jews. To my fellow Jews, the book is a reminder of the many traces we have contributed to the tapestry of American life. It also tells some of the prejudices and prejudices that we have had to overcome. For non-Jews, it is an introduction to Jews in various activities: as businessmen, farmers, environmentalists, artists, historians, philosophers, teachers, journalists, politicians, civil rights leaders, spiritual leaders and law enforcement officers. In other words, the book offers them the opportunity to meet Jews in areas of common interest.

Jacob Kamaras is the editor and publisher of the San Diego Jewish World† which was founded by Donald Harrison.