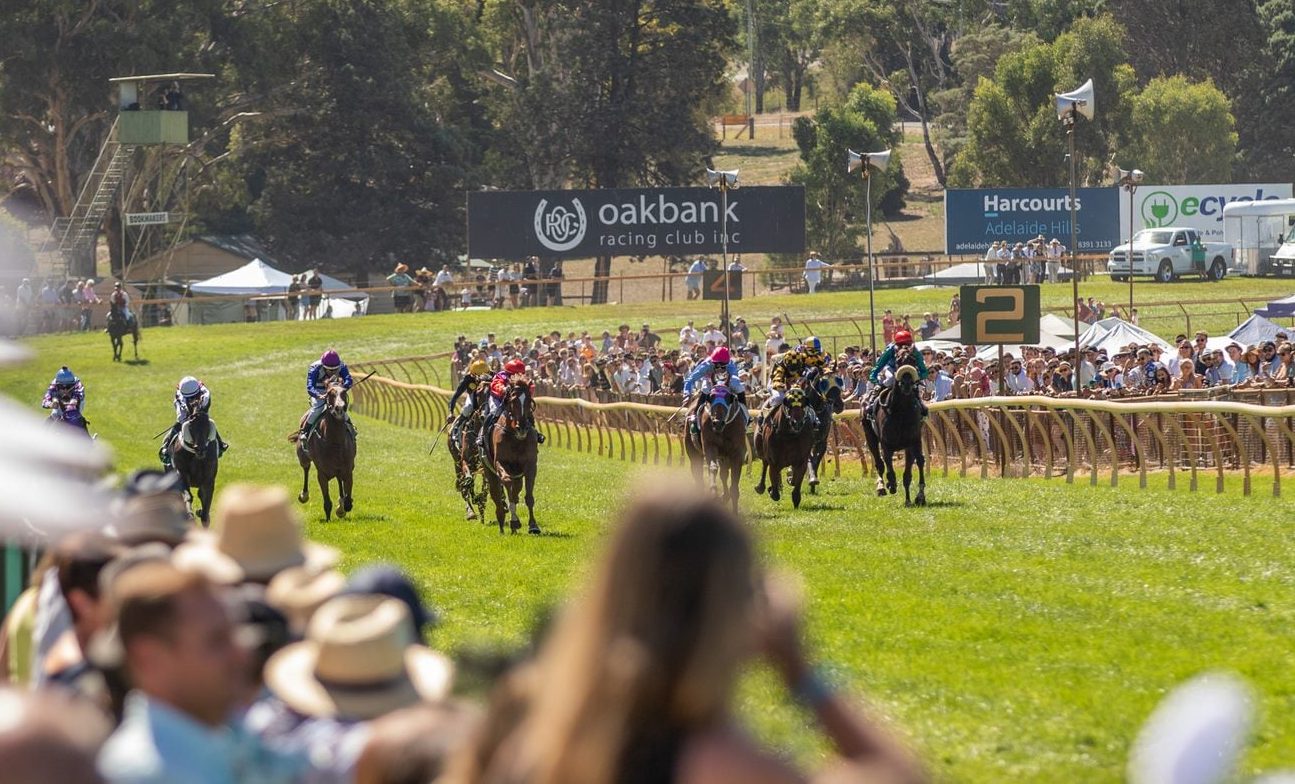 A board election was called as part of a settlement involving prominent members of the club – including prominent parole president Frances Nelson QC, former Supreme Court and Federal Court judge John von Doussa and racing legend and former club president John Glatz – who launched legal action against the club alleging it was complicit in a decision by Racing SA to stop racing by leaps and bounds.

That marked the cancellation of Oakbank’s annual competition, the Great Eastern Steeplechase, with the group adamant that the change was responsible for the poor crowds at this year’s event.

The election was concluded on Friday, with the existing board, led by chairman Arabella Branson, re-elected – but the rebel group has launched a new broadside, arguing the elections were invalid.

Nelson, former chairman of Racing SA, said today: “The current committee was re-elected last Friday through a flawed voting process which prevented a large number of members from voting.”

“The ballots were sent out so late that they arrived so late that a large number of members were unable to vote within the allotted time,” she said.

“Some members didn’t get a ballot at all.”

She said the group “agreed to end our Supreme Court action over the oppressive and unconstitutional conduct of the Oakbank Racing Club committee after agreeing to reinstate memberships they had improperly revoked and held a vote.” where all members of a committee could vote on the basis that the vote would take place remotely from the committee”.

“We entered into that agreement in good faith,” she said in a statement.

“The committee has declined to provide details on how many ballots were sent, how many votes were counted and whether any were rejected and if so, why.

“It is understandable that the members who have not been given a vote are angry and feel betrayed.”

She said the commission was “in violation of the agreement and that further legal action is now likely”.

The group has signed an application calling for a special general meeting at which another committee election will be held.

“Since this committee has twice rejected requests from members in the past, legal action will be required if they refuse again,” Nelson said.

“The club is owned by the members. It is not the personal fief of the committee, which presided over the worst Easter race meeting in history.”

Branson told ABC Radio Adelaide today that the election was “fair” and that the voting process was “something we agreed on as we settled the legal process”.

“They agreed that the auditor should oversee the process, they agreed that we should have an independent chairperson at the meeting [and] that would be the end of the matter,” she said.

Branson reiterated that “the decision on show jumping was made by the governing body of racing in this state, Racing SA”.

“It was not made by our club,” she said.

“Frances and some of the other members were upset that we didn’t consult with members – we’ve consulted with members now… and they’re not happy with the outcome.

“We say: we’ve given them what they want… they have to stop.

“They need to stop killing our club with these relentless legal threats and unreasonable demands.”

Branson said the specific results of the vote were confidential, but stressed that “a very, very significant number of votes had been received by the auditor”.

“I’m not sure what else we can do but walk away and give her the keys, but we didn’t because it wouldn’t be in the best interest of the club,” she said.

It comes as parliament prepares to vote this week on a bid by Greens MLC Tammy Franks to outright ban jump racing in SA.

The Liberal opposition will oppose the measure, but Labor says it is still in talks.

“We’ve had reports that there are large areas of the racing industry that actually support the show jumping ban – that’s something we’re taking into consideration.”