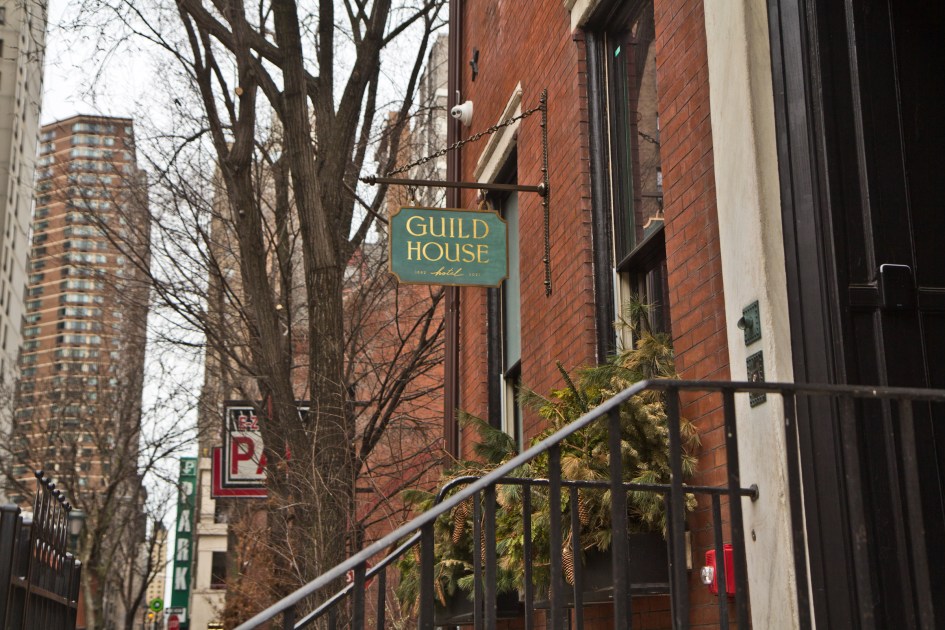 From high-rise to boutique, the city has welcomed more than 1,500 new hotel rooms over the past couple of years.

Love Philly? Sign up for the free Billy Penn newsletter to get everything you need to know about Philadelphia, every day.

Tourism is slowly returning to Philadelphia, with Center City’s hotels seeing 41% occupancy in 2021. That’s up from 31% the year prior, but still only a little more than half of the 2019 figure.

In the midst of the industry’s uncertainty and financial woes, a handful of new Philadelphia hotels managed to open their doors. There’s a big range of vibes, from a swanky highrise with gold chandeliers to an “invisible service” boutique spot designed to commemorate notable women who once used the historic building.

Here’s a look at where you can find 1,543 of Philly’s newest guest rooms and suites.

Delayed from a planned opening in April 2020, the Hilton’s Canopy started welcoming guests four months later at a spot that until about 50 years ago housed Stephen Girard’s philanthropic trust. The 236-room hotel is part of the $400-million mixed-use East Market development, which also includes two apartment towers, a Wawa, and retail and office space.

The hotel has an on-site restaurant called The Wayward, and there’s a Federal Donuts outpost right off the welcome area. Guests are offered complimentary bikes to get around the city without a car.

In a restored Victorian-era rowhome that’s a national historic landmark, the Guild House Hotel was once a meeting place for the New Century Guild, a 19th-century women’s group that gave assistance to women entering the labor force. Members included artists, poets, and leaders from the NAACP and Pennsylvania Suffrage Association.

The luxury boutique hotel in Washington Square West — designed by Rohe Creative, a woman-owned, Philadelphia-based interior design firm — has 12 guest rooms, each paying tribute to one of the former Guild members. It’s also an “invisible service” hotel, which means the staff is off-site during guests’ stays, but on call 24/7.

Located in Rittenhouse Square on the corner where the beloved all-night diner Little Pete’s once stood, this Hyatt Centric opened in October 2020 after five years in the making. It has 332 rooms with locally inspired art and over 5,000 square feet of meeting space.

Patchwork, a combination bar, restaurant, and grab-and-go market, opened at the hotel last month. According to a spokesperson, the hotel encourages guests to explore restaurants and attractions in Philly rather than staying mostly on-site.

A quick walk from City Hall, this 460-room high-rise “extended-stay” hotel opened to guests last spring, delayed a few months following six years of planning and construction of a brand new skyscraper. Element includes rooms marketed toward people looking to stay in the city longer than just a handful of days, some of which include kitchenettes or fully-equipped kitchens with stovetops, dishwashers, and refrigerators.

The Element’s more upscale neighbor, W Philadelphia takes up the upper floors of the high-rise they share. It has 295 rooms with some Philly-specific decor, onsite food and drink options including the Italian restaurant Dolce, a secret garden, and a year-round heated pool. Some top-of-the-line suites feature amenities like billiards tables and in-room DJ booths. It also has 45,000 square feet (three floors) of event space, reportedly including a floating chandelier made out of 10,000 gold coins — a pretty extra shout-out to Philly’s banking history.

You can probably figure it out from the name, but the main draw here is that this is a casino, which also has 208 hotel rooms. Its opening last year in South Philly, right near the sports complex — a neighborhood it’s trying to rebrand as the Stadium District — made it the second casino in the city and the first with an attached hotel.

The 510,000-sq.-ft. facility has frequent entertainment and nine different places to eat or drink, including a Lorenzo’s and Sons location, a Termini Brothers outpost, and two Guy Fieri restaurants. Philly’s own pocket of Flavortown.