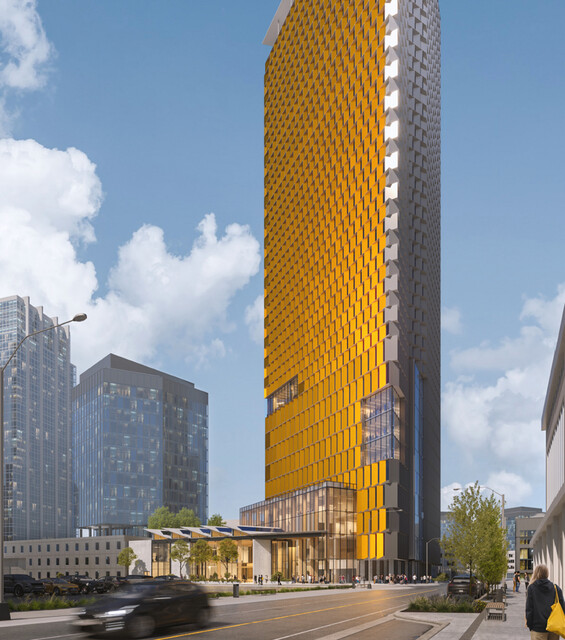 In a new filing with the city Monday, the university is seeking to change the height of its downtown campus and residential tower on Doyle Avenue from 34 stories to 46.

It is part of an application for a change for an extensively planned campus.

If finally approved by the council, it would become the tallest building in the city, above the 42-story Eli Building, part of the Water Street by the Lake project.

The previous application for a 34-storey building was submitted to the city’s spatial planning department in December, but has yet to come to the council’s table.

The latest version would encompass a “full range of academic, research and other supporting land uses essential to a leading university program and campus,” the application said.

Residential and educational services would be the primary use within the building, with childcare, culture, health, liquor primarily, offices, professional services, religious gatherings and retail as secondary uses.

The top 34 floors would be dedicated to 503 residential units. Those would include 335 studio units, 68 one-bedroom and 100 two-bedroom.

Kelowna’s planning director Ryan Smith said a year ago that 46 floors may be pushing the boundaries of what the planning department can support.

In that case he was talking about a 46-storey proposal from New Town Architecture on Bertramstraat near Bernard.

That proposal has since been withdrawn.

In discussing that particular project and the elevation in general, Smith said it was his belief that the city has reached its peak in terms of elevation, specifically talking about the 42-story Eli project.

“Leon was kind of a special case. From the staff perspective, we don’t see the need to support much more than what we already have, if at all,” he said at the time.