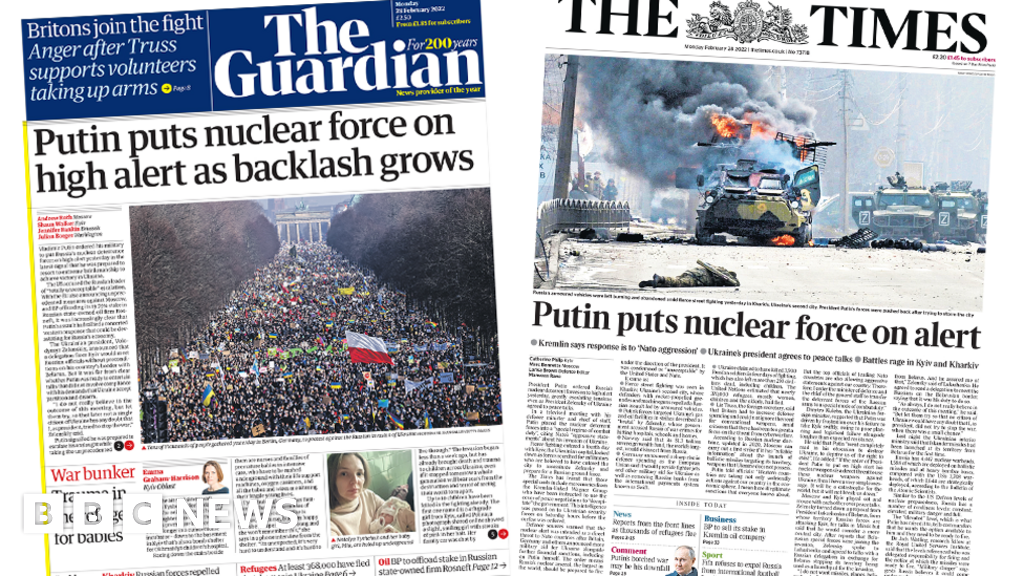 The move by the Russian president “greatly” escalates tensions, the Times adds, even as Ukrainian President Volodymyr Zelensky agreed to peace talks. Kyiv remains locked down, with forces searching for infiltrators who are suspected of entering the city to assassinate Mr Zelensky, according to the paper. The nuclear alert is intended as a threat to Nato countries after more military aid was announced for Ukraine, as well as financial sanctions, the paper adds.