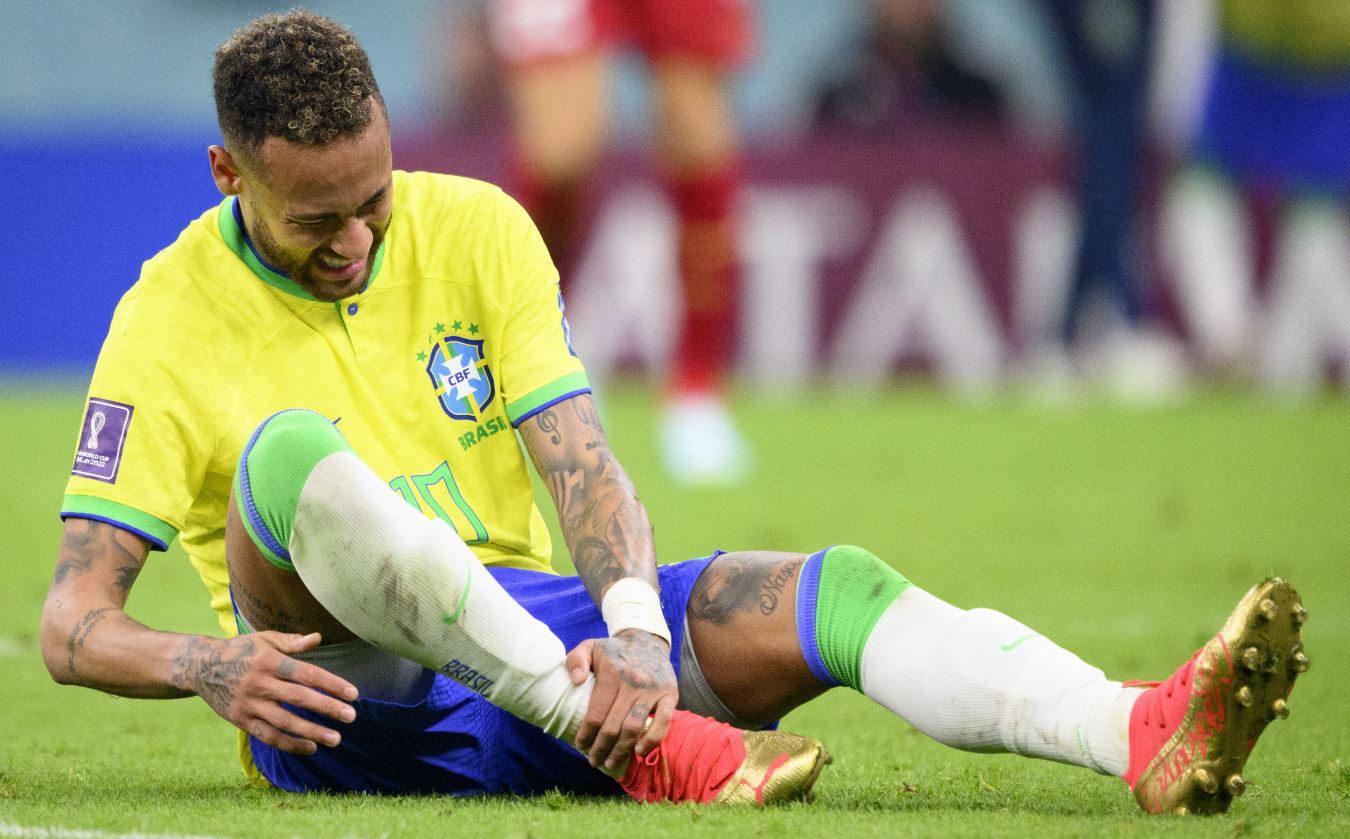 Brazil national team star Neymar injured his right ankle as he left the stadium limping in his country’s 2-0 win over Serbia at the 2022 Qatar World Cup. Later Brazil’s team doctor, Rodrigo Lazmar, revealed there was a sprain in the ankle, where Neymar was scheduled to undergo surgery after 24 hours. He explained: “We have to wait between 24 and 48 hours to make a new assessment” of the severity of this injury and the possibility of his absence.

The injury caused widespread panic among the Brazilian public, especially in light of the big bet on Neymar to lead the “samba” to the world title. While sitting on the bench, the French player from Paris Saint-Germain took off the shoe of his right foot and removed his sock and shin guard, and in the photos taken by the Agence France-Presse photographers, an egg-sized swelling appeared . on the bottom of his foot. Then Neymar seemed to stumble back to the dressing room.

Neymar has a long history of injuries, most notably to his right ankle in 2019, which prevented him from competing in the Copa America at the time. He also suffered a serious back injury during the 2014 World Cup quarter-final against Colombia, which prevented him from completing the campaign in the Brazil-hosted version.
Neymar was very active in the match held at Lusail Stadium, where the last game will be played on December 18, and he was one of the most prominent players of the Brazilian national team until his departure in the 80th minute. team, which wants to win the World Cup for the sixth time, will face its Swiss counterpart next Monday.