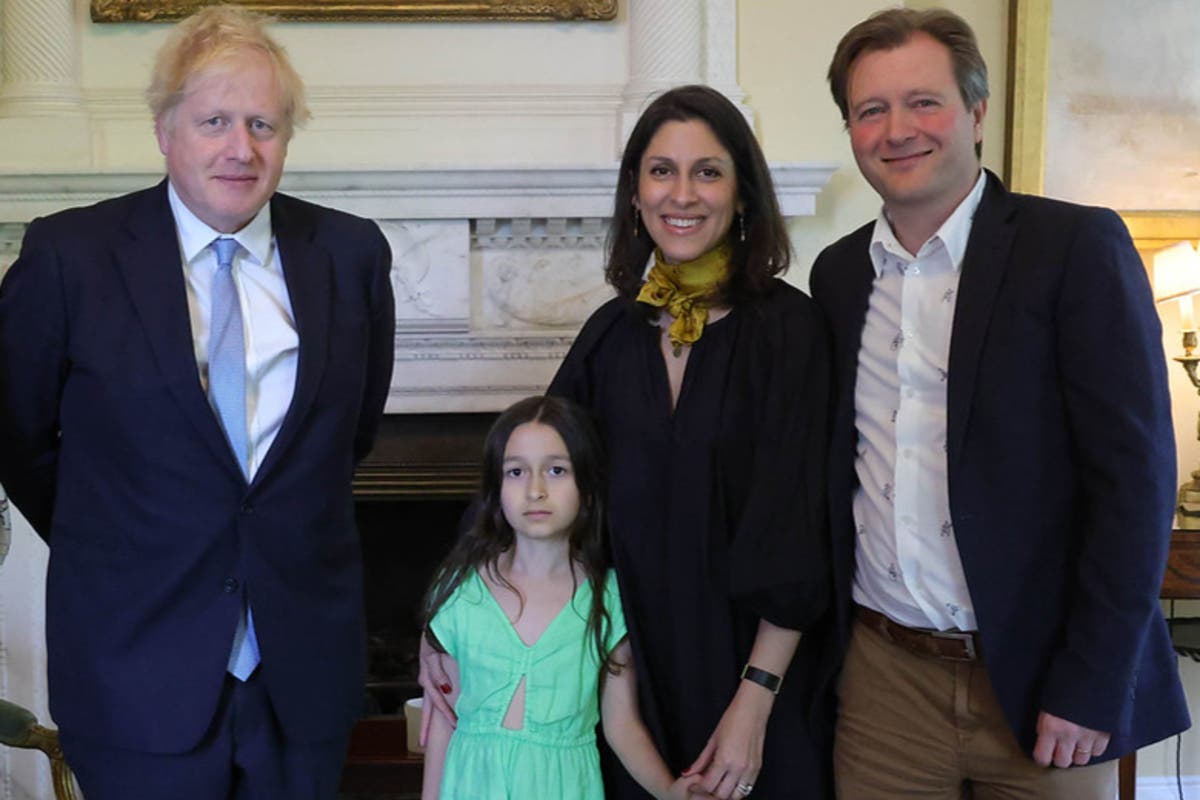 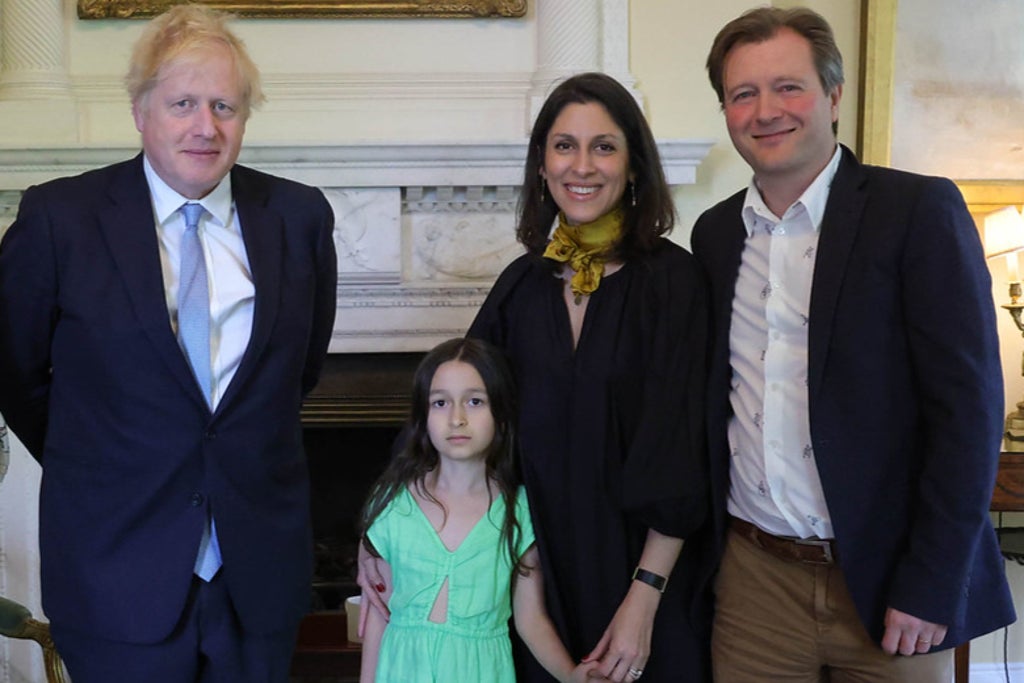 The prime minister was apparently “appalled” after the British-Iranian dual citizen told him she had lived for years in the “shadow of his words” during their first meeting since her release.

Ms Zaghari-Ratcliffe and her husband Richard Ratcliffe took their daughter Gabriella and MP Tulip Siddiq to the Downing Street discussions on Friday.

The mother was released in March along with fellow inmate Anoosheh Ashoori after the UK agreed to settle a historic £400million debt dating back to the 1970s.

But Johnson was accused of prolonging her ordeal when, as Secretary of State in 2017, he falsely claimed that she had trained journalists at the time of her arrest in 2016.

Speaking to reporters in Downing Street, Mr Ratcliffe said his wife challenged the prime minister “why did it take so long” to secure her release.

She also told him the “huge impact” his comments had on her, even saying that Iranian authorities brought up Mr Johnson’s words during questioning shortly before her release.

When asked if the Prime Minister apologised, Mr Ratcliffe replied: “Not specifically.”

The prime minister looked “quite shocked” when Ms Zaghari-Ratcliffe told him she had “lived the best part of four and a half years in the “shadow of his words”, Ms Siddiq said.

She told broadcasters: “I was really proud of Nazanin. Sitting next to the Prime Minister, she told him very clearly and categorically that his words had had a profound impact on her and that she had lived in the shadow of his words for the better part of four and a half years. year.

“I have to say the Prime Minister looked quite shocked, I think, when she said that, but I was really proud that she said that because she wanted to make it clear to him that she is happy now, she is grateful, she appreciates the fact that she home now, but there was a time when the words had a big impact.”

The Prime Minister “enjoyed” meeting Ms Zaghari-Ratcliffe in what her family said was not an “abrasive” event.

Ms Siddiq told reporters: “I think he enjoyed meeting her, I think he found it interesting and I think in a way it wasn’t something he hadn’t heard before.”

Mr Ratcliffe said: “I don’t think it was an abrasive meeting. We are here in happier circumstances than in previous gatherings. I’m glad we are.”

Ratcliffe said there was not necessarily “closure” for the family after the meeting as he reiterated his call for Mr Johnson to testify before the Commons Foreign Affairs Committee’s inquiry into Ms Zaghari-Ratcliffe’s case.

“I meant it when I said, Please try to prove it. He said he would look into it,” Ratcliffe said.

“I think he was part of our cause in several roles, it’s important that his perspective is shared fairly with Parliament.”