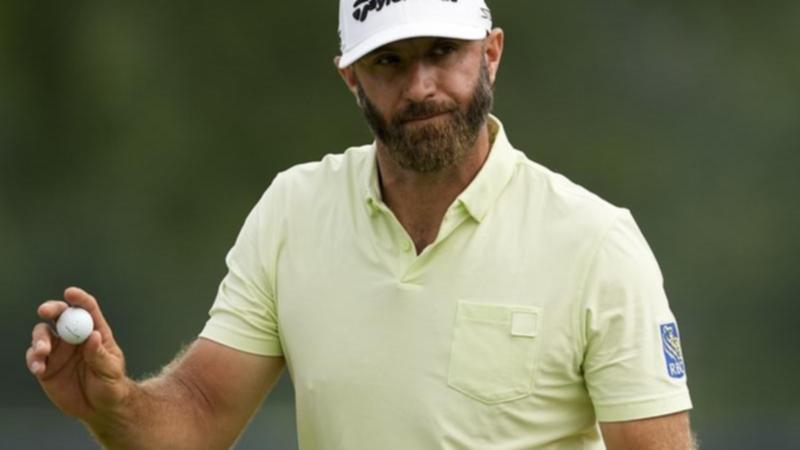 The official defection of the former world No. 1 to Norman’s LIV Invitational Series was headlined on Tuesday at the Centurion Club, north of London.

But it didn’t stop Johnson and his fellow major “rebels” from criticizing the media for their participation in the series as a potentially rambunctious build-up for Thursday’s opener began.

While organizers discussed the new format of the 54-hole LIV team event, Johnson and co had to brush aside questions about Saudi human rights violations and “sports washes” while looking clearly uncomfortable at a press conference.

Johnson and his decision to drop out of the PGA Tour, where he made $74 million ($A100 million), was a real coup for Norman’s breakout tour to announce, even before the event’s Australian ringmaster had even arrived in St Albans. .

Johnson, 37, realized he may have jeopardized his chances of ever playing in the Ryder Cup again, but pending the ramifications of his decision, he said he still expected to play at next week’s US Open. .

The USGA announced later on Tuesday that dozens of St Albans players would be allowed to play the Open at Brookline.

Johnson is the second player to retire from the PGA Tour to participate in the event and is funded by the Saudis’ Public Investment Fund with a $255 million ($A350 million) prize pool.

It’s portrayed as a landmark week in the battle for the soul of golf, with Norman proclaiming that his LIV series could “change the course of sport’s history” and his critics dismissing it as a money-laden ‘sports wash’ exercise. that could tear the sport apart,

But Kevin Na, the first player to retire from the PGA Tour last week, offered an eloquent defense of the LIV concept, saying it could “become the best tour in the world” and he was happy to be pioneers.

Phil Mickelson is the most prominent player on board after ending his four-month self-imposed exile from the sport, but it was left to other big winners Johnson, Graeme McDowell and Louis Oosthuizen on Tuesday to answer the tough questions.

One to McDowell at the end summed up the tone.

“You’re basically working as an extension of Saudi PR now. You talked about how the series is a force for good and the journey you’ve been telling about Saudi Arabia is underway,” he was told.

“How does that trip help the oppressed women in Saudi Arabia? The migrant groups, their rights violated? The LGBTQ individuals being criminalized? The families of the 81 men executed in March? And those being bombed in Yemen?”

To which McDowell, effectively responding as spokesperson for the other two, replied, “…As golfers, if we were trying to remedy geopolitical situations in every country in the world where we play golf, we wouldn’t be playing golf much. It’s a very difficult one.” question to answer……”

The conference ended on a lively note with a reporter prevented from asking a question and then blocked from following the session host, former White House press secretary Ari Fleischer, out of the room.

Six Australians have reached the 48-man field, led by the over-40s, Matt Jones, a PGA Tour fan, and Wade Ormsby, a European Tour veteran who will captain one of the 12 four-man teams.

They also feature younger players such as Jed Morgan, Travis Smyth, Kevin Yuan and Blake Windred, all of whom are outside the top 200 in the world.