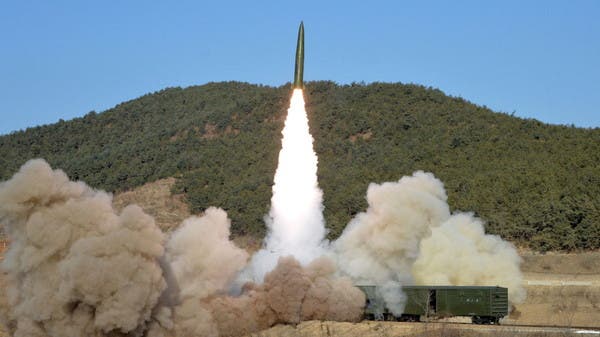 North Korea could conduct a seventh nuclear test “any moment” and has shown no interest in returning to negotiations, US Special Representative for North Korea Sung Kim said Tuesday.

North Korea has tested an unprecedented number of ballistic missiles this year, and its officials have also used rhetoric that could suggest plans to use tactical nuclear weapons, Kim told reporters in a telephone briefing.

Kim echoed US statements that Washington has assessed that North Korea is preparing to conduct a seventh nuclear test, adding, when asked when that could happen:

“I have no more timing. They’ve clearly made preparations… and I understand they’re testing any minute now.”

Kim noted that North Korea conducted test launches of eight ballistic missiles from various parts of the country on June 5, the largest number ever launched in a single day.

He reiterated the US readiness to engage in diplomatic talks with North Korea without preconditions and said Washington was ready to raise issues affecting Pyongyang if it returns to talks.

“However, to date, the DPRK has not responded and still shows no indication that it is interested in involvement,” he said, referring to North Korea by the initials of its official name.

Kim, speaking from Jakarta, where he also serves as US ambassador to Indonesia, said he hoped China would be more willing to assist in efforts to persuade North Korea to denuclearize in the future.