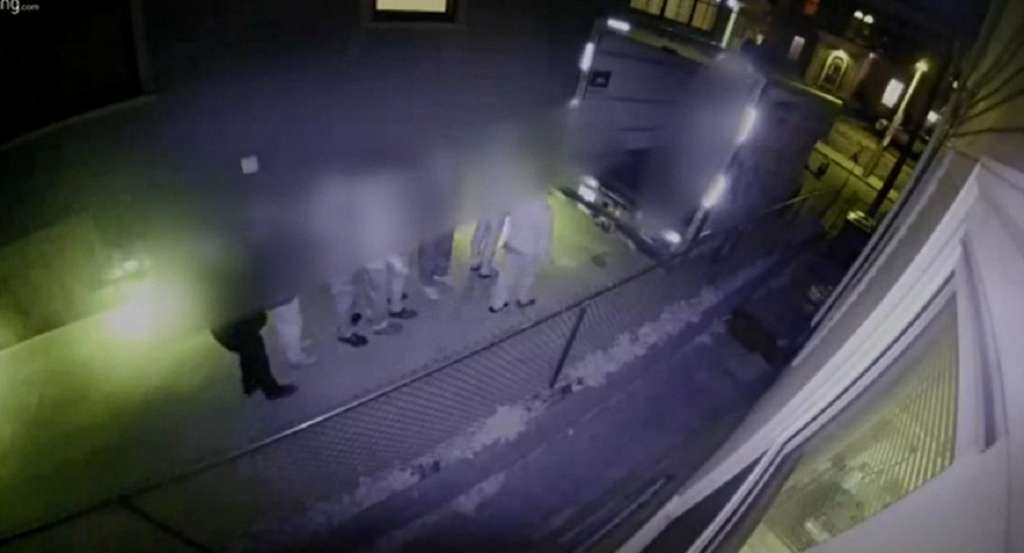 BOSTON (WHDH) – A northeastern fraternity has been put on trial after their neighbor captured video of blindfolded pledges being loaded into a moving van in December.

Terre Dilworth said he lives next door to Phi Delta Theta on Cedar Street, and his surveillance cameras captured video of more than a dozen people being ushered into a U-Haul truck one night.

“There were actually more than 20 kids who were blindfolded, took off coats, and led into the back of a U-Haul by other members of a U-Haul,” Dilworth said. “You’re endangering someone’s child, you’re putting their life in danger for something that isn’t worth it.”

Dilworth called the police, and when officers arrived, they spoke to people in the house, who eventually told them the pledges were in Needham, according to a police report. They returned the truck and the promises found drove back to the house.

Northeast officials said they were made aware of the incident in December.

“We have conducted a thorough investigation and determined that the fraternity violates the university’s code of conduct for students,” officials said in a statement. “As a result, the fraternity was put on probation until spring 2022 and additional sanctions were imposed.”