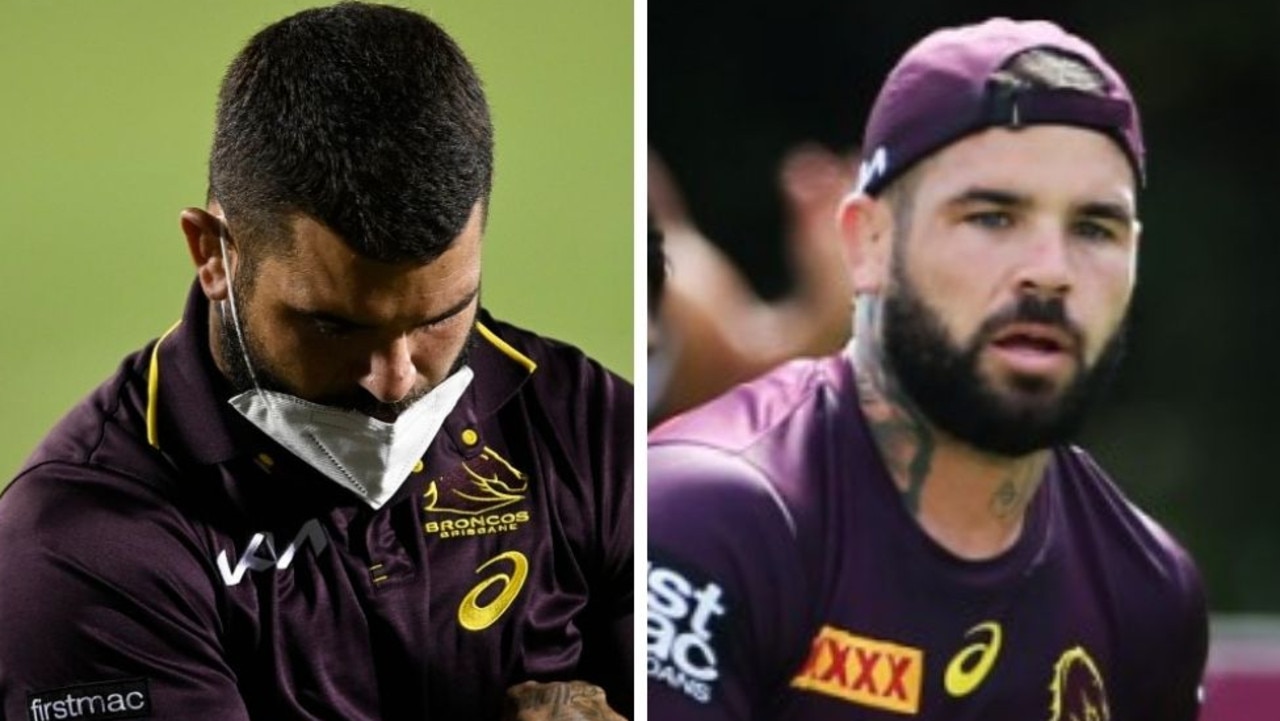 He was supposed to line up against his old club in round 1, but Broncos recruit Adam Reynolds may be forced to watch from home.

The Brisbane Broncos’ marquee recruit and new captain Adam Reynolds is racing the clock to be available for round 1 after returning a positive rapid antigen test.

Both Reynolds and Kobe Hetherington, who also tested positive, are isolating at home while they await the results of PCR tests.

The pair were experiencing minor flu-like symptoms, the Broncos confirmed on Thursday morning.

A positive PCR test would rob Reynolds of the chance to face his old club, the South Sydney Rabbitiohs, in the first week of the NRL season.

Reynolds played more than 200 first grade games for the Rabbitohs, guiding the club to two grand finals in that time, before signing a three-year contract with the Broncos that begins this season.

Stream every game of every round of the 2022 NRL Telstra Premiership Season Live & Ad-Break Free In Play on Kayo. New to Kayo? Try 14-Days Free Now >

Reynolds’ ability to play in round 1 had already been in some doubt after the premiership-winning halfback reported leg soreness in the lead-up to Brisbane’s second NRL trial.

Reynolds didn’t play either of the Broncos’ pre-season games and trained away from the playing group ahead of the second, but coach Kevin Walters previously insisted the injury wouldn’t keep him out of round 1.

Ahead of Ben Ikin’s first full season as football and performance director, Brisbane splashed cash on luring Reynolds and premiership-winning Panther Kurt Capewell to the club.

Walters and Ikin will be banking on the pair to help steer the young Broncos out of the mire and back to their former glory.

It remains to be seen who will partner Reynolds in the halves at Red Hill in 2022, however.

Billy Walters, Albert Kelly and Tyson Gamble are the three likeliest candidates and all had the chance to strut their stuff in the trials.