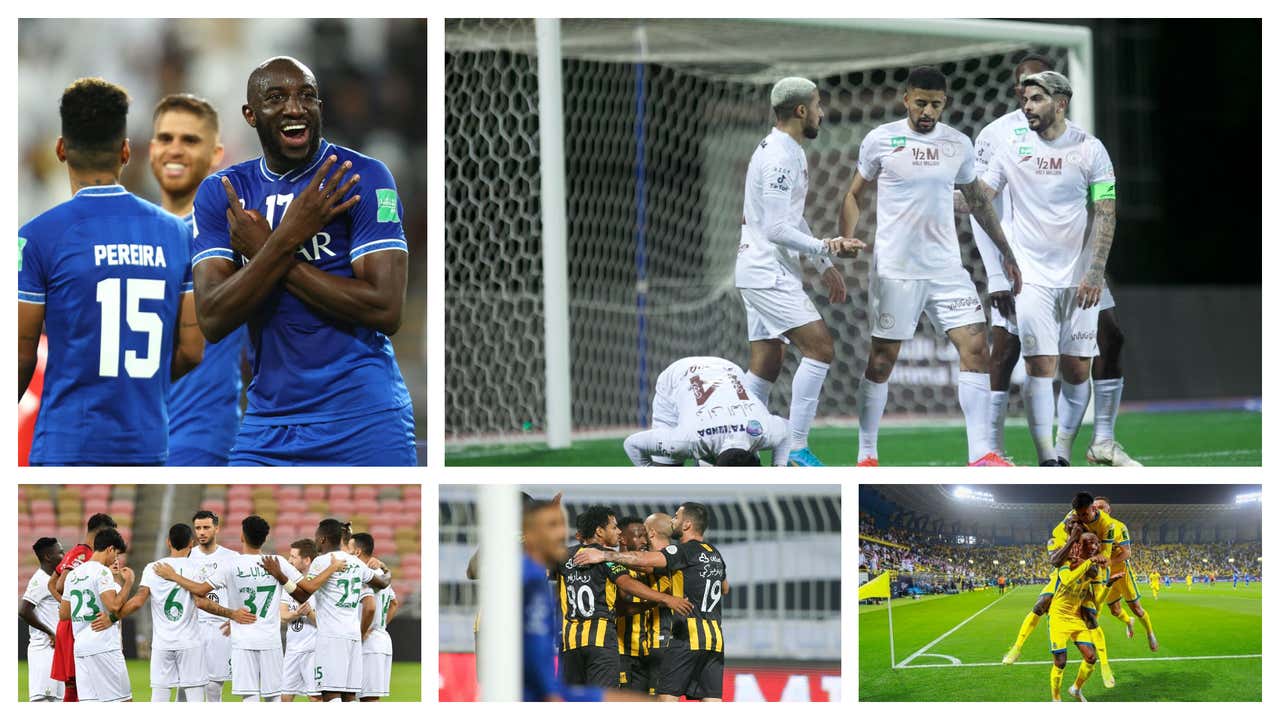 The Saudi Professional League surprised everyone by making a shocking and surprising decision regarding the scheduling of the postponed matches of the Saudi League’s 27th round as it announced the suspension of the entire tournament until May 21, a decision that left one team benefited and harmed 3 others.

The Professional League has decided to postpone the remaining matches of the current round of the Saudi League tonight, based on the decision of the Ministry of Sports and Karim’s directive to suspend official sports competitions for 3 days to mourn over the death of Sheikh Khalifa bin Zayed , President of the UAE.

The Al-Ittihad and Al-Hilal summit in Jeddah topped the Saudi League’s round that started yesterday, especially after the latter’s victory over Al-Ittifaq in last Wednesday’s postponed game, widening the gap in lead between the two teams was reduced to just 6 points.

Also read | Ziyash and Hamdallah are on their way.. Mazraoui ends the dispute with Halilhodzic and returns to Morocco

Expectations initially suggested the matches would be held on Monday or Tuesday, then there was talk of postponing the Clasico to next week after Al-Hilal and Al-Fayha’s match in the final of the Custodian of the Two Holy Mosques Cup, but the professional League postponed the end of the season from May 29 to June 23 in a decision that drew sharp criticism.

The main question about the decision, who is the winner and the loser of this massive delay? Especially the decisive El Clasio game in the title fight? The answer we are trying to give here.

Al-Hilal is the only winner to postpone the matches for such a long period of time as it is most affected if the matches are played at their predetermined time, or even if they are played on Monday or next Tuesday due to the great pressure experienced by the team during the last two months.

That schedule, which is very compressed and full of difficult and important matches in that crucial phase of the match, took a physical toll on the team and made it the injuries to attack his players vigorously, so it is normal for him to most benefited from not playing at the moment as this will give him a period of rest and breath and muscle recovery for the players especially as his competitors are up. On the contrary, they had a good rest before the tournament resumed.

Al-Nasr, Al-Ahly and Al-Ittihad .. 3 losers of the postponement

Al-Nassr is without a doubt one of the biggest losers from the postponement decision, although he will recover some of his injuries when the competition resumes, having had an excellent preparation period during the hiatus period, coming back strongly and putting in a very good performance. strong show against Al-Shabab, beating by four goals to two.

The victory train had barely started in the final stages of the season to settle the dispute for third place in the 2023 AFC Champions League qualifiers with Al Shabab in his favour. This will interrupt the ascending sequence and possibly reset it to zero.

Al-Ahly is also one of the losers, as it now has to play and win a match, after the last draw with Al-Batin, so that the team can regain some composure and regain some of the lost confidence. get criticized everywhere.

Al-Ittihad is arguably the biggest loser from this sudden shutdown in the Saudi League. Since facing Al-Hazm on March 18, the team has only played 3 official games and during that period there were many interruptions, affecting physical and technical coordination.

Al-Ittihad faced Al-Hazm on March 18, then Al-Fayhaa in the Cup semi-final on April 4, then retired for about a month before playing Al-Fateh on May 6. FIFA.

The truth is that this schedule is in the interest of one club.. They ignore the interests of all league clubs this season and the next.. Even the interest of the national team, whose players have to rest before the World Cup season, is not taken into account.. pic.twitter.com/DX1XqZu6rD

May God help coach Cosmin Contra and the physical preparation of the union in this “chaos” in the match schedule, which will certainly cast a negative shadow on the physical and technical condition of the players, and all this will negatively affect their readiness to face Al-Hilal in the deciding game.

This is in addition to the great pressure that the team will experience with its players, management, coach, public and media because of the Al-Hilal match and its decisive role in the conflict can affect the players mentally because sometimes you have to get rid of the difficult big game and start after it instead of waiting for it and taking it daily into account.. Very big nervous pressure Everyone has to.

Why this strange Pro League schedule?

The most important question today in the media and the Saudi football street, why this big delay and extension of the end of the competition until June 23 next! For whose benefit is all this delay? Even Al Hilal, the only one to benefit from this, will suffer in part as players will not have a proper rest period and then a good preparation phase for next season’s benefits.

Had the problem occurred in the King’s Cup final it could have been postponed until after the Saudi League ends, and this would only involve two clubs, not 16! After that, matches will be played from next Tuesday and each round will be postponed by 24 hours.

I think the decision does not serve the ultimate goal, which is the national team, but rather hurts him enormously. pic.twitter.com/1bHKUYSFEO

It was also possible to play matches on Tuesday, postpone the cup final for 24 hours, and then place the matches of Al-Hilal and Al-Fayha in the 28th round in their last days. Many solutions were better at the front of the Professional League than the very exaggerated postponement decision.