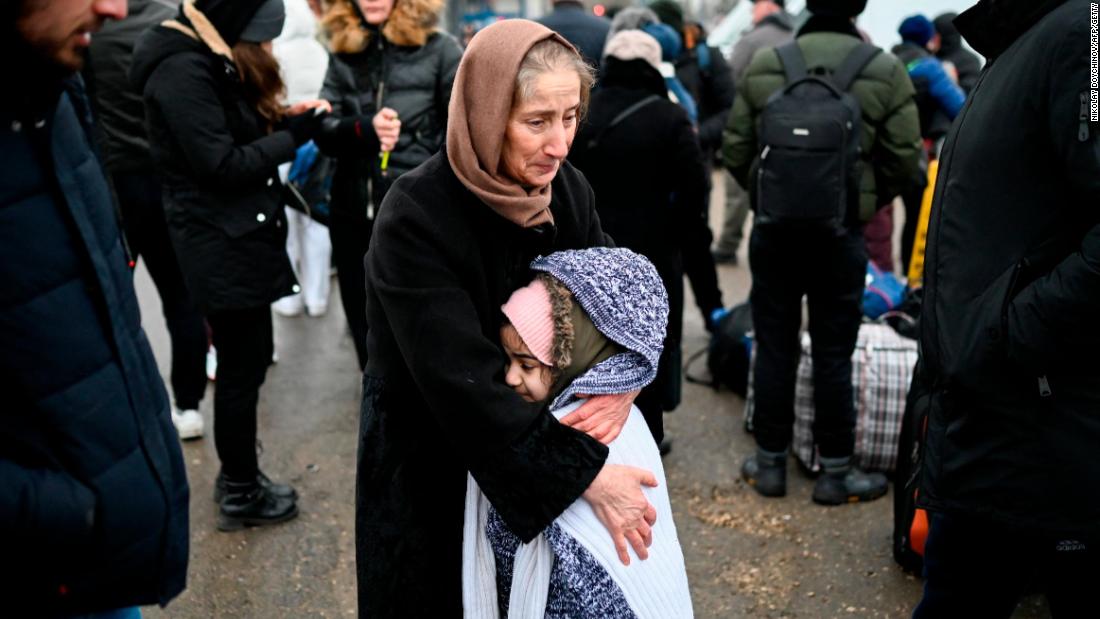 Ukrainian President Volodymyr Zelensky rightfully tweeted“To the world: What is the point of saying never again for 80 years, if the world stays silent when a bomb drops on the same site of Babyn Yar?”

I will not stay silent and sit back as these atrocities play out before our eyes.

When I received a call from a dear friend to assist with the desperate evacuation of hundreds of Jewish orphans and support staff at the Tikva Children’s Home in Odessa following the Russian invasion of Ukraine, it struck a personal chord.

When World War II erupted in 1939, my father was just two years old. When my grandfather, a tank commander in the Red Army, received advance intelligence that the Jews in Kyiv would be massacred, he mobilized his military resources and smuggled my grandmother and father to the Kamchatka Peninsula in Siberia, where they remained until 1945.

They were fortunate to have a path toward survival carved out by my grandfather, who went on to lead a brigade to liberate Hungarian Jews during the Holocaust. And despite being a Jew, he became a national war hero and received the Order of Lenin in 1954.

Now, with Russia seemingly targeting innocent civilians in Kharkiv’s central square, and the 40-mile long Russian convoy approaching Kyiv, the United Nations estimates that more than 800,000 refugees have already evacuated Ukraine since the outbreak of war. Many of these refugees are women and children torn apart from their husbands, fathers and brothers who remain in Ukraine, banded in their determination to protect their land and defend their democratic values.

It seems history is repeating itself less than one century later, and the heartbreak I feel stems from the understanding that this unprovoked conflict, started by yet another dangerous man, will lead to so much unnecessary suffering.

To remain indifferent is not an option. We all have a moral obligation to halt this tragic suffering through an outpouring of humanitarian aid to the innocent refugees and victims.

It is also critical that we all become students of history — to expose evil, to shame the dark forces of bigotry and anti-Semitism that still persist, to call out Russian President Vladimir Putin for attacking civilians and to protect the innocent children in Ukraine who are caught in the crossfire of his disturbed ambitions.

It is not lost on me that Putin has tried to rewrite history and justify this war with the unhinged assertion that he is trying to “denazify” Ukraine. To invade a nation led by a proud Jewish man — and then to strike, intentionally or not, the area of ​​a Holocaust memorial site honoring the death of thousands upon thousands of Jews is as far from “denazification” as one could imagine.
Zelensky is Jewish. His grandfather, who fought in the Soviet Union’s Red Army during World War II, lost three of his brothers to Nazis. And out of the dark ashes of the Holocaust, the Jewish President of Ukraine is leading the emergence of a global front united against Putin’s unjustified war.

And despite Putin’s misinformation and propaganda campaigns, Ukrainians are taking to social media to capture the reality of the Russian invasion. I personally know how powerful social media can be.

In October 2018, I launched my own watchdog organization to combat anti-Semitism. Three weeks later, an anti-Semite killed 11 innocent Jews at the Tree of Life synagogue in Pittsburgh. Because I already had a strong social media following, my nascent organization’s response to that massacre exploded on social media. Since then, I haven’t stopped leveraging the power of social media to expose and hold anti-Semites publicly accountable. In the last week, we’ve seen the power of TikTok and other social media platforms as Ukrainians capture what they’re seeing and experiencing on the ground.

And for all of us around the world watching this horrific war unfold, amplifying the truth on social media is critical, but it is not enough. To meet the needs of Ukraine’s exploding humanitarian crisis, we must take action to protect the innocent children and civilians whose lives have been upended by war.

As Zelensky pleaded to the European Union, “We have a desire to see our children alive. I think it’s a fair one.”

The children of Ukraine and the Jewish orphans from Odessa need our help. Let us all show up for them.