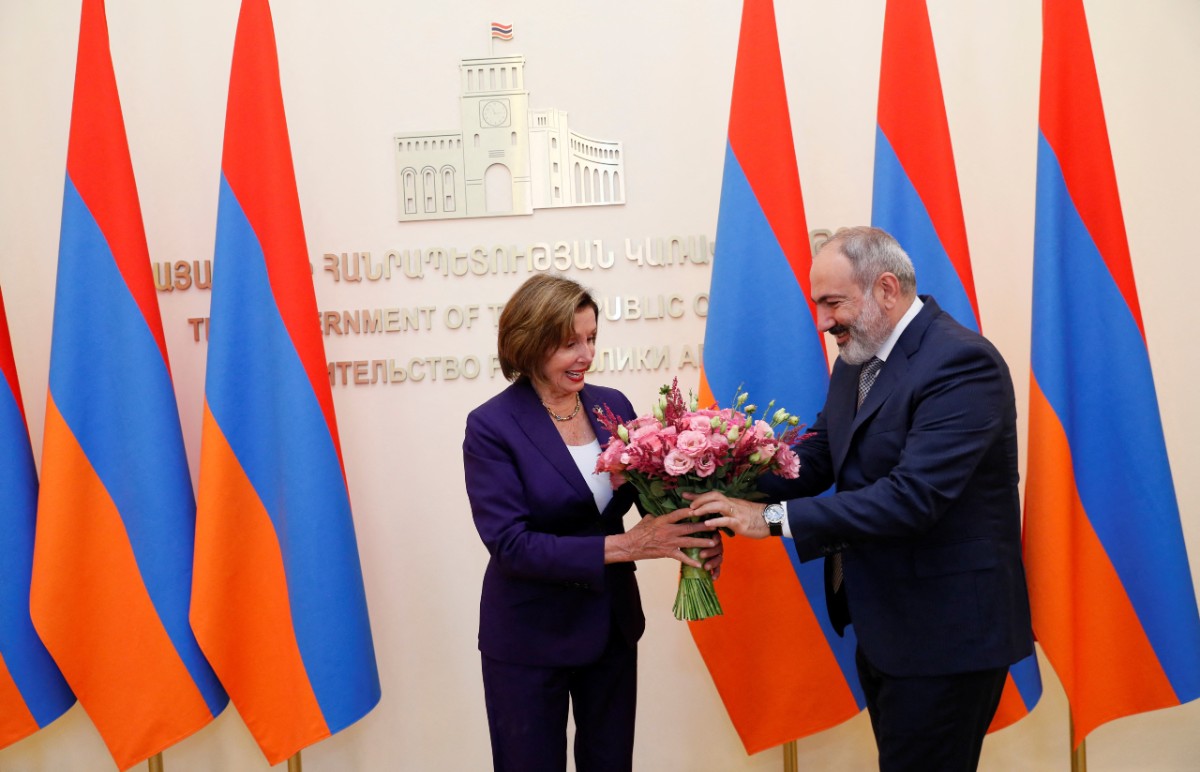 The US is stepping up diplomacy in Eurasia’s South Caucasus after the recent clashes that killed at least 280 soldiers along the Armenia-Azerbaijan border, including National Security Adviser Jake Sullivan. September 27 meeting with Armenian and Azerbaijani foreign policy officials and with Secretary of State Antony Blinken’s previous call with the President of Azerbaijan.

But while Washington’s effort to promote peace in the region is encouraging, it has been undermined by members of Congress, particularly in California, who take a one-sided approach that runs counter to effective diplomacy, both in values ​​and in practice.

Unsurprisingly, Armenia’s supporters in Congress are visiting Yerevan in the wake of the September violence. But as soldiers on both sides died, it is a diplomatic conundrum for a senior official like Pelosi, who is second in the line of succession if the president leaves office, to visit only Armenia and refuse to hear from Azerbaijani leaders.

It was high time for a more balanced diplomatic approach to the region. If she were to visit Azerbaijan and in particular Karabakh, the area that Azerbaijan liberated in the 2020 war after three decades of Armenian occupation, Pelosi would witness Azerbaijan’s extensive efforts to redevelop the area amid the ongoing devastation of the occupation.

This desecration, which I saw with my own eyes on a recent visit to Karabakh, is marked by miles of looted houses, mosques and cemeteries whose roofs have burned down and whose stones have been sold on by Armenians in the construction industry, according to Azerbaijani officials with whom I spoke on the spot. Vandals also sold marble from tombstones and gold teeth from corpses, while the mosques were frequented by cattle rather than worshippers.

Across Karabakh, it’s hard to take a step in any direction without considering landmines – as UN experts estimate there are more than 1 million explosives in the area, which will take 25 years and $5 billion. cost to clean up completely. Araz N. Imanov, senior adviser to the president of Azerbaijan in the Karabakh economic region, explained that in November 2020, when the Armenians had several weeks to withdraw from Karabakh in accordance with a Russia-brokered ceasefire the fire after their surrender in the war, the time to place elusive explosives that have hampered the redevelopment of the liberated areas by Azerbaijan and left the Azerbaijan National Agency for Mine Countermeasures with a seemingly endless task.

What was a lush green area with vineyards and thriving wheat and cotton production before the occupation has been decimated by “ecocide” as wells were blocked from draining water for military purposes, said Imanov, whose emotion is palpable as he discusses how he is still trying to come to terms with what happened in Karabakh.

Despite the obstacles, Azerbaijan continues to rehabilitate the territory. A smart village (in which electronic methods and sensors collect data that is used to efficiently manage assets, resources and services) has been built in Zangilan, where Karabakh’s first school in 30 years opened last month. In Fuzuli, a new international airport is ready to serve as a gateway to the region.

In Shusha – a city known before the occupation as the “Conservatory of the Caucasus” due to its status as a major political, economic and cultural center in the region – Apple Pay came to the area just a week after the 2020 war, meaning the renewed openness to modern technology that promises to breathe new life into the region. Officials in Shusha said the city, which has once again declared Azerbaijan as a cultural capital after the victory over Armenia, has hosted 40 international conferences this year.

While the United Kingdom pledged $1.2 million in August for Azerbaijan’s demining efforts in Karabakh, increased investment in the reconstruction initiative serves America’s strategic and moral interests.

From a geostrategic perspective, Azerbaijan is a crucial US ally in energy security and diversification as the leader of the Southern Gas Corridor – spanning 3,200 miles through seven countries and three pipelines, representing a linchpin of ambitions to break Europe’s dependence on Russia. reduce natural gas. In July, the European Union signed a memorandum of understanding to more than double the supply of gas from Azerbaijan to EU countries.

Furthermore, four UN resolutions confirm from a moral perspective that Karabakh is part of Azerbaijan. Although Armenian supporters in Congress continue to accuse Azerbaijan of ‘war crimes’, international law is on Baku’s side when it comes to rebuilding Karabakh. US policy towards Karabakh should follow accordingly.

Armenia’s sizable American diaspora population, as well as congressional supporters in California and nationwide, will no doubt remain vocal and active. It is now the duty of those who understand the strategic importance of the US-Azerbaijan relationship to make their voices heard.

At the same time, in terms of foreign policy, the bare minimum we should expect from high-ranking American and Californian leaders like Nancy Pelosi is an attempt at balanced diplomacy. Any unilateral effort will do nothing but undermine the peace.

Jacob Kamaras is the editor and publisher of the San Diego Jewish World, the former editor of the Jewish News Syndicate and the founder of Stellar Jay Communications, a PR agency representing Azerbaijan.