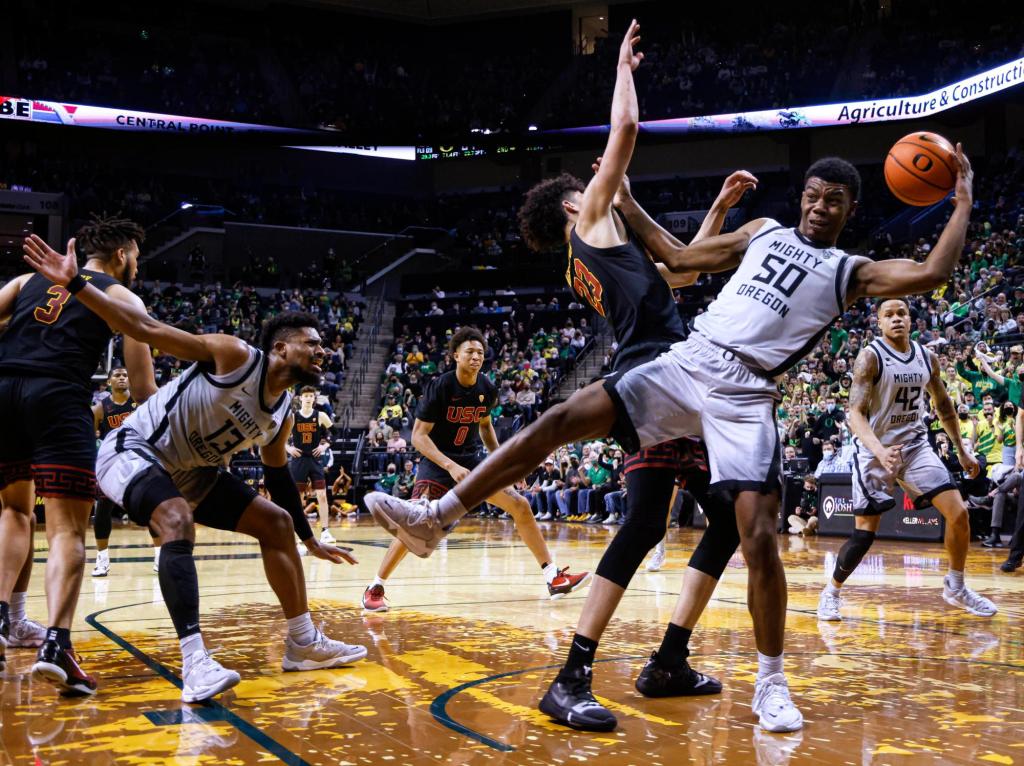 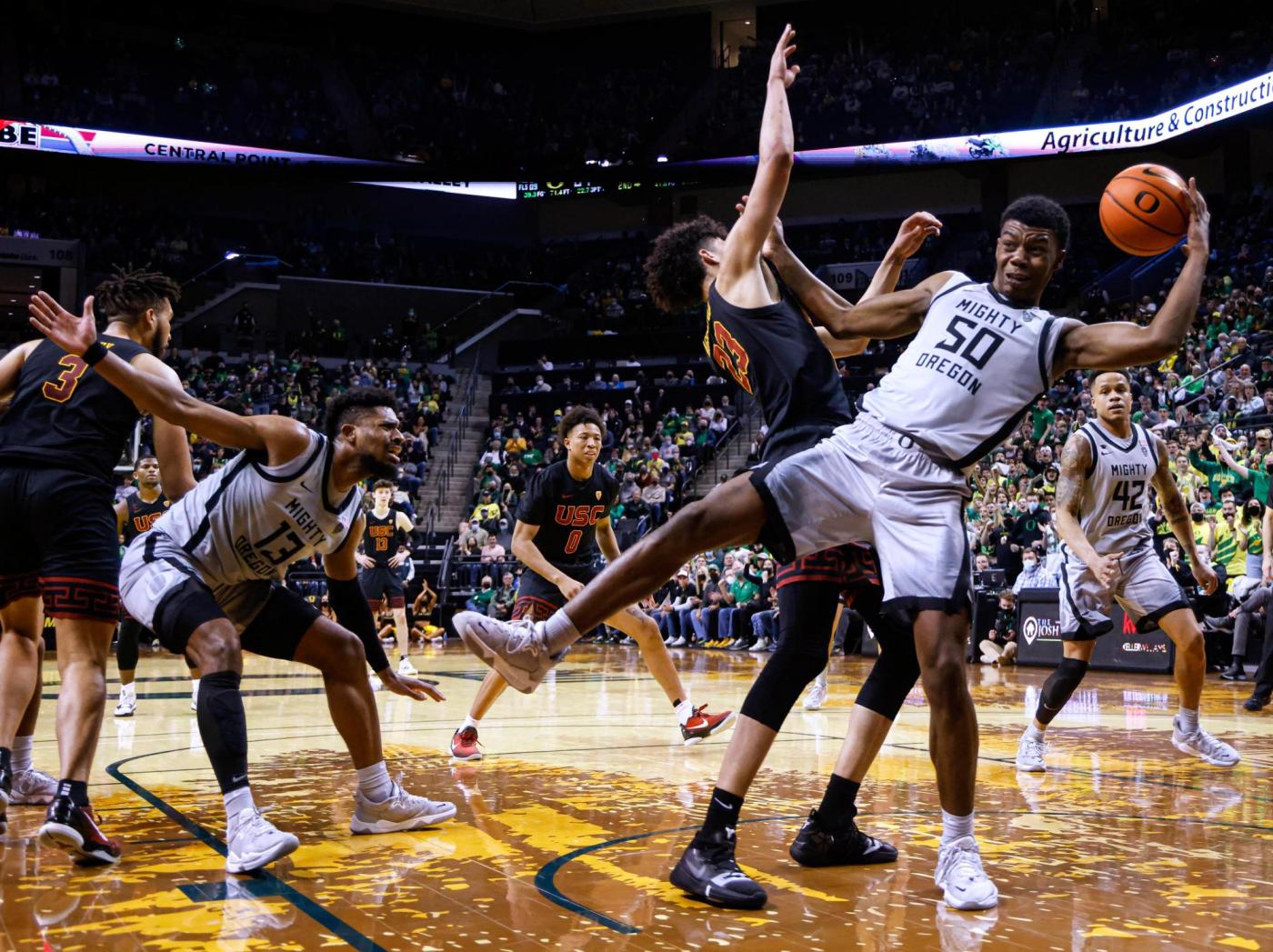 Oregon has spent February trying to overcome shaky losses on its NCAA Tournament resume and bolster its chances of securing a bid.

Coach Dana Altman and the Ducks missed a big chance to help themselves significantly in the past week, too.

Oregon (18-11, 11-7 Pac-12) beat No. 12 UCLA on Thursday but couldn’t follow that with another ranked win in Saturday’s 70-69 loss to No. 16 Southern California. Those marked the last two headlining games on the regular-season schedule for the Ducks, who visit Washington and Washington State this week before the league tournament.

“I’m not going to talk to them about that,” Altman said Saturday when asked about postseason implications. “We’ve got to get better. … (Players) look at that stuff, they know where we’re at. They know what we need to do.”

The Ducks entered Sunday ranked 58th in the NET rankings and sitting on the wrong side of the bubble according to BracketMatrix, which had them appearing on just 14 of 98 projected brackets as of Sunday afternoon.

The Ducks are 3-6 in Quadrant 1 games that headline any resume, with the sweep of the Bruins and a January win against the Trojans sitting at the top of the list. Oregon’s nonconference losses have come by 29 points to No. 14 Houston and by 12 to No. 23 Saint Mary’s in the Maui Invitational, by 32 to BYU in the Phil Knight Invitational and 78-70 to reigning national champion Baylor.

Next weekend’s final at Washington State will offer one more Quadrant 1 opportunity before the Pac-12 Tournament.

“They know we’re not in very good shape,” Altman said after the UCLA win. “Our only hope is to keep winning games. nothing else. … We’ve got some bad losses that we’ve got to try to overcome.”

Michigan: The Wolverines (15-12, 9-8 Big Ten, No. 34 NET) lost for the third time in five games Sunday, falling to No. 15 Illinois with a chance for a fifth Quadrant 1 victory to help their case.

SMU: The Mustangs (20-7, 11-4 American Athletic, No. 46 NET) have a Quadrant 4 loss to Loyola Marymount (No. 210 NET) and missed a chance Sunday to earn a second resume-boosting win against Houston.

Virginia: The Cavaliers (17-12, 11-8 ACC, No. 82 NET) might have seen the end of their at-large hopes with last week’s narrow losses to Duke and then to Florida State on a buzzer-beating shot. Virginia has impressive wins at Duke and against No. 11 Providence, but also has five quadrant 3 losses – including to a James Madison team sitting at 220th in the NET.