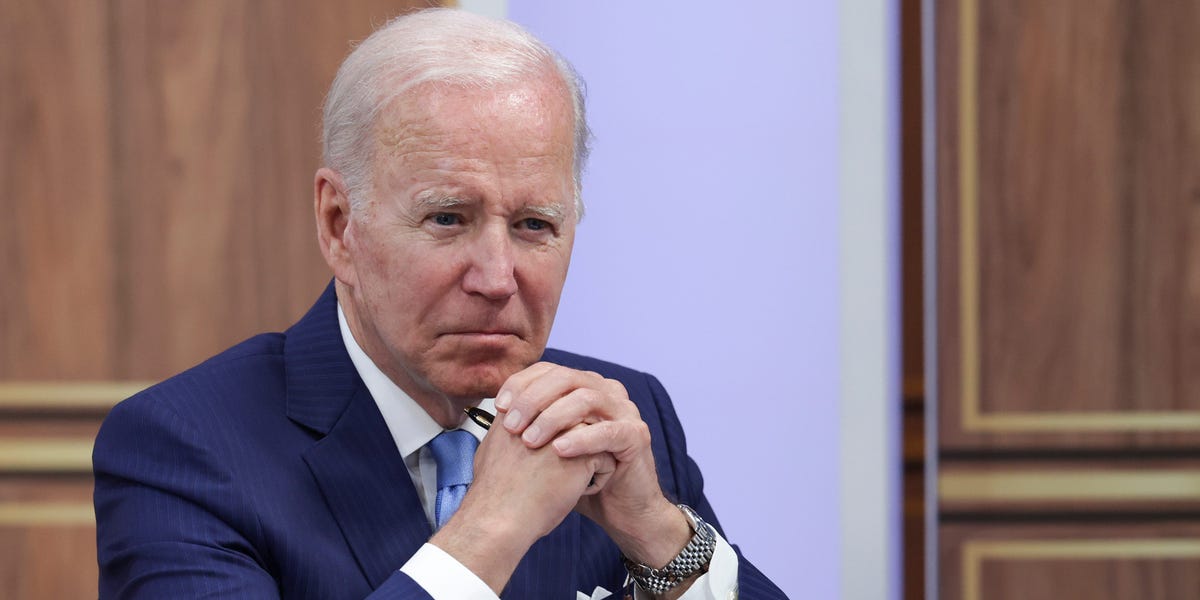 A type of federal student loan with the highest interest rate is very easy to obtain, but quite difficult for many to pay off. A senior education official for President Joe Biden says the issue is on his radar.

“That’s definitely something we’re looking at,” Deputy Education Secretary James Kvaal said during a virtual discussion on student debt on Monday, citing the growing debt burden of PLUS loans taken out by parents and graduates.

“Not all of those programs have a strong payout economically that will allow you to repay those loans,” Kvaal added. “So it’s something that we’re watching very closely. We’re studying it. One thing we’re looking at is whether there should be additional disclosures,” such as giving graduate students data on potential earnings, and any PLUS- borrowers learn more about loan repayment, Kvaal said.

Interest rates on PLUS loans for parents and graduate students are currently at 6.28% and will rise to 7.54% in July. Insider has previously reported on the mounting debt that parent PLUS loans can cause, a type of federal parent loan that covers the full cost of attendance minus any financial aid the child has already received. According to the Urban Institute, the number of parents borrowing PLUS loans doubled from 2009 to 2019, and currently 3.7 million families in the US have $104 billion in PLUS loans.

While parents turn to PLUS loans to ensure they can provide their children with educational opportunities, the problem often arises from the get-go. Reid Clark – a 57-year-old single father with $550,000 in PLUS loans for his five children – previously told Insider that he “will not take the risk of not sending my kids to school, even if it will be a huge financial burden.” But he wished it had been harder for him to acquire so much debt.

Jeff O’Kelley, another 57-year-old father with $104,000 in PLUS loans for his son, told Insider the same thing: the process of taking on debt was “extremely simple.”

Many of these parents don’t regret taking the blame because they had to do what was best for their children, but they do hope they can be included in some of Biden’s emergency plans. But as of now, it’s uncertain if they’re under his consideration. Biden weighs $10,000 in student loan waivers for federal borrowers earning less than $150,000, and the Wall Street Journal recently reported that a final decision is likely to be made in July or August, closer to when student loan payments resume September 1.

Peter Granville of the Century Foundation recently wrote a report on the restrictive nature of PLUS loans, finding that the average PLUS borrower will spend more time paying off their loans than years raising their children, stressing how including parents on social assistance would make a huge difference to them.

“While Parent PLUS loans can open doors for kids, they close a lot of doors for the parents who hold them,” Granville said, adding that “the government’s plans to cancel $10,000 per borrower would go a long way toward helping reduce the risk of debt. Reducing the Most Serious Effects That Occur Parents with Parent PLUS Debt.”