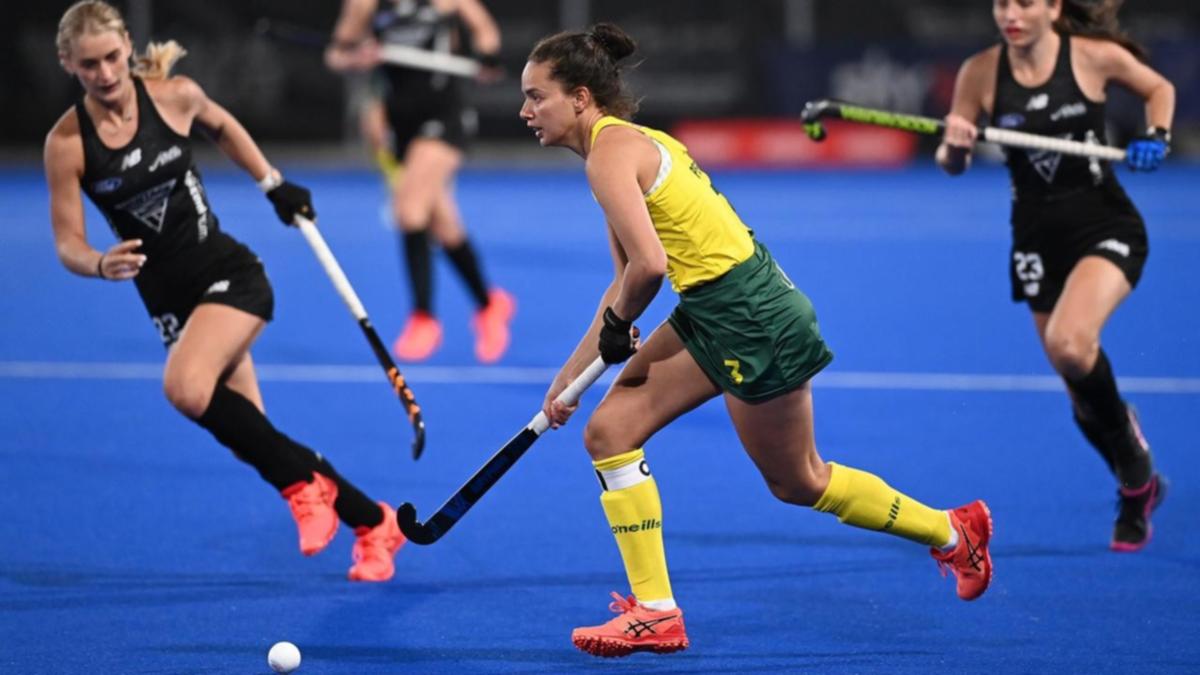 Brooke Peris jumped twice to take the Hockeyroos past the Black Sticks 2-1 in the second game of their four-game Trans-Tasman Series in Auckland.

Captaining the Australian women’s hockey team in its 184th international, Peris scored in the first quarter and again in the last, her goal three minutes before deciding the tie after Olivia Shannon tied the home side in the 39th minute.

Hockeyroos coach Katrina Powell went in with the same 18 players who tied 2-2 on Tuesday in the opening game of the series, with Aleisha Power starting in the goal instead of Jocelyn Bartram.

Forced to come from behind in game one, the Hockeyroos took the lead in the 13th minute on Thursday evening.

A low, hard drag from Maddy Fitzpatrick out of a penalty corner was blocked by goalkeeper Kirsten Nation and Peris was perfectly positioned to produce a world class first attack.

The game was briefly delayed in the second quarter when Rosie Malone was hit in the wrist by a hard batted ball from close range, leaving the midfielder in visible discomfort as she came off the field and played no part in the game.

A bit of individual brilliance in Shannon’s attacking circle in the 39th minute left the scores tied at 1-1.

But it was the Hockeyroos who ended the game stronger and seemed to have the best chance of a winner.

Their reward came in the 57th minute as they moved the ball from one side of the field to the other before Jane Claxton’s ball bobbed into the circle of Black Sticks captain Megan Hull’s stick and bounced past teammate Ani Roberts, leaving Peris could dive and punch. the ball home.

Game 3 of the Trans-Tasman Series is Saturday at 1:35 PM AEST.