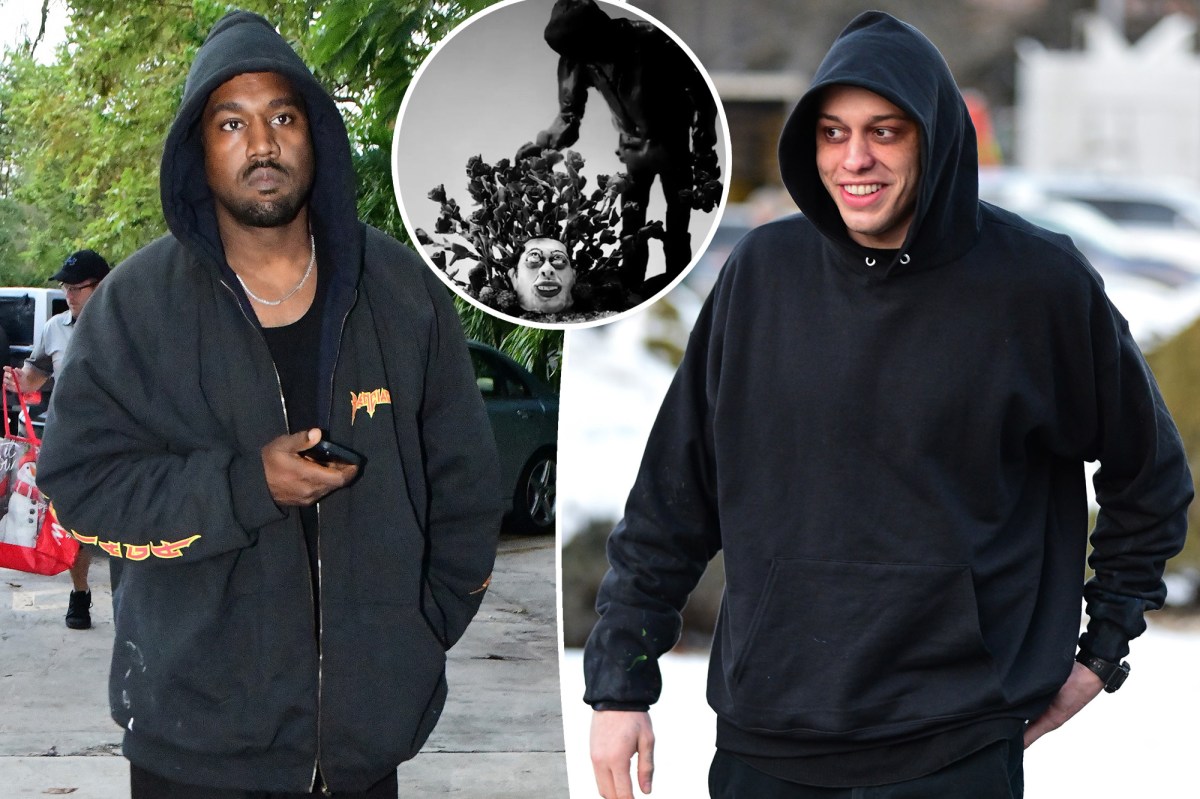 Blinked and you missed it.

Pete Davidson returned to Instagram for less than an hour Wednesday but appeared to decide he was better off the platform, so he deactivated once again.

The “Saturday Night Live” comic’s brief appearance came on the same day that Kanye West released his jarring music video for “Eazy,” in which he kidnapped and buried Kim Kardashian’s beau, 28, alive.

Davidson’s decision to reactivate his account briefly also came amid the court’s decision to declare the Skims founder legally single as she continues her divorce from West.

Kardashian, 41, appeared at the hearing via video conference and seemed “happy” despite the difficult subject matter. She will also drop the last name “West” and return to being known as “Kim Kardashian.”

Meanwhile, West’s new attorney Samantha Spector – whom he hired at the last minute after firing his previous counsel within hours of the hearing – said the billionaire rapper had “no issues” with Kardashian getting her name back but was more concerned with his “assets and interest.”

The judge also granted Spector’s request to return to court in 120 days to take time to resolve custody issues despite Kardashian’s attorney, Laura Wasser, claiming there are none.

Both parties will be back for a status conference hearing on Aug. 5.

Kardashian first filed a request to become legally single in December 2021, just a month after Page Six broke the news that she and Davidson were officially dating.

The Skims founder first filed for divorce from West, 44, in February 2021 after nearly seven years of marriage.