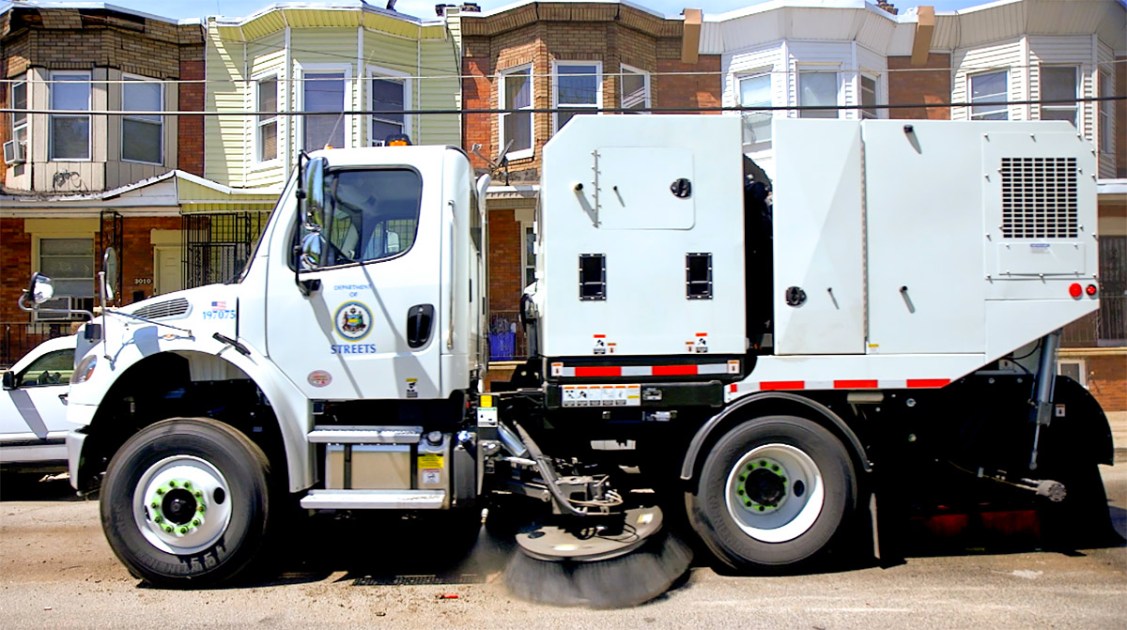 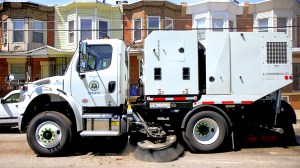 Love Philly? Sign up for the free Billy Penn newsletter to get everything you need to know about Philadelphia, every day.

Waiting for an update on Philly’s long-promised street sweeping program? It’s here. A pilot that launched in 2019 and was expanded last year is starting back up next month.

Information sessions on the new edition of the program are happening this week.

Additional neighborhoods are now on the roster: there are 14 parts of the city listed in Phase II of what is officially called Mechanical Street Cleaning Pilot Program, chosen according to the city’s Litter Index.

The 2022 street sweeping season will run from Monday, April 4, through Wednesday, November 30, according to the Streets Dept. website.

The program will bring vehicles with mechanical brooms — which in some areas will be assisted by Streets workers with those backpack blowers and handbrooms — to the 14 neighborhoods. Sweeping will occur between 9 am and 3 pm on Mondays through Thursdays, the city says, and will pause on any official holidays.

People with cars will have to follow parking restrictions at designated times each week, see more info on enforcement below.

The city is holding informational meetings about the pilot’s second phase this week on Zoom. They’re happening/happened at these times:

Information about how to register and join the meetings is listed in this PDF brochure.

The fine for blocking sweepers’ way is $31, according to the PPA website.

Signage will be added in the other eight areas at some point this season, according to the Streets Department website, which notes that enforcement of the rules in a given area begins 30 days after the signage there is installed. (Another Streets brochure says “on or after May 1,,” so stay tuned for clarification.)

The Streets Department is asking residents in the pilot areas to follow the no parking signs, to place trash and recycling in bags or containers that prevent spillage, and to not sweep sidewalk debris into the street.

Somewhat famously to frustrated residents, Philadelphia is the only major US city lacking a citywide street cleaning program.

Mayor Jim Kenney had pledged to re-implement street sweeping — in the 1900s, Philly was an early pioneer — and during his second term the Streets Department began testing different methods. But the efforts were lackluster: a 2019 WHYY News report found the Philadelphia Parking Authority was making millions by ticketing drivers for blocking streets for sweepers that never came.

The city pledged to reorganize the sweeping program in April of that year, and launched a new pilot.

The initial program was hailed as a success, but was temporarily halted due to pandemic-era budget cuts. Funding was restored a year later in the June 2021 budget, and the mayor said the city would invest $62 million over five years to effectively restore citywide street sweeping.

The second implementation of the program brought cleaning crews to four new areas of the city, adding to the original seven testing zones in areas that had ‘relatively high rate of litter” The areas covered parts of West Philly, Southwest, North Central, Strawberry Mansion , and South Philly.

Expanding to 14 neighborhoods was supposed to happen in 2021, per city press releases, but it apparently didn’t.

The past couple of years have been rough overall for the Streets Department. Household trash citywide increased by 30% during the beginning of the pandemic, which led to overlapping trash delays that continued through 2021. Sanitation crews reported they were understaffed, overworked, and injured.

In the first phase of the program, city sanitation officials announced they would experiment with strategies to allow cars to stay put while streets were sweeping, so people wouldn’t have to lose their parking spots.

Asking drivers to move cars is common in other US cities with sweeping programs, but to avoid that in Philly, the Streets Department tested having laborers wear backpack blowers to blow trash out from under the cars into the streets, where it would then be picked up by mechanical sweepers.

After overwhelming complaints and public controversy, the city switched back to a more traditional method that uses a combination trucks, sidewalk sweepers, and push brooms — and requires people to move parked cars.