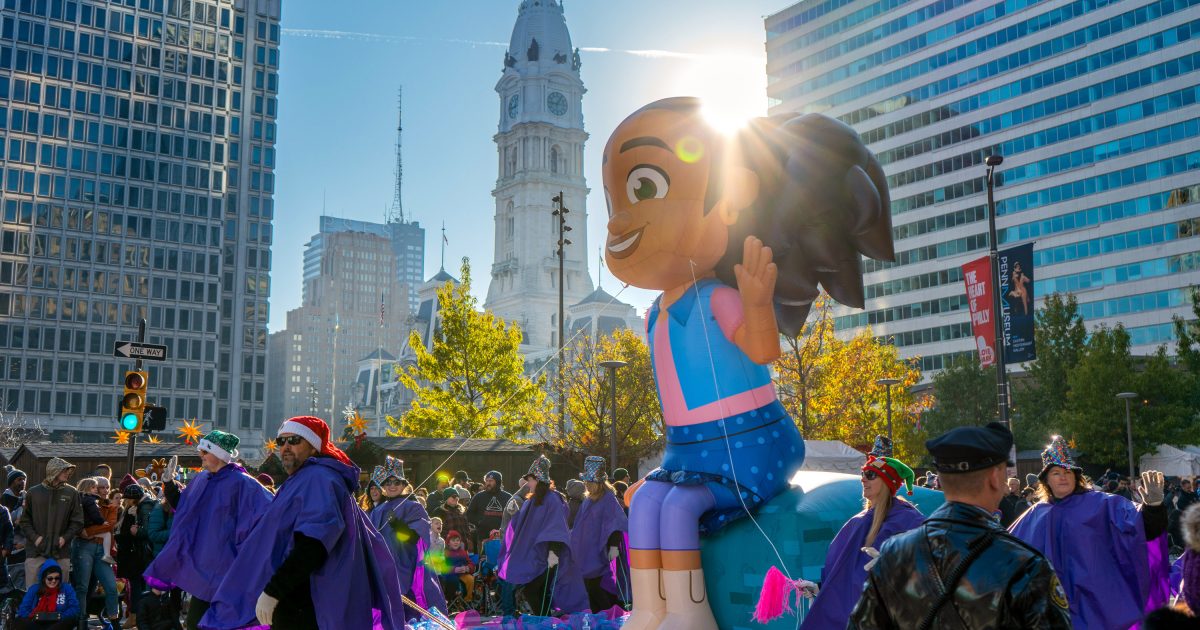 if you’re looking for something that captures the spirit of the holiday season, the Philadelphia event offers it.

The idea for a Thanksgiving parade originated in 1920 in Philadelphia, thanks to the Gimbels department store. In the intervening century, a city in the north stole the thunder and presented a scintillating Turkey Day spectacle that is broadcast across the country.

But if you’re looking for something that captures the spirit of the day, Philly’s Parade is better.

Thanksgiving has roots in colonialism and remains inseparable from capitalism (that first parade was all marketing and the holiday is now considered to kick off the shopping season), but the holiday is being reclaimed. Many Americans use it as an opportunity to reflect, give back, and thank family, friends, and life.

The Philadelphia parade conveys that gratitude for the everyday existence we all share.

The floats are a bit frumpy. The celebrities are local: this year they included Gritty, Jeopardy champ Ryan Long, and — in a coup of sorts, since she’s pretty famous now — Quinta Brunson of “Abbott Elementary.” But the volunteers pulling the balloons, the high school students marching in the bands, the spectators lining the sidelines, everyone involved laughing and cheering.

On a perfectly sunny day, the city gave itself an opportunity to be thankful.