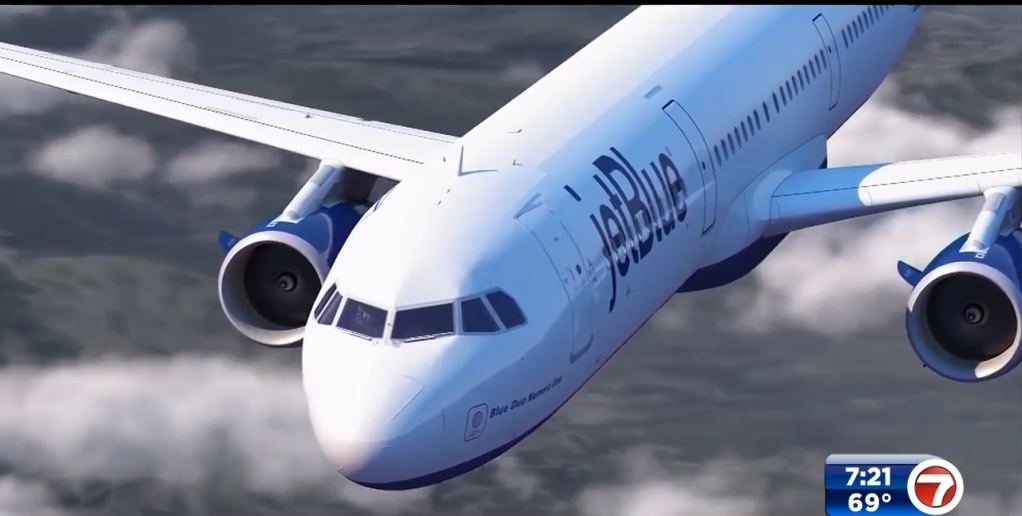 (WSVN) – A pilot was pulled from a plane after being accused of being drunk on the job.

The flight was bound for Fort Lauderdale but hit a delay when a TSA officer noticed the pilot was acting drunk.

The 52-year-old pilot was removed from the cockpit as the plane sat on the runway in Buffalo, New York on Wednesday morning.

He was given a breathalyzer test and officials said it was four times the Federal Aviation Administration’s limit.

Police said the pilot admitted to having five to six drinks the night before at dinner.

He was taken into custody and later released to JetBlue security.

“This is a terrible situation. I can’t even imagine being a passenger, but knowing that people are watching over you and every little detail, I think it does provide passengers and travelers a great degree of comfort,” said NFTA spokesperson Helen Tederous.

The FAA prohibits pilots from consuming alcohol while on duty or within eight hours of performing flight duties.

JetBlue released a statement, which read in part: “The safety of JetBlue’s customers and crewmembers is our first priority. We adhere to all DOT rules and requirements concerning alcohol at all times and have a very strict zero tolerance internal alcohol policy. The crewmember involved has been removed from his duties.”

The pilot is originally from Orlando.

The flight was delayed for more than four hours.

Copyright 2021 Sunbeam Television Corp. All rights reserved. This material may not be published, broadcast, rewritten or redistributed.