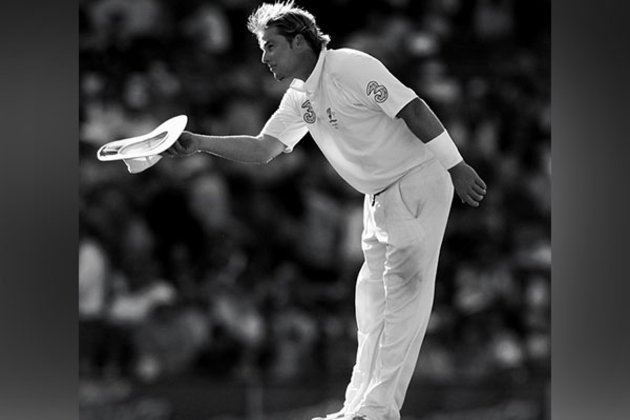 London [UK]June 3 (ANI): Heartwarming tribute was paid to the late Australian leg spinner Shane Warne during the first Test between England and New Zealand at Lords on Thursday.

According to Sky Sports, the opening day of the test match was adjourned after 23 overs and players and the public paid tribute to the legend who wore the number 23 on his shirt during his playing days with a 23 second round of applause.

Previously, the main commentary box in the Media Center was named after Warne in a partnership between Marylebone Cricket Club and Sky Sports.

Warne was a popular cricket pundit with Sky Sports after his retirement from the sport. The unveiling of the commentary box was carried out by his colleague and former player Rob Key, who now works as general manager of the England men’s cricket team.

Key on Warne: “He’s just one of the best people ever.” Former Australia captain Mark Taylor, who was part of the Sky Sports team in the first Test, said: “To have a commentary field named after you at Lord’s where you tried to beat the old foe is a huge honour. It would not be lost on Warney and certainly not on his family.” “We’ve lost a great mate and a man who endeared himself to the English public. They probably started hating him because he took too many wickets, but by the end they absolutely loved him. Why wouldn’t they? He was a great guy and is a great loss to the game. It shows you the fragility of life and that you have to enjoy it,” he added.

Taylor said it was nice to be around Warne.

“I think every player who has played with or against him and every commentator would say that about Warney. He lit up the room, made it fun to play golf, cricket, cards. He played everything to win, but everything for the lol I think that’s why people all over the world were warm to him If you walked into a room you would just notice him I don’t know if it was the teeth or the hair sometimes – the hair started out red remember I me!” he added.

The former Australian batter said playing with Warne made him a better player and captain. “When you get the chance to lead someone like Shane Warne, you learn things,” he added.

Spider legend Warne tragically passed away on March 4 from a suspected heart attack in Thailand.

Warne was one of the most influential cricketers in history. He almost single-handedly reinvented the art of leg spin when he emerged on the international scene in the early 1990s, and by the time he retired from international cricket in 2007, he was the first bowler to reached 700 test wickets.

Wisden Cricketers’ Almanack, a central figure in the Australian ICC Cricket World Cup victory in 1999 when he was player of the match in both the semi-final and final, acknowledged Shane’s achievements by naming him one of the five cricketers of the twentieth century.