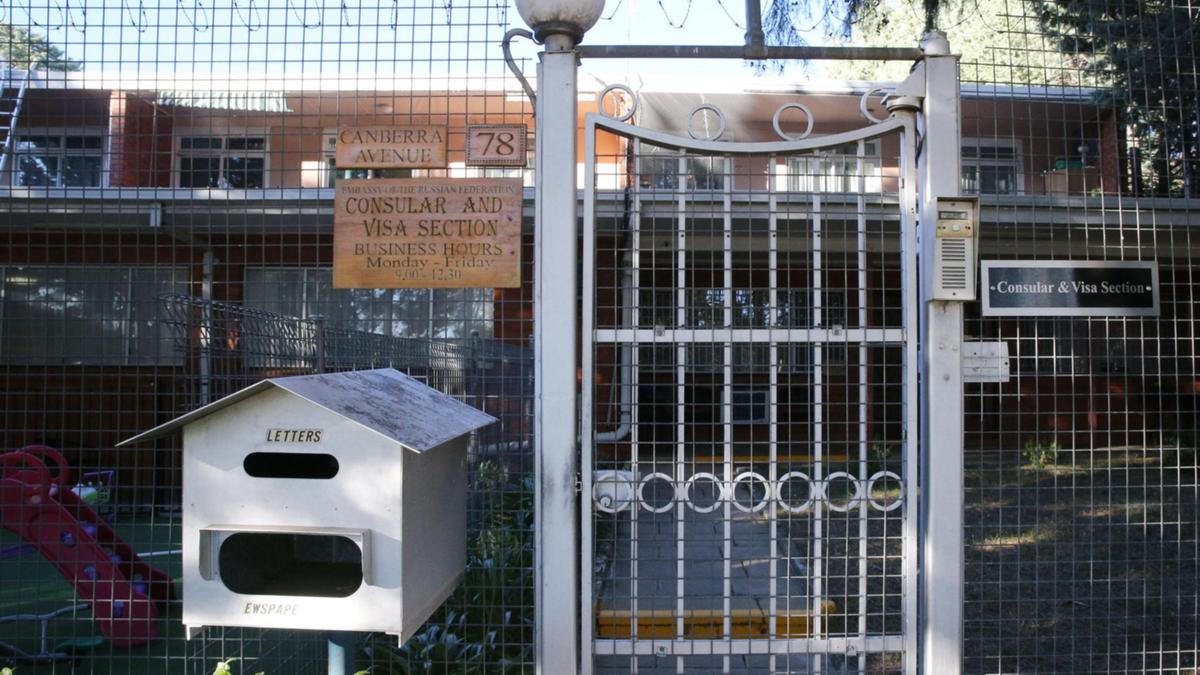 Russian diplomats have been evacuated after a suspicious package was discovered at the embassy in Canberra.

The package containing white powder prompted police and investigators in Hazmat suits to launch an investigation just after 10am on Thursday.

An ACT police spokesman confirmed the contents of the package were being assessed.

Roads surrounding the embassy were closed off as dozens of emergency vehicles – including hazardous materials crews from the ACT Fire and Rescue Service – gathered at the scene.

An emergency filtration tent was erected around the site where the package was discovered.

On Monday, Police were called to the Russian Embassy in Wellington after an envelope containing white powder and a threatening note were received.

The contents were later found to be non-hazardous.

It comes as Canberrans continue to gather in front of the Russian embassy to protest the country’s invasion of Ukraine.

More than 200 people were in attendance at a peaceful demonstration at the weekend with signs condemning President Vladimir Putin’s attempts to topple the Ukrainian government.