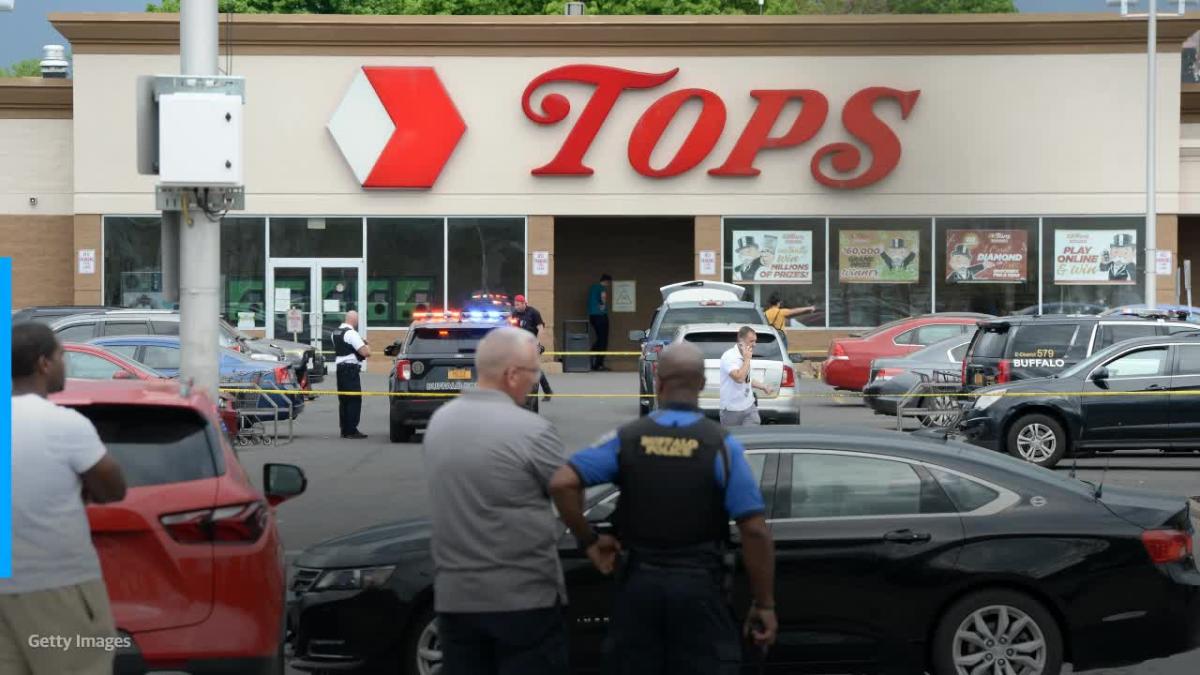 STORY: An 18-year-old white man has been arrested and charged with first degree murder for a mass shooting at a supermarket in Buffalo, New York, in what authorities called an act of “racially motivated violent extremism.” At least ten people have been killed in the shooting, which took place Saturday afternoon in a predominantly black neighborhood in Buffalo. Buffalo Police Commissioner Joseph Gramaglia said the suspect was armed with an assault rifle and body armor when he opened fire in the parking lot while live-streaming the attack on Twitch:1:50. “He worked his way back to the front of the store. Buffalo police responded immediately and took the suspect into the vestibule of the store at which point the suspect put the gun to his own neck. Buffalo Police personnel and two patrol officers persuaded the suspect to drop the weapon, he dropped the weapon, took off some of his tactical gear, and then surrendered. people hit by gunfire were black, and that the attack would be investigated as both a hate crime and an act of “racially motivated violent extremism” under federal law, Twitch said in a statement that it removed the livestream of the attack less than two minutes after it began and was working to prevent it. ensure that no other accounts would repost the content.During the suspect’s arraignment on Saturday, New York Governor Kathy Hochul said such livestream Eams were responsible for a “feeding frenzy” of violent extremist ideology. She also pledged Tuesday to introduce previously planned gun control legislation to address “loopholes” in state laws. …It touches our hearts to know that such evil lurks.” Documents attributed to the suspect are circulating online, including a to-do list for the attack, as well as a 180-page manifesto stating allegations that minorities are replacing whites around the world A spokesman for the prosecutor declined to comment on the documents, while the FBI could not be immediately reached for comment. If convicted, the suspect faces a maximum prison term of life without parole .