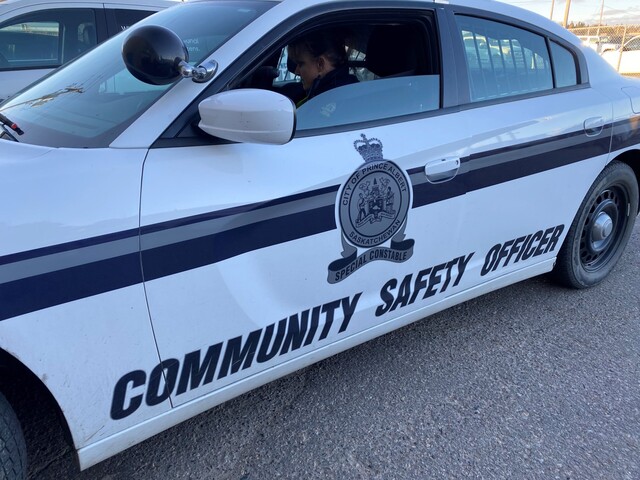 An Indigenous woman in Saskatchewan wants police officers fired over their response to a domestic dispute in which she says she was detained and her 13-month-old son left with a man accused of killing him.

“No mother should ever have to go through this. No mother should have to feel this pain,” Kyla Frenchman said in a statement Wednesday. “He was such a happy baby who was always smiling.”

The Prince Albert Police Service responded to Frenchman’s home on the morning of Feb. 10.

The Federation of Sovereign Indigenous Nations, speaking on Frenchman’s behalf, alleges officers racially profiled her and accused her of being drunk. It says they kept her and left the toddler with his father.

“They locked her up, lied, and said she was drunk when she was not. This is criminal negligence that would be disgusting in any country,” federation vice-chief Dutch Lerat said in Saskatoon. “They didn’t care about the safety of the First Nations baby.”

Kaij Brass was subsequently charged with second-degree murder in the death of Tanner Brass. He was arrested after police received a phone call and returned to the home about five hours after their first visit.

The federation, which represents 74 First Nations in Saskatchewan, said police didn’t do a welfare check on Tanner or bring in the Ministry of Social Services.

Federation Chief Bobby Cameron said Frenchman made the initial 911 call because she was fearful for their safety.

Frenchman, the federation and other Indigenous groups are calling for the officers involved in the initial response to be fired, along with Prince Albert police Chief Jonathan Bergen.

Cameron, who accused officers of being racist against Indigenous peoples, wants Saskatchewan’s Ministry of Policing to investigate the Prince Albert Police Service.

“The officers would have taken the utmost care and attention if that baby was white, but we’re First Nation and we’re being subjected to horrendous, ignorant behavior from these types of officers,” Cameron said.

The Saskatchewan Public Complaints Commission is investigating how police responded to the call. Bergen requested the investigation.

“The message is received loud and clear, and we are acknowledging we have much work to do to build back the trust and confidence of the community that we serve,” Bergen said Wednesday.

He said the two officers who responded to the family dispute were junior members with less than five years experience combined.

Both remain in their roles and, pending completion of the investigation, it will be decided if discipline is necessary, Bergen said.

Since the toddler’s death, Bergen has appointed a new inspector to oversee the service’s patrol section.

He said that before the change, the inspector on duty was responsible for managing multiple areas, including the patrol division, police detention and custody.

“As we look at inter-partner violence and our response as a police service to it, we know there’s a number of areas we can improve,” Bergen said. “That’s where we’re focusing on with the immediate structure change that has occurred.”

The FSIN has called for changes at the Prince Albert police since last year following the deaths of three Indigenous men in custody.

“This is plain racism and it’s hard to see this child’s life was lost because of that,” he said in a statement. “This has traumatized many people and it’s sad to know things like this are still happening.”