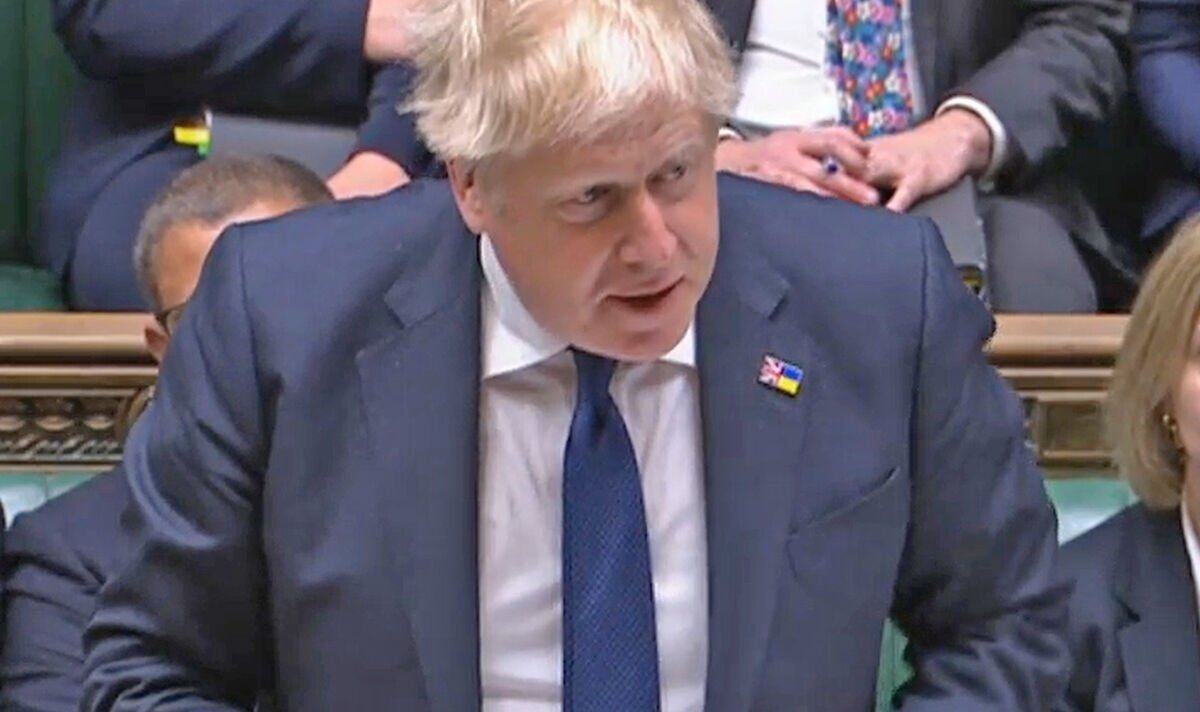 Boris Johnson is accused of accusations by MPs that he has “misled Parliament” following new revelations about the Partygate scandal that has haunted his government since 2021. answers to his behavior during the Covid lockdown from 2020 to 2021, after he was fined by the Met Police for violating lockdown rules. Today MPs will vote on whether Johnson should be investigated if he misled parliament when he was previously questioned about the partygate scandal – but for those on the prime minister’s side, this could be an impossible decision, argues Robert Peston.

He said: “When Tory MPs come to the House of Commons to speak in defense of the Prime Minister, what are they to say that will not be used against them in the election leaflets of the opposition parties?”

Mr Johnson has waived an amendment to the vote that would have delayed the decision to refer the Prime Minister to the committee after the Metropolitan Police completed its investigation and published a report by senior official Sue Gray.

This may indicate that the government is confident enough Tory MPs will vote to block the inquiry that it will fail — or that they are happy that the inquiry is going ahead.

The gist of the vote is based on when Mr Johnson said “all guidelines were followed in full” in Downing Street, but was ultimately found to have broken the rules.

MPs should not accuse each other of lying or “misleading parliament”, as this is considered “unparliamentary language” which violates the etiquette demanded of “dear Members”.

But breaking the rules to this extent is a cardinal offense that the Ministerial Code considers a dismissal case.

Labor’s motion does not prejudge whether the Prime Minister has been guilty of lying to MPs, but instead initiates the appropriate process to investigate whether he has done so.

Therefore, if a Tory MP votes against this process, it will appear as if he is rejecting the proper parliamentary process and denying the party’s accusations to his constituents.

But not to do so seems a grave betrayal of the leader of their party.

Both options would provide ample ammunition for the MPs’ rivals when it comes to local elections in May.

If enough of the Tory MPs are following Johnson’s orders, it appears his majority in Parliament has blocked the proper process for investigating him – what Mr Peston describes as a “constitutional crisis”.

Mr Peston said Andrew Mitchell, the former head whip, had told him he would abstain from voting and defy the prime minister, adding that Mr Mitchell believed enough of the other MPs would do the same to vote.

Another former head whip Mark Harper has also publicly announced his letter of no confidence in Johnson after the prime minister asked his MPs to block the investigation. 54 letters sent would lead to a vote of no confidence.

He said: “I’m sorry to say that we have a Prime Minister who has broken the laws he told the country to follow, hasn’t been direct about it and now the decent men and women on these benches are going to ask to defend themselves.” which I think is indefensible.

“I am very sorry to say this, but I no longer think he is worthy of the great position he holds.”

Mr Peston concluded his analysis by emphasizing the seriousness of today’s vote by saying: “To make clear what is at stake here is different from and arguably as important as whether Boris Johnson should be forced out of to put his office.

“The question is whether the conduct of a prime minister who is considered a violation of important rules can be properly and transparently assessed by his colleagues – as one would expect if there were a functioning constitution in a parliamentary democracy first and foremost. after the post – when that PM benefits from a large Commons majority.

“Therefore, it is no exaggeration to describe this impasse as a constitutional crisis.”